Although families are incredibly diverse, our laws and policies often define family relationships narrowly. In 2018 A Better Balance worked with partners across the country to ensure that all family members, regardless of biological or legal ties, would be covered by these important workplace protections.
Share on facebook
Share on twitter
Share on linkedin
Share on email
Blog Categories: Recognizing All Families 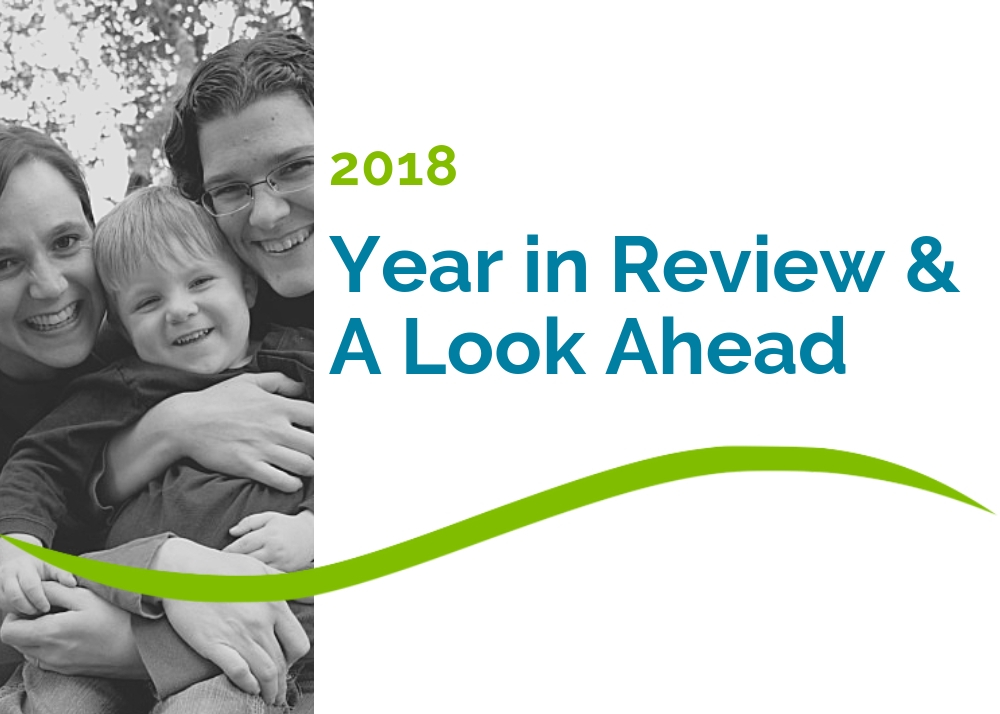 Although families are incredibly diverse, our laws and policies often define family relationships narrowly. A Better Balance is working around the country to pass paid leave laws that define family inclusively and allow workers to care for extended family and loved ones (or “chosen family”) who don’t share biological or legal ties. In 2018, we saw continued momentum and significant victories on this issue. In total, seven jurisdictions passed (or expanded) laws guaranteeing workers the right to use their paid leave to care for themselves and their chosen family members when ill, injured, or in need of preventive care. A Better Balance worked with partners across the country on each measure to ensure that all family members, regardless of biological or legal ties, are covered by these important workplace protections.

One of the year’s most important milestones happened when New Jersey became the tenth state to pass a paid sick time law, and the third state—joining Arizona and Rhode Island—to adopt a model family definition including chosen and extended family. We hope that New Jersey will soon land another family definition victory, as the legislature is poised to expand the state’s paid family leave law to allow workers to care for their loved ones even absent a biological or legal relationship (among other improvements to the state’s existing law).

Another significant victory occurred this year when New York City’s expansion of its paid sick time law (passed in 2017) took effect, providing millions of workers in NYC with the right to use paid sick time to care for chosen and extended family, as well as to address needs arising out of domestic or sexual violence (commonly known as “safe time”). New York City first passed its paid sick time law in 2013, but intentionally returned to expand the family definition and include safe time in 2017, showing the heightened importance of these inclusive protections.

Massachusetts also became the second state after New York to pass a groundbreaking paid family and medical leave law that includes some chosen family relationships. The law includes a flexible definition of domestic partners that does not require legal registration and includes multi-orientation relationships like unmarried heterosexual couples. The law guarantees that nearly all private sector workers can take paid family leave for bonding with a new child (including one placed for foster care or adoption), to address a loved one’s serious illness, and to care for veterans or servicemembers injured or sick as a result of their service.

Another significant victory and 2018 milestone happened when the city of Austin, Texas became the first jurisdiction in the South to pass a paid sick time law and did so with an inclusive definition of family, not dependent on biological or legal ties. San Antonio, Texas subsequently passed a paid sick time ordinance with the same inclusive family definition. Although Austin’s law has since been challenged in Texas state courts and both laws face a threat of being overturned by the Texas Legislature this year, ABB and our Texas state partners are committed to defending these local victories and highlighting the need for such protections in Texas and throughout the South.

Finally, Michigan became the 11th state this year to pass a paid sick time law with an inclusive definition of family, thanks to the tireless advocacy of the Michigan Time to Care coalition, Mothering Justice, and the many LGBTQ families who shared their stories. Advocates worked across the state to garner 380,000 Michigander signatures to take the measure to the ballot, where polling showed it would easily pass in November and be difficult for the Legislature to weaken. Unfortunately, the Legislature sought to bypass the will of the voters by passing the law itself first, with the intent—recently fulfilled—of gutting the law during the lame-duck legislative session. As one of his last official acts, Governor Rick Snyder signed the bill into law on December 14, 2018, which excludes the majority of workers in Michigan, weakens its protections, and can no longer be called a paid sick time law. While the new law still covers parents, children, spouses, siblings, grandparents, and grandchildren, it specifically removed coverage of all chosen family and domestic partners—a devastating loss for diverse Michigan families. Despite this setback, our partners in Michigan plan to collect signatures and place this back on the ballot in 2020. ABB will continue to support our local and state partners as they push back on these anti-democratic tactics and work to ensure diverse families across Michigan are able to use their hard-earned paid sick time to care for one another.

Despite this opposition to paid leave in Texas and Michigan, the progress in these states shows that our work expanding family definitions is spreading to every corner of the country, and is an issue that connects with working families and voters of all hues. Due to the successes in 2018 and recent years, an estimated 20 million workers in the U.S. now have the legal right to use paid sick time to care for extended and chosen family. 2019 promises to bring more victories in our family definition work and—along with our partners at Family Values @ Work—we’ll be working closely with Congress, in states around the country, and most importantly, with diverse families, to ensure everyone can care for themselves and their chosen and extended family members.