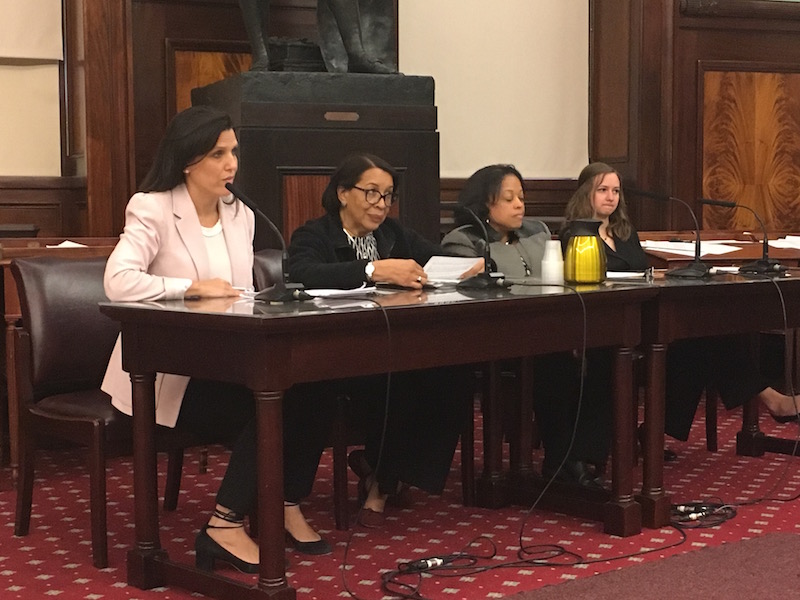 Today, A Better Balance testified before the New York City Council Committee on Women’s Issues in support of legislation to promote gender and racial equality in New York City.

Our testimony focused on Intro 1500 and Intro 1512, both of which would impose requirements on city agencies to address gender and racial disparities within the municipal workforce. Intro 1500 would require certain agencies to complete gender and racial assessments of their employment practices, as well as their services and programs, contracting practices, and budgeting. The bill would also require the agencies to set goals to address the findings of these assessments.

Intro 1512 would require certain city agencies to provide all of their employees with trainings on implicit bias, discrimination, cultural competency, and structural inequity, including with respect to gender, race, and sexual orientation. Agencies would also need to train their employees on how these factors impact the agencies’ work.

These are important and necessary measures that will enable the New York City municipal government to be a model employer for the private sector. In recent years, thanks in part to ABB’s advocacy efforts, the City Council has passed several landmark anti-discrimination laws, such as the Pregnant Workers Fairness Act and New York City’s caregiver discrimination law, both of which apply to municipal workers. However, we know from the calls we’ve received from city employees over the years that agency managers are often sorely uninformed about the rights of their own employees. This lack of training has had devastating consequences for municipal workers like our client Karina Flete, a NYC311 customer service representative who was forced off the job after requesting a modest schedule change to care for her three-year-old daughter with special needs. The proposed legislation would help ensure that what happened to Karina does not happen to other municipal workers.

We also submitted testimony in support of Intro 1520, which would require the measuring and reporting of data pertaining to gender and racial inequality within the social, economic, and environmental conditions of New York City. This data would provide a valuable tool to advocates like us who must often rely on anecdotal evidence of discrimination to push for change.

Finally, we signaled our support for Resolution 542 to call upon the United States Senate to ratify the United Nations Convention on the Elimination of All Forms of Discrimination Against Women (CEDAW).

Working Women of New York: Know About Your Right to Equal Pay

ABB just launched the Working Woman's Pocket Guide. Over the next few weeks, we'll break down each section of the guide. Today's blog focuses on equal pay. Know Your Rights. Because knowledge is power.