The record-breaking wave of women running for office this election season and the soaring voter turnout made a difference. Last night's election results indicate many opportunities and of course some ongoing challenges to advancing the rights of women and all caregivers across the country.
Share on facebook
Share on twitter
Share on linkedin
Share on email
Blog Categories: National Laws, State Laws 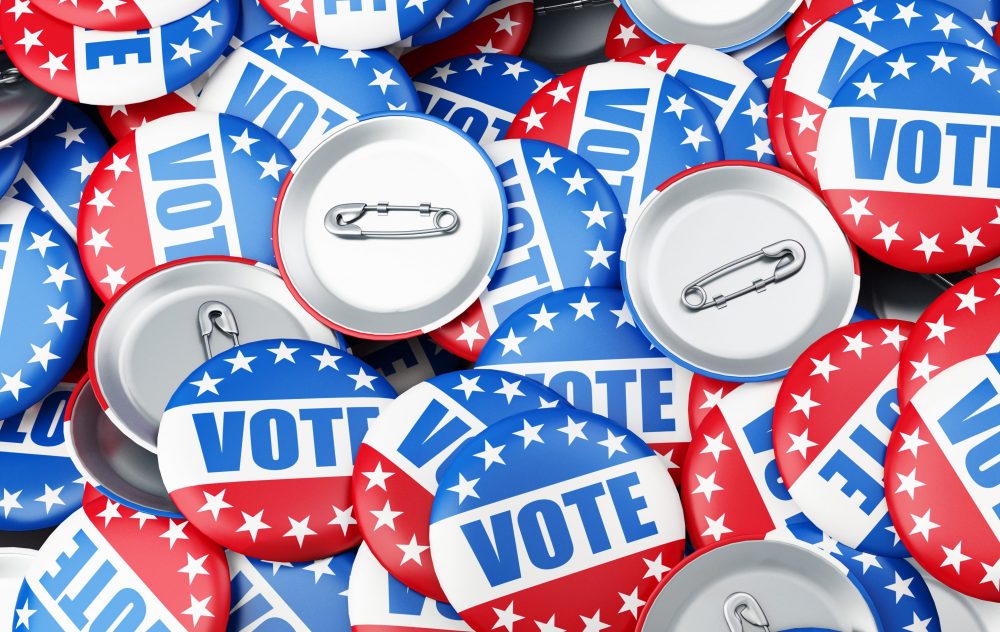 The record-breaking wave of women running for office this election season and the soaring voter turnout made a difference. Last night’s election results indicate many opportunities and of course some ongoing challenges to advancing the rights of women and all caregivers across the country.

Below we assess the new political landscape through the lens of women and working families. We’re excited to get to work.

The House of Representatives will have a very different look in January 2019 due to the results of last night’s election with the Democrats now in the majority. A Better Balance applauds the victories of more than 100 women candidates who will head to a Congress with more female representatives than any other in our history. We look forward to working with the 116th Congress, focusing on moving issues forward that are particularly important for women and their families: the FAMILY Act, which will provide American workers with paid family leave when a new child is born or they or a family member has a serious health condition; the Pregnant Workers Fairness Act, which will guarantee all women in America the right to a reasonable accommodation to allow them to keep working without endangering their health or their pregnancy; the Healthy Families Act, which will provide a minimal number of sick days to workers throughout the country; the Schedules That Work Act, which will provide rights to fair scheduling for many hourly workers; the Paycheck Fairness Act, which will be a huge step forward in the struggle for equal pay for equal work; and the Supporting Working Moms Act, which will extend the legal right to break time and space to express milk to millions more workers.

With the change in Congress we believe these important issues will finally get the attention they deserve. ABB has been working in states and localities to successfully make these rights a reality for many millions of workers and looks forward to working to ensure that all Americans, regardless of where they live, can benefit from these basic rights and protections.

Yesterday’s election saw an increase in progressive leadership in states across the country. Colorado, Connecticut, Illinois, Maine, New Mexico, New York, and Nevada all now have Democratic “trifectas,” where Democrats control the state House, Senate, and Governorship. Oregon has a Democratic trifecta plus a supermajority of Democrats in their House and Senate, and New Hampshire, which still has a Republican governor, now has a Democratic House and Senate. Besides New Hampshire, three other states—Kansas, Michigan, and Wisconsin—no longer have Republican trifectas. These wins have created new opportunities to implement policies across all of our issues areas, from family medical leave to paid sick time to pregnant worker fairness. While these gains have certainly opened doors in some states, we look forward to working with advocates across the country to promote policies that allow workers to care for their families and loved ones without sacrificing their economic security, a goal that has broad bipartisan support.

Voters also decided a number of important state ballot measures, many of which resulted in policy gains for working families. Missouri and Arkansas passed minimum wage increases, victories that were especially important since both states block cities and counties from enacting a minimum wage higher than the state’s. Massachusetts became the first state to pass a referendum prohibiting discrimination based on gender identity, though other states have done the same through legislative action.

On issues related to strengthening local democracy, results were mixed. Although Oregon rejected an initiative that would prevent cities from enacting soda taxes, Washington adopted a similar one and California voters rejected an attempt to repeal the state’s long-standing law limiting local authority to enact rent control ordinances. Nonetheless, we are heartened to see the incredible progress advocates have made in advancing the conversation around the importance of local democracy and allowing communities to develop policies that reflect their own views and values.

Finally, this election saw an incredible amount of progressive energy across the South, though it remains to be seen how many of those elections will turn out. Georgia may well be the first state to elect a female African American governor, and the elections for senators in Florida and Mississippi are still not over. We hope that these results will create momentum for the implementation of progressive policies throughout the South.

Last, but not least, yesterday was a big day for New Yorkers. With a clear Democratic majority in the New York State Senate, both the executive and legislative chambers will now be Democratically controlled. It was also a historic night for women and people of color. Letitia James, the NYC Public Advocate, with whom ABB has worked closely in the past on equal pay and other issues, made history when she was elected to be New York State Attorney General. Her victory marks two firsts: She is the first African American to be elected as New York’s attorney general, and in fact the first Black woman elected to any state-wide office. Additionally, seven women will be replacing men in the State Senate and Andrea Stewart-Cousins, who was re-elected last night, is poised to become the Senate’s first female majority leader, and would be the first woman of color to hold that position.

In the months ahead, we urge New York to lead on a bold agenda for working families, including statewide paid sick time and equal pay measures. Among the list of priorities for the legislature should also be codifying Roe v. Wade by passing the Reproductive Health Act, an especially important measure given an increasingly hostile judiciary and states that are rolling back abortion rights (including West Virginia and Alabama, where anti-choice ballot initiatives passed last night).

We are excited to get to work in Congress and in the states. A Better Balance’s mission is the same today as it was yesterday: to promote equality and expand choices for people at all income levels so they may care for their families without sacrificing their economic security. We are looking forward to building on the election’s momentum and continuing the work to ensure that our mission becomes a reality for all women and caregivers throughout the country.