Precarious Workers & Paid Leave in the Time of Coronavirus

The FFCRA's groundbreaking paid leave provisions provide essential protections to millions of workers, but a combination of statutory and regulatory exceptions potentially leave out as many as 106 million employees nationwide. For precarious workers who too often fall through the cracks of workplace protections, like temporary, part-time, and domestic workers, the law represents an unprecedented breakthrough with some significant and challenging gaps.
Share on facebook
Share on twitter
Share on linkedin
Share on email
Blog Categories: Fair & Equal Pay, Future of Work, National Laws, Paid Family Leave, Paid Sick Time 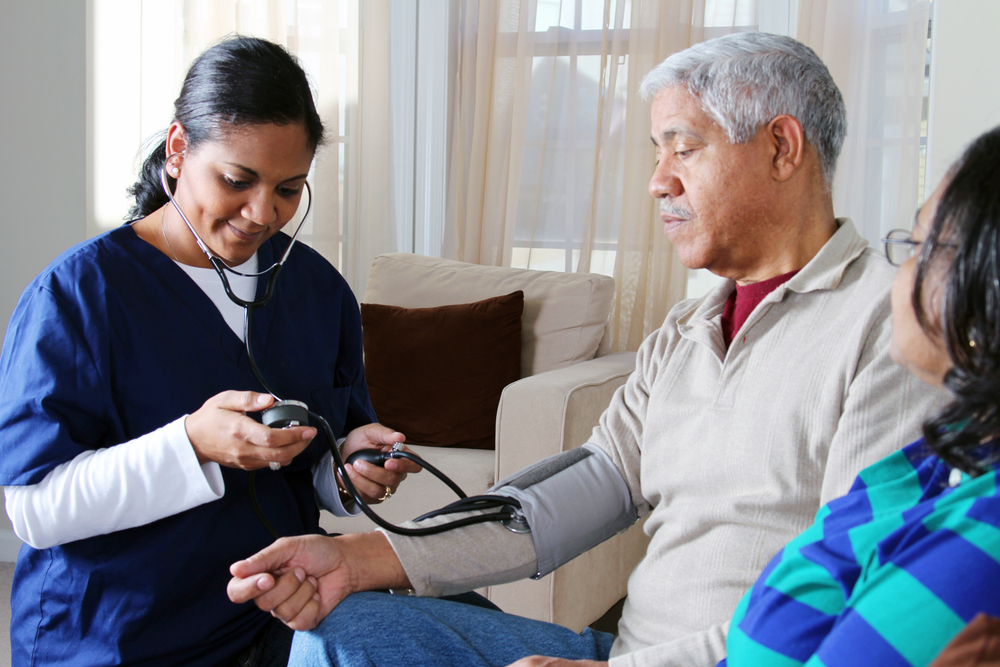 In response to the ongoing public health crisis, Congress passed the Families First Coronavirus Response Act (FFCRA). Among other provisions, the FFCRA gives covered workers the right to paid time off from work for a variety of coronavirus-related reasons—the first time in American history that a federal law has guaranteed the right to paid leave. The law’s groundbreaking paid leave provisions provide essential protections to millions of workers, but a combination of statutory and regulatory exceptions potentially leave out as many as 106 million employees nationwide. For precarious workers who too often fall through the cracks of workplace protections, like temporary, part-time, and domestic workers, the law represents an unprecedented breakthrough with some significant and challenging gaps.

The FFCRA offers two types of paid leave to covered workers: emergency paid sick leave and emergency paid family leave. Emergency paid sick leave provides up to 80 hours of paid leave (or a pro-rated amount for part-time workers) for a range of specific coronavirus-related purposes. These purposes include the need to self-quarantine or seek medical diagnosis for coronavirus symptoms, abide by government quarantine or shelter-in-place orders, care for a loved one who is quarantining, or care for a child whose school or child care is unavailable due to the crisis. Emergency paid family leave, in contrast, provides leave for a longer time (up to 12 weeks, 10 of them paid), but can only be used for a coronavirus-related loss of childcare. Depending on the reason for which leave is taken, these leaves are at either partial (67%) or full pay, up to caps set by law. Subject to certain criteria, employers can be reimbursed for the cost of providing the pay required by law through refundable tax credits.

The twin leave protections of the FFCRA are especially significant because many precarious workers had little to no access to paid leave of any kind prior to the passage of FFCRA. In recent years, many states and cities across the country have enacted paid sick leave and paid family and medical leave laws designed to reduce inequity in access to these essential benefits, including for precarious workers. But the vast majority of states still do not have these laws on the books, which, in the absence of federal action, leaves precarious workers at the mercy of their employer’s policies. As a result, when the crisis began, nearly a quarter of the civilian workforce, over 33 million people, lacked access to even a single paid sick day. Those without access include a disproportionate number of low-income workers and certain groups of precarious workers, such as part-time workers, were especially likely to lack access.

Increasing its impact on this workforce, the FFCRA has some policy features that make it especially advantageous for workers who are too often excluded. For example, the law has no minimum number of employees for an employer to be covered, though it does contain restrictions or more limited protections for some employees of smaller employers. This is notably different from the Family and Medical Leave Act (FMLA), which covers only employers with at least 50 employees, or Americans with Disabilities Act, which covers only those whose employers have at least 15 employees. The lack of a minimum employer size is especially significant for domestic workers, who are often their employers’ only employees.

The FFCRA also provides access to leave quickly. Covered employees are eligible to use their emergency paid sick leave from day one of employment, with no waiting period or minimum time with an employer to qualify. For emergency paid family leave, covered employees need to have been with their employer for just 30 days to use leave. For workers who move from job to job frequently or who take on time-limited assignments, like many temp workers, lengthy minimum tenure requirements are a substantial barrier to accessing needed leave, making the immediate or speedy access under the FFCRA a significant step forward for these workers. For comparison, the FMLA requires employees to have been employed by their employer for a full year prior to using leave. Even state and local paid sick time laws, which are comparatively much more accessible, typically require some minimum time in employment in before workers have the right to use leave, typically 90 days (though longer under some laws).

Similarly, the law has no minimum number of hours a person must work, either per week or cumulatively, in order to qualify. This is particularly important for part-time workers, who are especially likely to lack access to paid sick leave or paid family leave without a legal right to coverage. Eligible part-time workers, even those who work very few hours per week for a particular employer, can qualify for emergency paid leave proportional to the amount of time they typically work. Compare this to, for example, the FMLA, which requires workers to have worked for at least 1,250 hours in the past year for their employer, or an average of 24 hours per week. Cumulative hour requirements hit the precarious workforce especially hard, because of its impact not only on part-time workers but also on those who switch jobs frequently or otherwise have unpredictable hours, making it difficult to accumulate the total number of needed hours.

The FFCRA evens offers a unique new approach to providing paid leave benefits to freelancers and other self-employed workers. The law creates new tax credits for the self-employed, which parallel the FFCRA’s paid leave provisions for employees. The credits approximate the amount a self-employed worker would have earned per day, based on a pro-rated amount of yearly earnings, and use that to approximate how much the worker would have received in emergency paid leave had the worker been an employee. How to effectively and efficiently provide paid leave, especially shorter-term leaves like sick time, to self-employed workers has been an ongoing policy challenge, and the FFCRA offers a new option for consideration. These credits will offer important benefits to truly independent workers, while also offering an additional protection for workers who may be misclassified and struggle to access leave as employees.

At the same time, the FFCRA has significant limitations, many of which will particularly impact precarious workers. The law is limited to specific coronavirus-related purposes and does not cover the broader range of health and family needs. It is also temporary and, without legislative intervention, its paid leave provisions will expire at the end of 2020. As a result, the FFCRA is a potentially instructive model (at least in some respects), it is not a substitute for permanent, comprehensive paid sick time and paid family and medical leave.

Among its limits, the FFCRA leaves out millions of workers, some through specific statutory text and others through regulatory interpretation. First and foremost, the law does not apply to private sector workers whose employers have 500 or more employees, marking the FFCRA as an unusual if not unique employment law to have a maximum business size but not a minimum. This cap excludes many precarious workers from coverage. For instance, according to analysis by the National Employment Law Project, 80% of temporary workers work for agencies with more than 500 employees, though many of those workers may still be covered if they are jointly employed by a smaller worksite employer.

The Department of Labor has also interpreted the law’s exceptions for health care workers and emergency responders extremely broadly. Of particular relevance to precarious workers, the regulations define healthcare providers to include entities that contract with hospitals, pharmacies, laboratories, medical manufacturers, and other health facilities to provide services. Given the increased fissuring of the workplace, this could mean that vulnerable workers who provide important services but are not employees of the locations where they work could lack sick time even when they themselves are sick, risking not only their health but public health.

The regulations also repeatedly limit access to leave under the law to those whose employers “have work” for them. This requirement could leave precarious workers especially vulnerable, since their access to work is often unreliable even in non-crisis times. For example, the DOL FAQs on the law state that a worker whose hours are cut, even if that cut is due to the broader crisis, cannot take FFCRA leave for those hours—a risk that may be especially high for precarious workers.

The critical need for robust paid leave protections has never been clearer. Without these essential safeguards, too many workers will be forced to go to work sick, jeopardizing their own health and exposing others. With virus-related closures compounding the problems of an already limited care infrastructure, parents and other caregivers need paid leave now more than ever. And for those for whose health needs make exposure to the coronavirus especially dangerous, lack of paid leave can mean impossible choices between risking their lives and risking their livelihoods.

The FFCRA offers significant new rights for many workers, including through policy elements particularly helpful to those most often left out, but also leaves out far too many workers on paper and in practice. Many cities and states have already moved to provide additional protections to fill these gaps, whether those executive, regulatory, or legislative action, with others working to do so. Additional federal action (such as through the proposed HEROES Act) is urgently needed to provide all workers, including the most vulnerable, the leave they need in response to this crisis. At the same time, the FFCRA offers important policy lessons, both from its strengths and its limitations, for policymakers to consider and evaluate in the fight to ensure permanent, comprehensive paid leave rights for all workers.

The Urban Institute, The Aspen Institute Future of Work Initiative, and A Better Balance are collaborating on an initiative to strengthen protections for workers in nontraditional jobs. This post is part of that ongoing collaboration.

This piece has been cross-posted on Medium.