The COVID-19 public health crisis underscores the need to ensure that women—who are the sole or co-breadwinner in most American households—are not facing additional hurdles to economic security. The wage gap contributes to higher rates of poverty for women and families, especially women of color and their families. At a time when many parents—especially single mothers—face precarious employment and the need to care for  children and loved ones, it is crucial that we ensure women and families have access to needed resources and support.
Blog Categories: Fair & Equal Pay 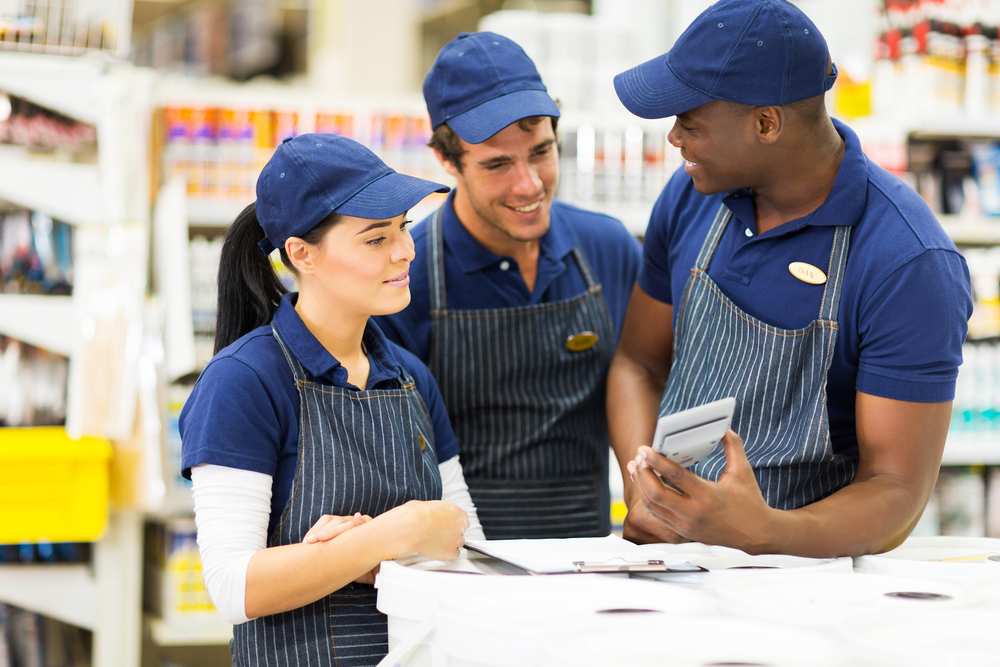 March 31 is Equal Pay Day, which symbolizes how far into the year the average woman has to work in order to earn as much as a man earned in the previous year. Equal Pay Day provides us with an opportunity to reflect on the progress that has been made and on the continued challenges surrounding the persistent gender wage gap. This year, as we face an unparalleled public health crisis, structural gender and racial inequality is coming into even sharper relief.

The COVID-19 public health crisis underscores the need to ensure that women—who are the sole or co-breadwinner in most American households—are not facing additional hurdles to economic security. The wage gap contributes to higher rates of poverty for women and families, especially women of color and their families. If the wage gap were eliminated, the average woman could afford an additional 13 months of childcare, 10 months of rent, and over a year’s worth of food. At a time when many parents—especially single mothers—face precarious employment and the need to care for  children and loved ones, it is crucial that we ensure women and families have access to needed resources and support.

And mothers face a larger wage gap than women without children. Nationally, married or cohabiting mothers earn just 73 cents for every dollar earned by their male counterparts. The gap is worse still for single mothers, who earn only 71 cents for every dollar earned by their male counterparts. Poverty rates for single mothers of color are also higher than for white single mothers. Closing the pay gap would reduce the poverty rate among single mothers by nearly half. Without access to policies like paid family leave and workplace accommodations during pregnancy, many mothers are pushed out of the workforce altogether, further exacerbating the gap in earnings. As we’ve highlighted in our report The Pregnancy Penalty, pregnancy and motherhood are a key driver of inequality – for example, when pregnant women are forced off the job for needing modest accommodations they not only face immediate economic harm but also lasting economic disadvantages. And during this public health crisis, mothers without access to emergency paid leave are being forced out of their jobs at an already economically-vulnerable moment.

Geography also plays a role in the gender wage gap. Southern states are home to some of the worst pay discrepancies for women. Louisiana has the largest wage gap of any state in the country, with women earning just 69% of what men earn, on average. West Virginia (71%), Alabama (73%), and Mississippi (75%)  are also among the states with the largest gaps in earnings.

A multifaceted problem demands a multifaceted solution. As A Better Balance co-founder Dina Bakst explained, “We founded A Better Balance because we recognized the wage gap is a multi-faceted problem. Closing it requires addressing multiple forms of discrimination, including pregnancy discrimination, caregiver discrimination, and unequal compensation for the same work. Closing the wage gap also requires addressing other factors that contribute to its persistence, including the undervaluing of care work and the fundamental lack of supportive work-family policies in America, including paid family, sick time, and quality, affordable child care—now, more than ever, in the midst of a public health crisis we must work to dismantle the additional barriers women in this country face.”

“We founded A Better Balance because we recognized the wage gap is a multi-faceted problem.”

Fortunately, efforts are underway across the country to close the gap.

As of March 2020, twenty-eight states and five localities now have laws that offer additional protections to pregnant workers in need of  reasonable workplace accommodations. We are also proud to lead efforts to pass a federal pregnancy accommodations law, including testifying before Congress in October 2019. We are continuing to work in states across the country to pass laws that enable pregnant workers to stay healthy and keep earning a paycheck so they don’t get pushed down the economic ladder.

In 2019, we expanded New York’s equal pay laws. We passed a bill that prevents employers from asking about, or relying on, salary history information to set salary rates, a practice that perpetuates gender and race wage discrimination since women and people of color begin making less at the outset of their careers. We also passed a bill prohibiting employers from paying employees less based on a broad range of characteristics beyond sex if they perform “substantially similar work” as their colleagues who are not in that protected class. We continue to work to close the pay gap in New York, and are currently working to introduce a piece of legislation that would require employers to disclose the salary range when they are hiring for a job.

In Tennessee, we are proud to support our partners at AAUW in their work to pass a salary history ban. This bill would prohibit private employers with 50+ employees and public sector employers from asking for salary history & from basing a worker’s salary on her previous wages. We were there when the bill passed out of subcommittee in the Tennessee legislature, and we are hopeful that the bill will pass once the legislature returns from recess in June.

We are also proud to be a leading voice advocating for fair and equitable responses to the current public health crisis.

We worked with Congress to pass the Families First Coronavirus Response Act, which provides for 10 paid sick days for many of those who are sick from the coronavirus, quarantined, affected by closures or caring for a close family member who is sick, quarantined or affected by closures of schools, and provides many workers with 12 weeks of partial wage replacement when a child’s school or place of care has been closed, or child care is unavailable, due to COVID-19. We continue to work with Congress on legislation that we hope will be even more protective of working families.

We are also continuing to draft, pass, and implement laws to guarantee that workers have access to paid sick time and paid family and medical leave when they need it—both during this public health crisis and after it ends.

These laws and others like them are crucial steps in the fight to close the gender wage gap once and for all. This Equal Pay Day, in the midst of this public health crisis, we recognize the progress that has been made while acknowledging that much more work is urgently needed to dismantle the structural inequalities that remain in place, especially for women of color, and ensure equal pay for women.