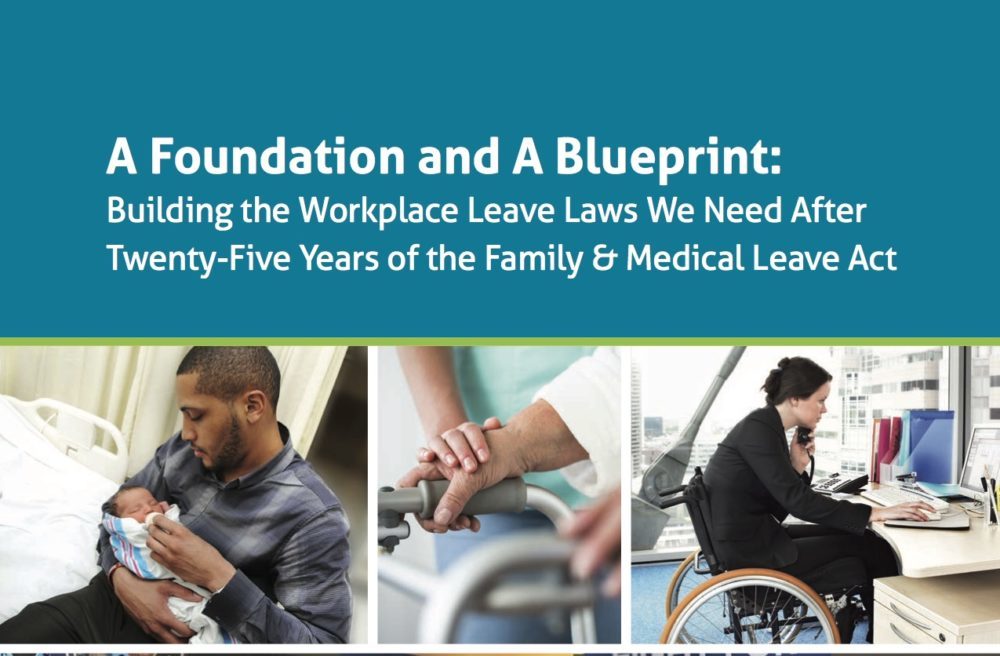 Today marks the 25th anniversary of the signing of the Family and Medical Leave Act of 1993, a landmark law that has helped millions of Americans take the time they need for their health and their families. But since then, federal law has been mostly stagnant while states and cities have been moving forward with stronger protections. Our new report, A Foundation and a Blueprint, lifts up the leadership of these innovative states and cities to light the way toward the workplace leave laws we need now.

States and cities have provided a blueprint for 21st century workplace leave laws, by

Find out more in the full report here. At A Better Balance, we won’t stop fighting until all workers have a real right to the leave they need when they need it the most.

Are you a New York worker who has a loved one serving on active duty abroad? If so, you may be eligible to take up to 8 weeks of paid family leave to address certain needs arising out of your loved one’s military service.

How to Plan for Your Maternity Leave

Planning for maternity leave can feel confusing. The United States is the only high-income country…