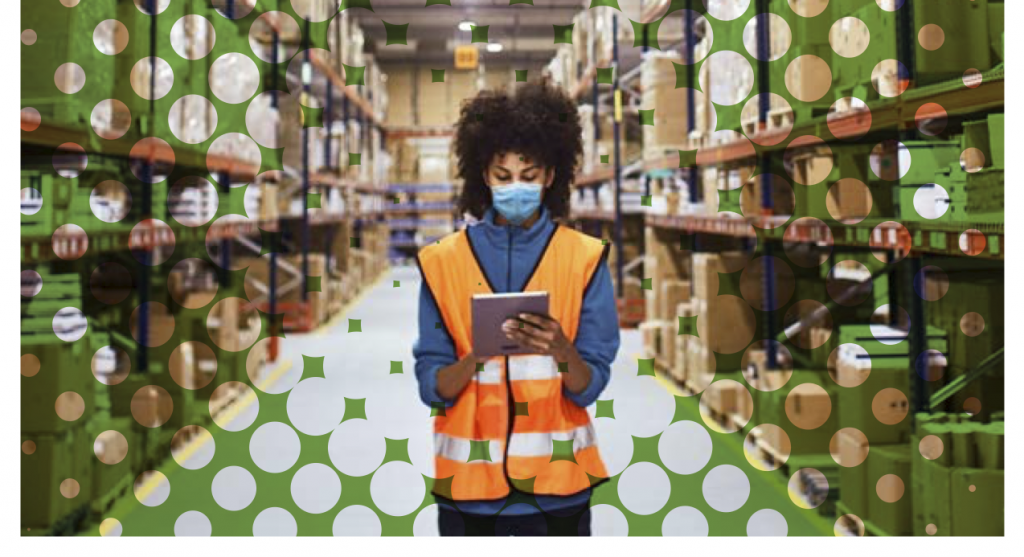 Amazon: In January 2022, A Better Balance sent a letter to Amazon CEO Andy Jassy outlining the grave legal problems with the company’s new Attendance Points Policy and urging Amazon to correct the policy immediately. As A Better Balance Co-Founder and Co-President Dina Bakst explained, “Especially in the midst of a raging global pandemic, no worker should fear punishment or job loss for needing to go to the emergency room or provide care for a seriously ill child or parent. Yet that’s a reality for low-wage workers subject to draconian attendance policies and practices like Amazon’s, which trample on workers’ legal rights to take time off without punishment.” The letter prompted a group of federal lawmakers, led by Senator Elizabeth Warren, to urge the Department of Labor and Equal Employment Opportunity Commission to investigate the Attendance Points Policy’s compliance with federal law. Read A Better Balance’s letter to Amazon and lawmakers’ letter to federal enforcement agencies.

Walmart: In 2020, the EEOC issued a determination finding probable cause that Walmart’s attendance policy violated the rights of Walmart workers under the ADA. The letter was made public by Virginia James, an A Better Balance client and disability rights advocate, in a Medium post: “Walmart’s Attendance Policy Penalizes Workers With Disabilities Like Me. The EEOC Agrees.” The determination is timely for those workers with disabilities who may feel particularly vulnerable during the COVID-19 public health emergency.

Other actions: In November 2020, A Better Balance filed a lawsuit on behalf of Kaytiara McAlister, a former employee of a major manufacturing company in Georgia who was terminated after leaving her shift early when she feared she was having a miscarriage.

A Better Balance is also leading legislative efforts to curtail employers’ use of abusive attendance policies to mislead and misinform workers about their legal rights, including in New York State, where Senator Liz Krueger and Assemblymember Karines Reyes recently introduced a bill to address these practices. The bill will make it illegal for employers to punish employees or subject them to discipline for absences that are protected by local, state, or federal law and will clarify that improperly assigning points or occurrences under an abusive attendance policy, or deducting from an allotted bank of time, can be a form of illegal retaliation.

At the federal level, in March 2022, Senators Warren, Sanders, Booker, and Blumenthal, and Representatives Ocasio-Cortez and Bush called on the U.S. Department of Labor and Equal Employment Opportunity Commission to investigate Amazon’s attendance points policy’s compliance with the Family and Medical Leave Act (FMLA), Americans with Disabilities Act (ADA), and other federal laws. The lawmakers’ demand was spurred by and heavily cited to A Better Balance’s 2022 “detailed legal analysis” into “Amazon’s attendance policy, which appears to penalize workers for taking legally protected leave . . . while also failing to inform workers of their rights.” The lawmakers warned, “Absent action by the department and commission, Amazon will doubtlessly continue to discourage workers from taking the leave to which they are entitled and punish them for doing so, contributing to a culture of exploitation and fear.” Read the lawmakers’ letter, coverage in VICE and Business Insider, and A Better Balance’s legal analysis of the abusive policy.

In November 2021, Senator Cory Booker and Representative Ro Khanna introduced the “Protecting America’s Meatpacking Workers Act of 2021,” which would provide comprehensive protections for meatpacking workers, including ensuring that a broad range of workers, beyond meatpacking workers, are not punished or otherwise discouraged from using legally protected time off through abusive attendance policies. The bill would require employers who maintain a “no-fault” attendance policy to: make the policy available to workers at work and outside it; notify workers of their legal right to time off under federal, state, and local laws, stating explicitly that they will not be punished or assessed attendance points for legally-protected leave; and create a process through which workers can report an absence for legally protected leave and seek removal of improperly assessed attendance points.

In June, 2020, A Better Balance released a new report, “Misled & Misinformed,” detailing how the strict, “points-based” or “no fault” attendance policies favored by some of the country’s biggest employers—including Walmart and Tyson Foods—routinely violate workers’ rights. Amid the greatest public health crisis of our time, these abusive attendance policies mean that despite important workplace civil rights laws, workers on the frontlines are forced to choose between their health and safety, and their job. Read Misled & Misinformed here.

The legal team at A Better Balance has been advocating for changes to Walmart’s abusive attendance policy for years. In 2019, we applauded Walmart’s major change to its attendance policy for pregnant workers, following A Better Balance’s class action lawsuit filed in New York challenging the policy for violating the state’s Pregnant Workers Fairness Act. However, A Better Balance has continued to call on the retail giant to ensure that no worker is punished for a lawful, medical absence – especially workers with disabilities, who the CDC has said are at higher risk of severe health effects due to COVID-19. 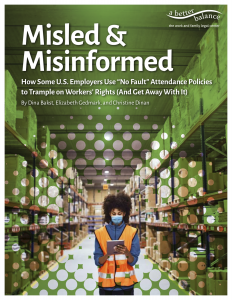 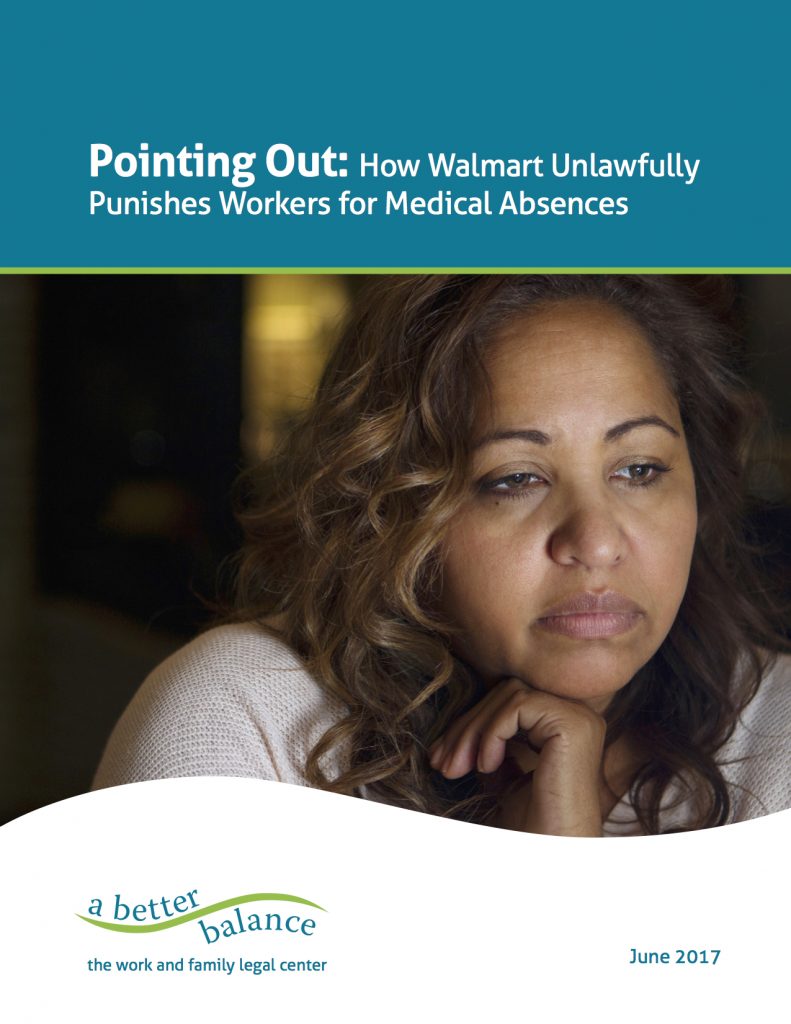 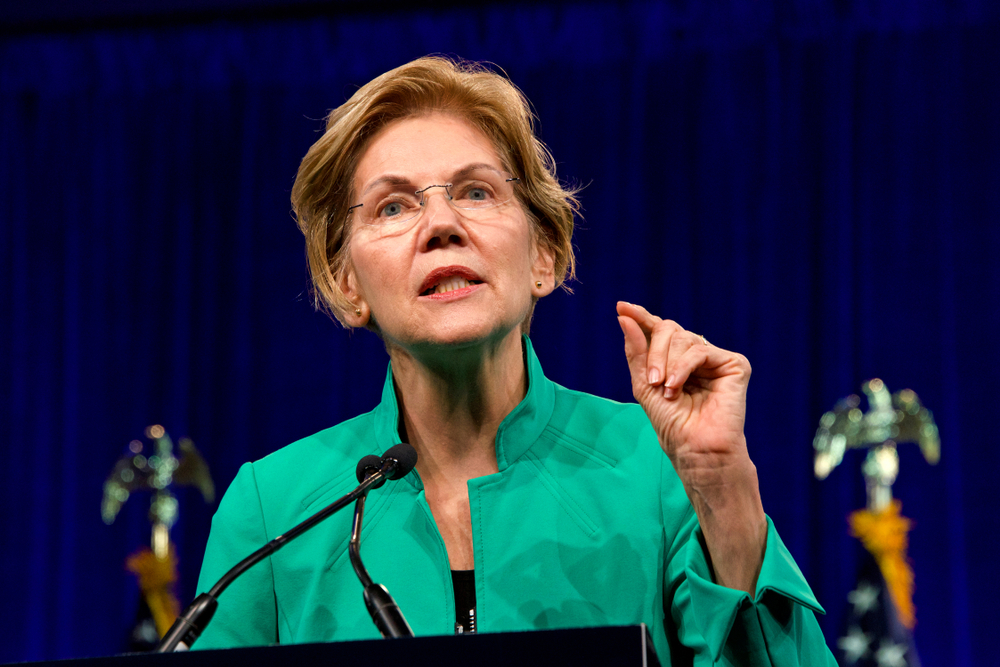 LEGISLATIVE MEMO: In Support of S. 1958, Clarifying That Workers Shall Not Be Punished Or Disciplined By Employers For Lawful Absences

FACT SHEET: Why New York Needs a Law Protecting Employees From Being Punished for Lawful Absences

Pregnancy and Disability Discrimination Charge with the EEOC Against Amazon, Michelle Posey 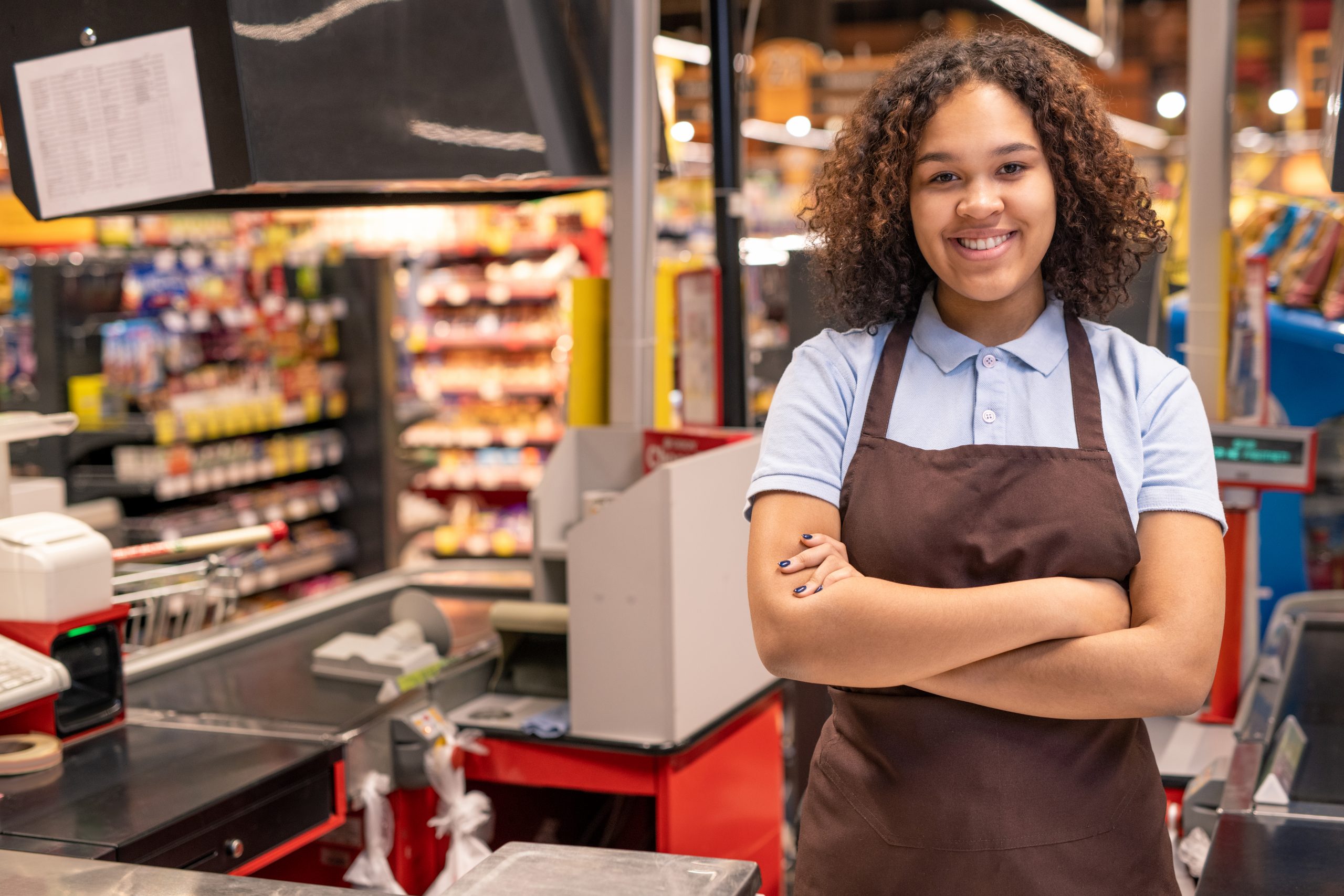 STATEMENT: A Better Balance Applauds New York’s Passage of Bill to Curb Use of Abusive Attendance Policies by Employers 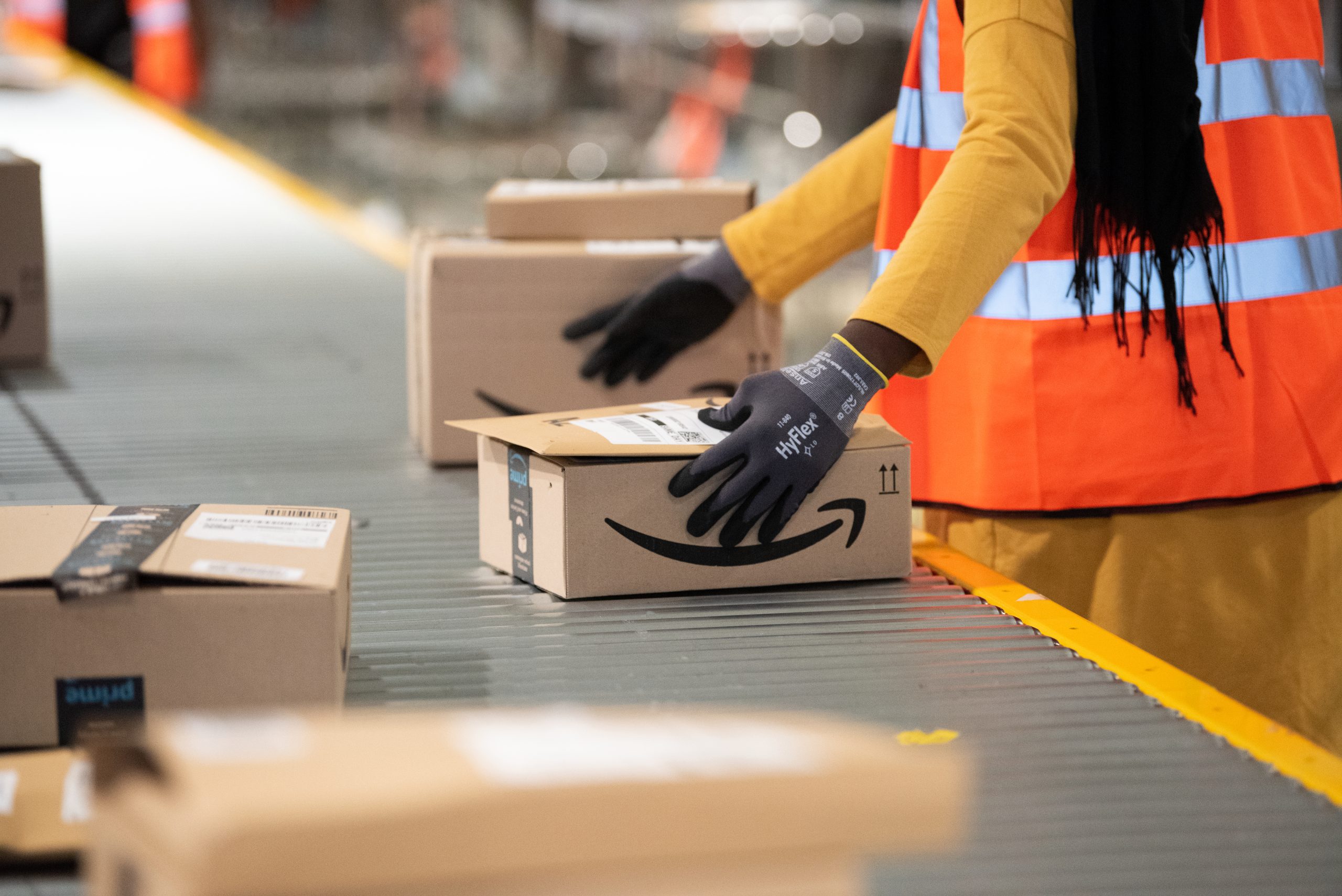 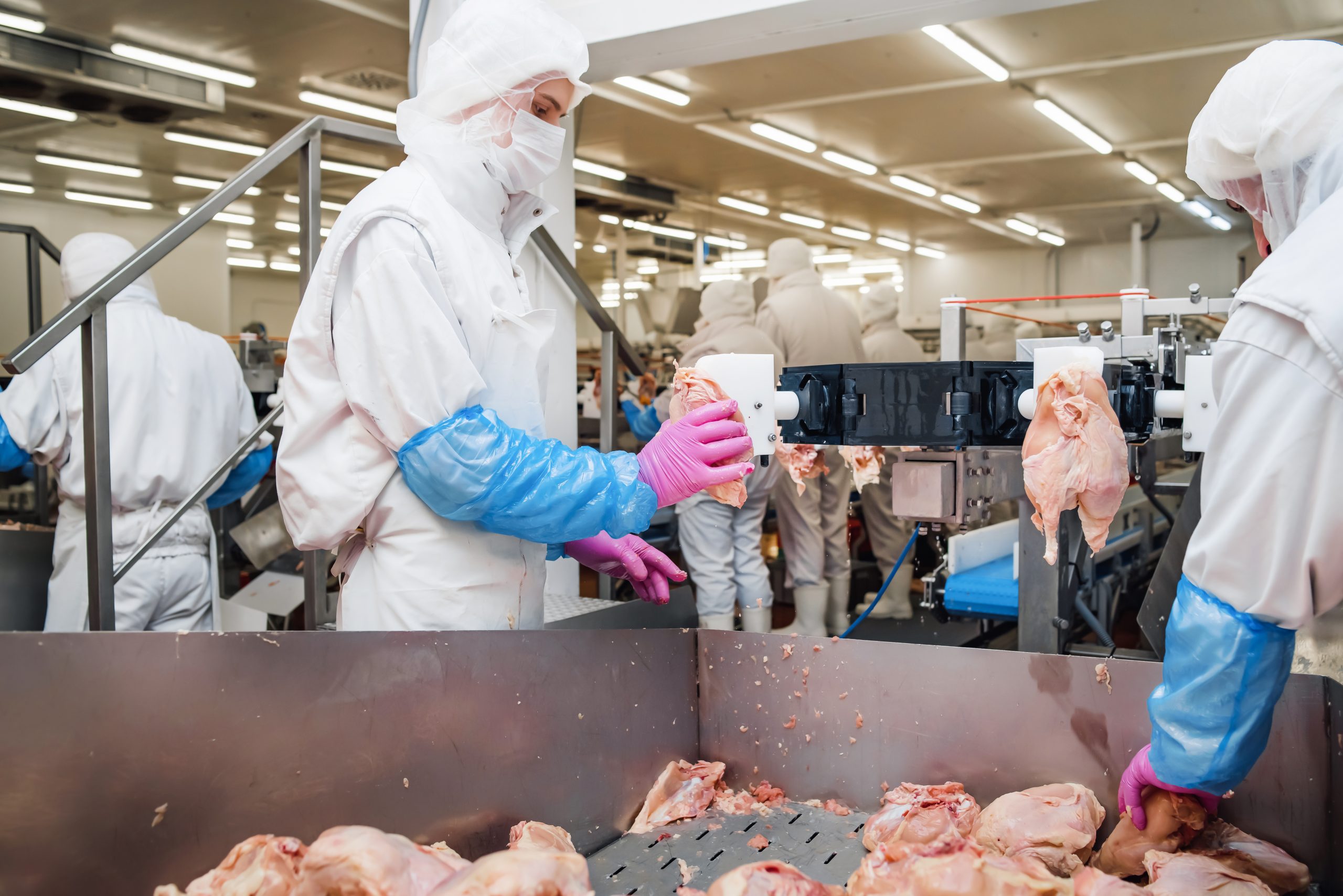 Giving Thanks to America’s Meatpacking Workers with Policy Change 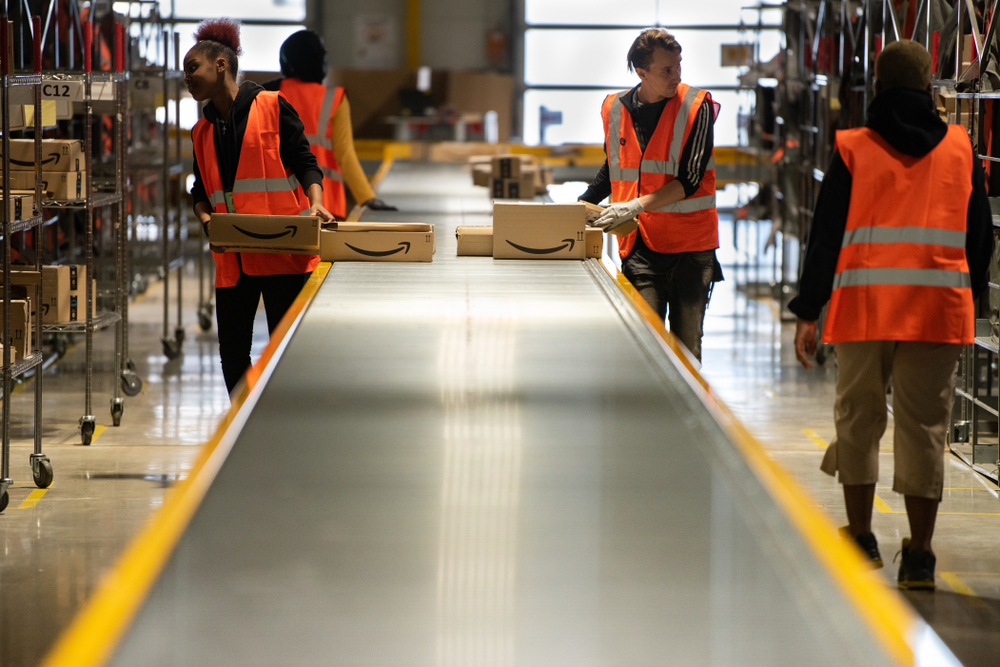 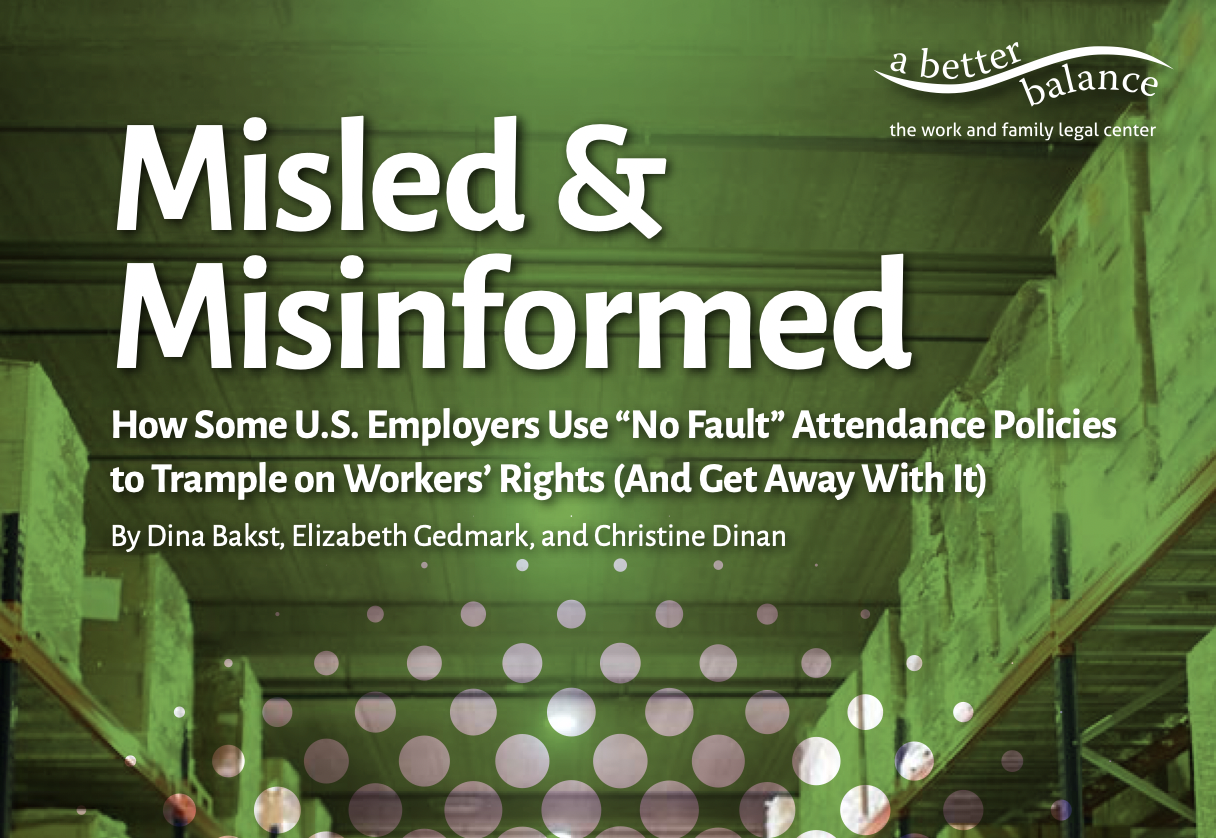 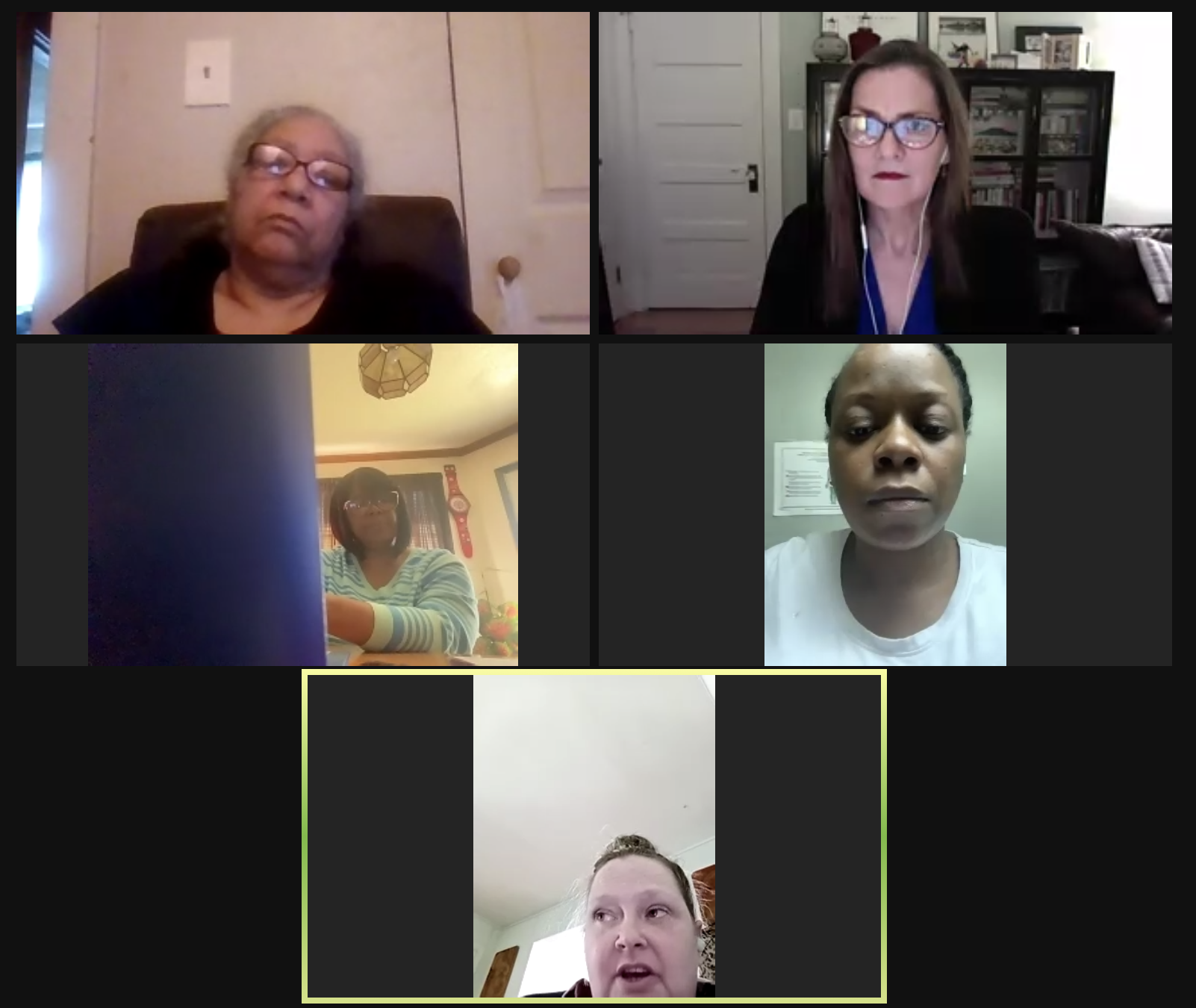