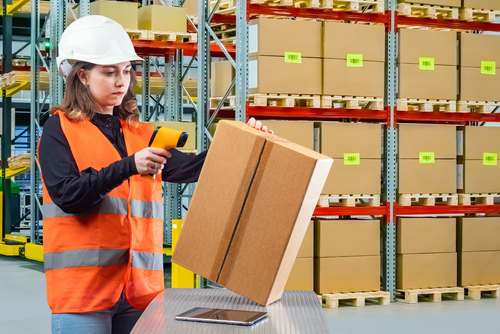 OKLAHOMA CITY, OK – A Better Balance filed a charge of discrimination today with the Equal Employment Opportunity Commission (EEOC) against Amazon, one of the nation’s most profitable retailers and largest employers, on behalf of Michelle Posey, an Oklahoma Amazon warehouse worker who was repeatedly denied accommodations earlier this year for her pregnancy-related disability and punished under an abusive attendance policy. The charge details the unrelentingly harsh treatment that Posey experienced throughout her pregnancy, including when she collapsed at work due to dehydration and was taken away in an ambulance, and indicates that the issues it surfaces may be more widespread.

Posey worked as a stower at an Amazon Fulfillment Center, a position that required her to work 10-hour shifts on her feet, lifting and packing boxes weighing up to 70 pounds. After learning she was pregnant, her doctor recommended a lifting restriction due to her history of epilepsy and preterm labor, placing her at higher risk for complications. Amazon declined this request for several months, contending that there were no available positions that could meet her restrictions – which Posey believes is not true – and forced her onto unpaid leave, causing Posey’s family to lose their housing. When she was called back to work and tried to continue in her previous job without restrictions, Posey was chastised for moving too slowly and not meeting her daily productivity rates.

About a month later, Posey’s doctor recommended that she be placed on bedrest, and she applied for a temporary leave of absence. Amazon failed to act on her request for weeks, and she began to receive emails notifying her that she was racking up “points” for missed shifts under Amazon’s attendance policy, which could lead to disciplinary action. When she tried to protest and have the points removed, Posey – then nearly six months pregnant – was escorted out by security.

Even now, two weeks post-childbirth, Posey is still seeking answers from the company and fears job loss while she recovers.

“All I wanted was to continue working in a way that would keep me and my baby healthy, but Amazon prevented that over and over again,” Posey said. “Pregnant workers should be treated fairly. I’m filing this charge to make sure that others don’t have to go through what I did.”

A Better Balance has reason to believe that the treatment Ms. Posey experienced highlights broader issues with Amazon’s policies and practices. Pregnant workers who have experienced similar treatment at Amazon are encouraged to contact A Better Balance’s free and confidential legal helpline.

Media interested in interviewing Michelle Posey and her A Better Balance attorneys and legal experts should contact Katie O’Brien, 212-430-5982 ext: 166 or kobrien@abetterbalance.org.