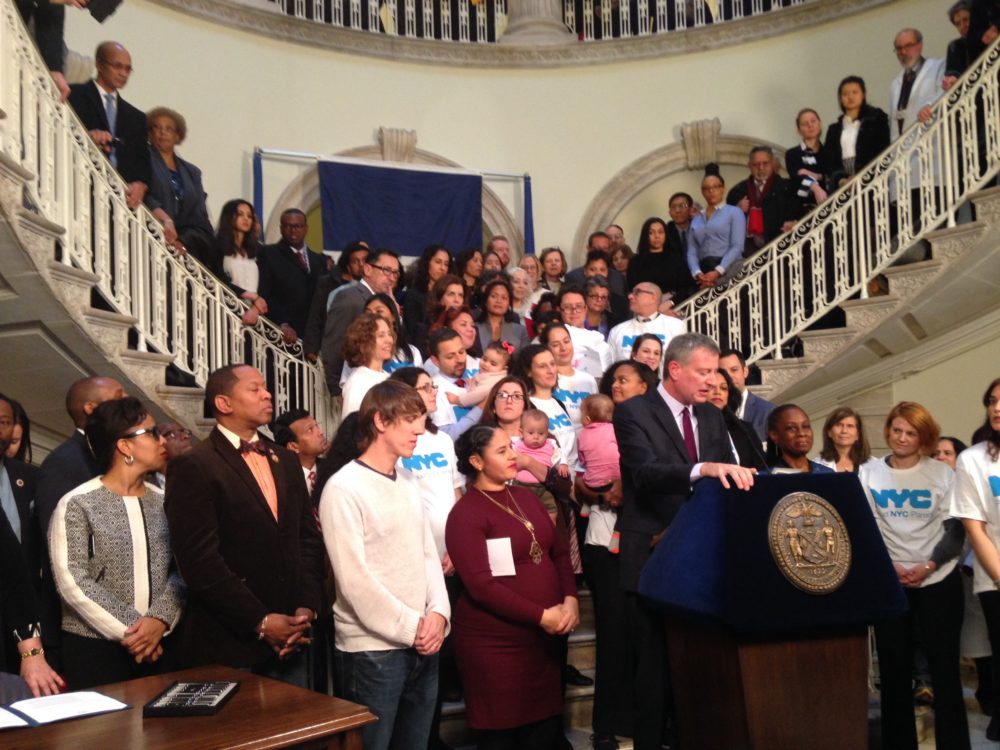 In the first half of 2016, Cincinnati (OH), Ferndale (MI), Kansas City (MO), Kings County (WA), Pima County (AZ), Portland (OR) and Missoula County (MT) passed policies entitling municipal employees to paid leave following the birth, adoption, and in some cases, foster placement of a child. Just this month, members of the Seattle City Council and the Seattle Mayor announced that the city will soon pass a new policy doubling its 4-week parental leave for city employees. A Better Balance worked with Seattle’s City Council to encourage this policy change and testified extensively in support. Seattle is also showing leadership by expanding its leave policy to include family care. Under the proposed policy, all city employees will have at least four weeks of paid leave to care for a seriously ill family member. Under the new policy, most city employees will also now have eight weeks of paid parental leave to bond with a new baby; when combined with other existing leave benefits, workers will be able to take at least twelve weeks of leave when a new child is welcomed into the family.

In Washington, D.C., municipal employees are entitled to eight weeks of paid parental leave, plus the potential use of additional accrued paid time off. D.C.’s municipal paid family leave program—like the new proposal in Seattle—includes leave to care for a seriously ill family member. D.C. has also led in its recognition of diverse families, defining “family” in its personnel policy to include a person with whom a worker shares or has shared in the past year a mutual residence and a committed relationship. Washington, D.C.’s policy for its own workers also covers all relatives through blood, marriage, and domestic partnership.

By establishing policies that allow their employees to balance work and family, states and localities can act as models for all employers, proving that fair workplace policies are good for workers and good for business. A Better Balance is looking forward to continuing to build on this exciting progress and helping more governments become model employers.