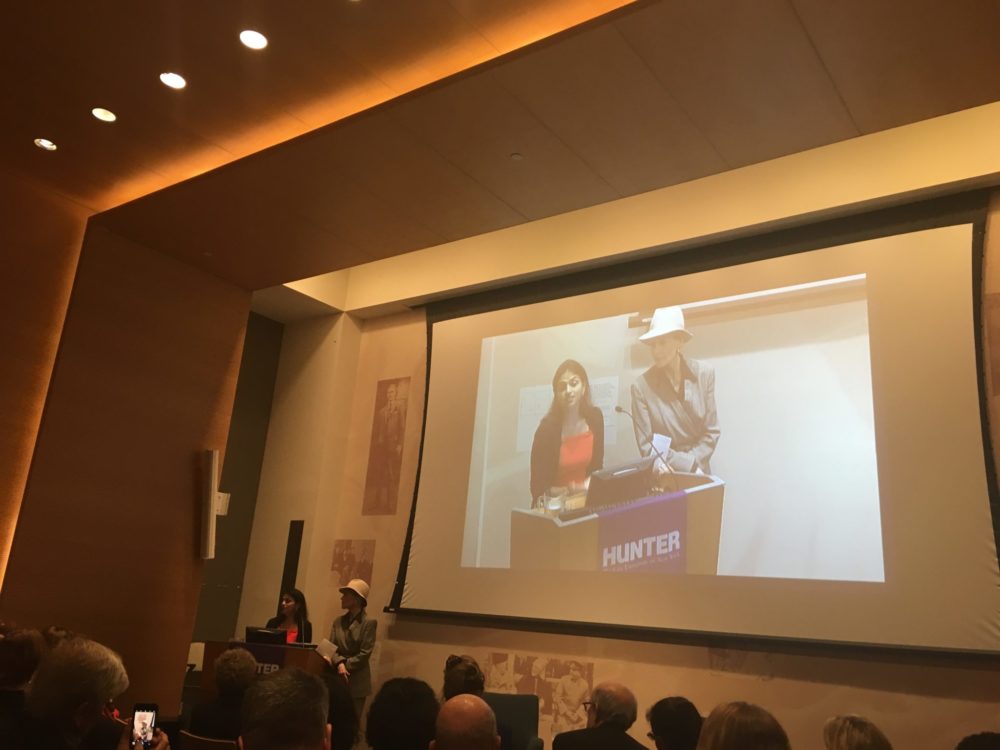 Advocate Saru Jayaraman, Co-Founder & Co-Director of ROC United, and actress-activist Jane Fonda speak at the Roosevelt House Public Policy Institute at Hunter College on Tuesday in support of the One Fair Wage Campaign

New York women routinely endure discrimination and harassment in order to provide for their families. This is especially true for women in the restaurant industry, who must rely on tips in order to make minimum wage. A Better Balance is proud to stand with our partners at Restaurant Opportunities Centers (ROC) United who are fighting through the One Fair Wage campaign to end the culture of sexism and abuse within the restaurant industry.

New York is one of 43 states where tipped restaurant workers are paid a separate, lower minimum wage than other workers. In New York, the poverty rate for tipped restaurant workers—the majority of whom are women, many of them single mothers—is more than twice that of other working New Yorkers. Because women restaurant workers are forced to rely on tips to make minimum wage, their livelihood often depends on tolerating regular sexual harassment from male customers—in addition to harassment they frequently experience by coworkers, supervisors, managers, and owners. Indeed, the restaurant industry is the single largest source of sexual harassment claims in the U.S. More than one-third of all sexual harassment claims filed with the Equal Employment Opportunity Commission come from the restaurant industry, even though just 7 percent of women work in it.

For the many women who begin their careers in restaurant jobs, they are taught at a young age that unwanted touching, degrading comments about their appearance, and other forms of harassment are normal workplace behaviors they are expected to tolerate in order to earn tips.

The One Fair Wage campaign is fighting in New York and nationally to help end this abusive culture by eliminating the two-tiered wage system and raising the subminimum wage for those who work for tips in the restaurant industry to match the regular minimum wage paid to other workers.

As a legal advocacy organization dedicated to ensuring fairness and justice for low-income women, A Better Balance is proud to work in partnership with ROC to achieve one fair wage for all workers. We deeply appreciate Governor Cuomo’s support for this initiative, which, if enacted, would build upon his unparalleled commitment to ensuring the health and economic security of women and families.