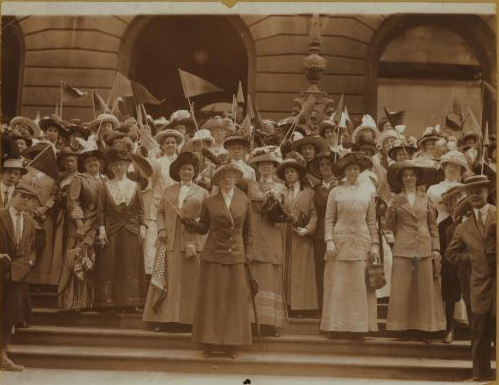 On Friday, August 26, A Better Balance is celebrating Women’s Equality Day! Though the fight for equality in the workplace is a continuing battle, great strides have been made in New York.

In January, many parts of the Women’s Equality Act went into effect, including the Pregnant Workers Fairness Act, and a law banning discrimination based on family status.

Now, under the Pregnant Workers Fairness Act, employers with four or more employees have to provide workers with accommodations for pregnancy and related conditions, such as allowing the worker to sit or carry a water bottle, unless they can demonstrate that the accommodation would be an “undue hardship” on the business.

Family status discrimination is now illegal in New York. Employers of four or more cannot fire or otherwise discriminate against a parent because they care for a child under 18.

Furthermore, New York now has one of the strongest equal pay laws in the country. The law makes it easier for employees to find out if they’re being paid less because of sex discrimination, and creates a fairer standard for proving that you’re facing sex-based discrimination in your pay.

In addition to laws included in the Women’s Equality Act, New York also has Paid Family Leave, which passed in April 4, 2016, and will go into effect on January 1, 2018. It is the most generous paid leave law in the country, and guarantees workers 12 weeks of job-protected leave to bond with a new child or care for a seriously ill family member.

Finally, New York has strong protections for nursing workers who need to express milk while in the workplace. Employers are required to allow workers unpaid break time to express milk at work or allow workers to pump during regularly scheduled paid breaks. In addition, employers must try to find a private space for you to pump that is not a bathroom.

A Better Balance worked tirelessly on the campaigns to get these laws passed and help bring the workplace closer to an environment of equality. This post includes general information about the law, and if you believe you are facing violations of any of these laws from your employer, do not hesitate to call our free legal hotline at 212-430-5982 for advice relating to pregnancy, caregiving, and leave in the workplace.