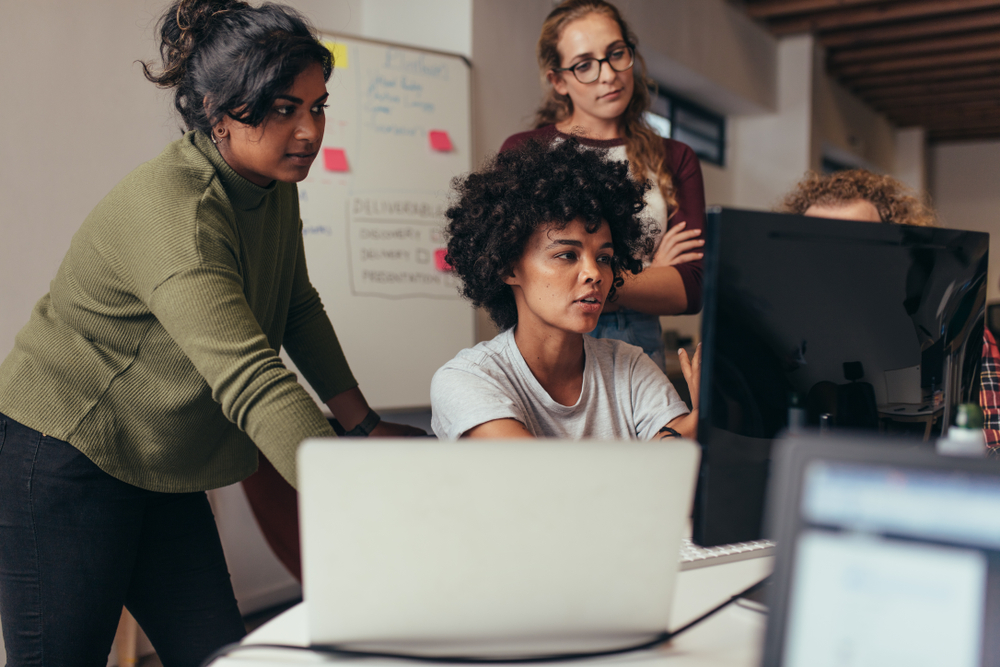 Recent Labor Department data shows that women have now overtaken men as the majority of the labor force. Women have always worked and played a crucial role in our economy, but more than ever, it’s clear that our workplace laws are far behind. So this International Women’s Day and Women’s History Month, we’re calling for federal laws that will go a long way towards advancing gender equality.

The Pregnant Workers Fairness Act would ensure that pregnant workers everywhere have the right to reasonable pregnancy accommodations when they need them. Pregnant workers are too often denied simple accommodations like a chair or breaks to drink water and instead pushed out of the workforce when they need their paycheck the most, which can snowball into lasting economic disadvantage. The PWFA will put a stop to that once and for all.

And passing the FAMILY Act would give new parents and caregivers the right to take 12 weeks of paid leave—a crucial component of advancing workplace and household gender equality. When parents and caregivers of all genders are able to take paid leave, it lessens the burden on women in two-parent, different-sex relationships to shoulder the majority of caregiving responsibilities.

Finally, the PUMP for Nursing Mothers Act will increase critical protections for nursing parents, ensuring millions of workers have a clear right to the time and space they need to pump breastmilk at work.

Together, along with other critical policies like paid sick time and flexible scheduling, enacting these laws will help address a major underlying cause of the gender wage gap: women—especially women of color—being disproportionately penalized in the workplace or pushed off the job due to parenting or caregiving responsibilities.

The fight to advance gender equality is far from over, but we’re working tirelessly to pass federal, state, and local laws that will secure justice for women and families everywhere.

Although the COVID-19 coronavirus has been designated as a pandemic by the World Health Organization, you still have rights under the ADA. The EEOC has provided guidance consistent with these workplace protections and rules. This publication, which was written during the prior H1N1 outbreak, is still relevant today and identifies established ADA and Rehabilitation Act (which applies to federal employees) principles to answer questions frequently asked about the workplace during a pandemic.