To End Unequal Pay for Black Women, We Must Confront Racism, Sexism, and the Maternal Wage Gap 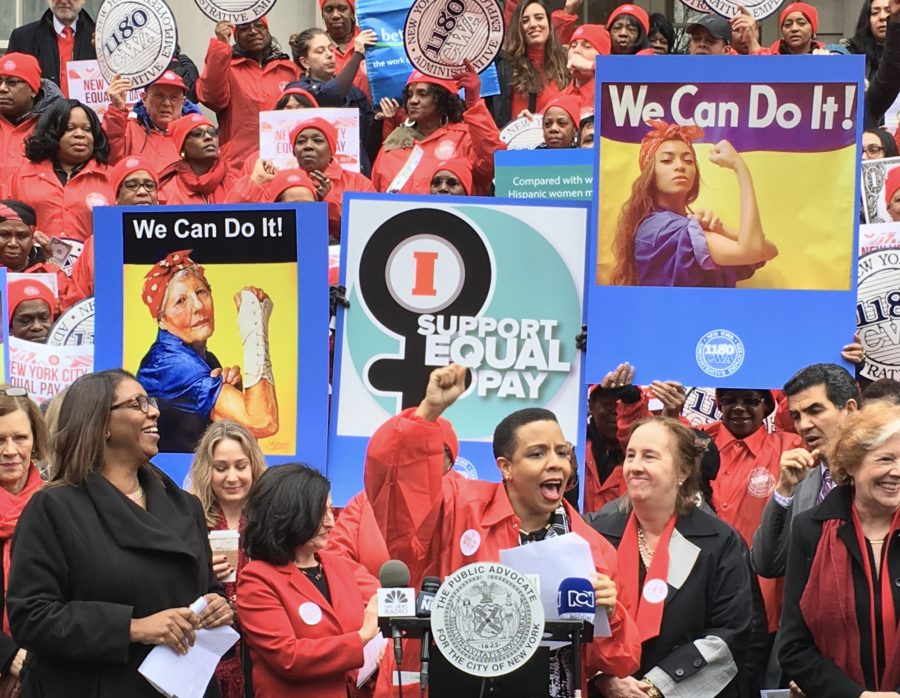 What does it mean that today is Black Women’s Equal Pay Day?

It means it takes a Black woman nineteen months, until July 31, 2017, to make what a white, non-Hispanic man earned in the twelve months of 2016. Or that for the 80% of Black mothers who are the primary breadwinners in their families, they have an average of $21,000 less to spend on necessities such as medical care, childcare, or groceries for themselves and their children.

There are several key drivers of the gender wage gap, including pregnancy discrimination, caregiver discrimination, unequal compensation, inadequate minimum wage laws, and lack of access to paid leave and affordable child care. However, on Black Women’s Equal Pay Day what must not be ignored is that the Black women’s pay gap is attributable to both racism and sexism, a multi-layered burden that white women do not face. As of 2015, Black women made 11.7 percent less than white women. Black men also earn less than white women, making 73 cents to every white man’s dollar as compared to 82 cents. Consequently, the solutions to the problem of Black women’s unequal pay must be intersectional and multi-fold.

At A Better Balance, we are fighting for a more just economy and to end discrimination that contributes to the stark wage gap for Black women. We are standing up to employers like Walmart who punish workers for medical absences or being pregnant, forcing them to make the impossible choice between caring for themselves or a loved one and bringing home a paycheck.

We are also working throughout the country to pass pregnant worker fairness laws to ensure that women can stay healthy on the job while pregnant without sacrificing their economic security. Black women are more likely to have physically demanding jobs which makes the need for reasonable accommodations on the job all the more important. For instance, Black women comprise 5.9% of the workforce but 28.4% of workers employed in nursing, psychiatric care, or home health care, and 10.7% of laundry and dry cleaning workers.

We are also fighting for an end to employers relying on or asking for an applicant’s prior salary, a practice that perpetuates the wage gap since women and men of color begin making less at the outset of their careers so their lower salaries follow them from job to job. Past discrimination, both racial and gender-based, should not influence employer’s salary decisions.

Also necessary to achieve equal pay for Black women are the fight for flexible scheduling laws—only 18% of Black workers have access to flexible work as compared to 23.8% of white workers—and an end to the tipped minimum wage for restaurant workers, 70% of whom are women, disproportionately women of color.

We also work around the country, from New York to Nashville, to pass and enforce strong paid family leave laws. In California, where the state’s paid family leave law took effect in 2004, the law has led to increased hours of work for women returning from leave, corresponding to an increase in wages. However, as of 2012, only 43.3% of Black workers had access to paid parental leave as compared to 49.7% of white workers.

There is no one solution to ending the wage gap. But if we do not actively work in an intersectional way to close it, Black women will not achieve pay equality until 2124. We simply cannot let that happen on our watch.