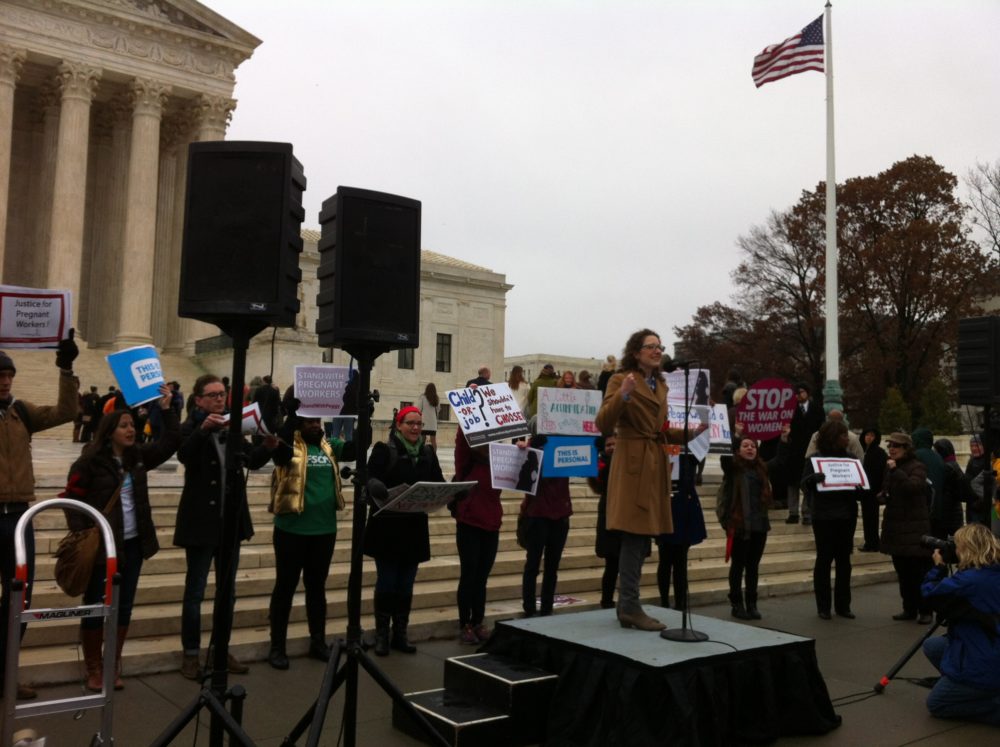 Over the past ten years, ABB has helped to defend family-friendly policies when they are challenged in court.  In 2009, we contributed substantially to the legal defense of Milwaukee’s paid sick time law, which was upheld by the Wisconsin courts.  In 2011, we co-authored an amicus (friend of the court) brief in support of the plaintiffs in the case of Air Line Pilots Assoc., Int’l v. United Airlines, Inc. The case addressed whether United could avoid complying with California’s kin care law—which allowed workers with paid sick leave to use half of that time for the care of ailing family members—by administering its paid sick leave benefits through a trust. The California Supreme Court ultimately ruled against United and in favor of a pilot who was denied the chance to use a portion of her paid sick leave to care for her dying mother.  In 2013, we weighed in as a friend of the court to support the Wisconsin Family Leave Act’s provision that allows for workers to substitute paid leave while taking job-protected time off under the Act.

ABB is also actively engaged in litigation to shine a public spotlight on the problems that pregnant women face in the workplace and to ensure a progressive interpretation of laws. Through an ABB intake in 2013, we learned of an illegal policy regarding pregnant workers at Walmart. Together with Respect the Bump (the pregnant worker group at Walmart, a part of the United Food and Commercial Workers International Union), we worked on a shareholder resolution, and with with the National Women’s Law Center and Mehri & Skalet we filed a charge of discrimination at the Equal Employment Opportunity Commission (EEOC). Soon thereafter, Walmart announced an update to its pregnancy policy, though litigation continues to push for all pregnant women at Walmart to have access to simple workplace modifications when they need them to stay safe and healthy.

In 2014, A Better Balance and the American Civil Liberties Union jointly filed an amicus brief in the U.S. Supreme Court supporting Peggy Young, who was forced off her job at UPS while pregnant after she handed in a note from her doctor with a lifting restriction. Our brief highlighted the economic penalties suffered by women who are forced to exit the workforce while pregnant. Not only did UPS change its policy after the Supreme Court agreed to hear Peggy Young’s appeal, and the Court ruled in Young’s favor, but even dissenting Justice Kennedy wrote in his opinion:

There must be no doubt that women who are in the workforce—by choice, by financial necessity, or both—confront a serious disadvantage after becoming pregnant. They may find it difficult to continue to work, at least in their regular assignment, while still taking necessary steps to avoid risks to their health and the health of their future children. This is why the difficulties pregnant women face in the workplace are and do remain an issue of national importance.

Our paid family leave policies too often fail to address the specific needs of military families.  Having a loved one deployed is stressful enough without having to worry about your family’s economic security. Here's an overview of the law today.