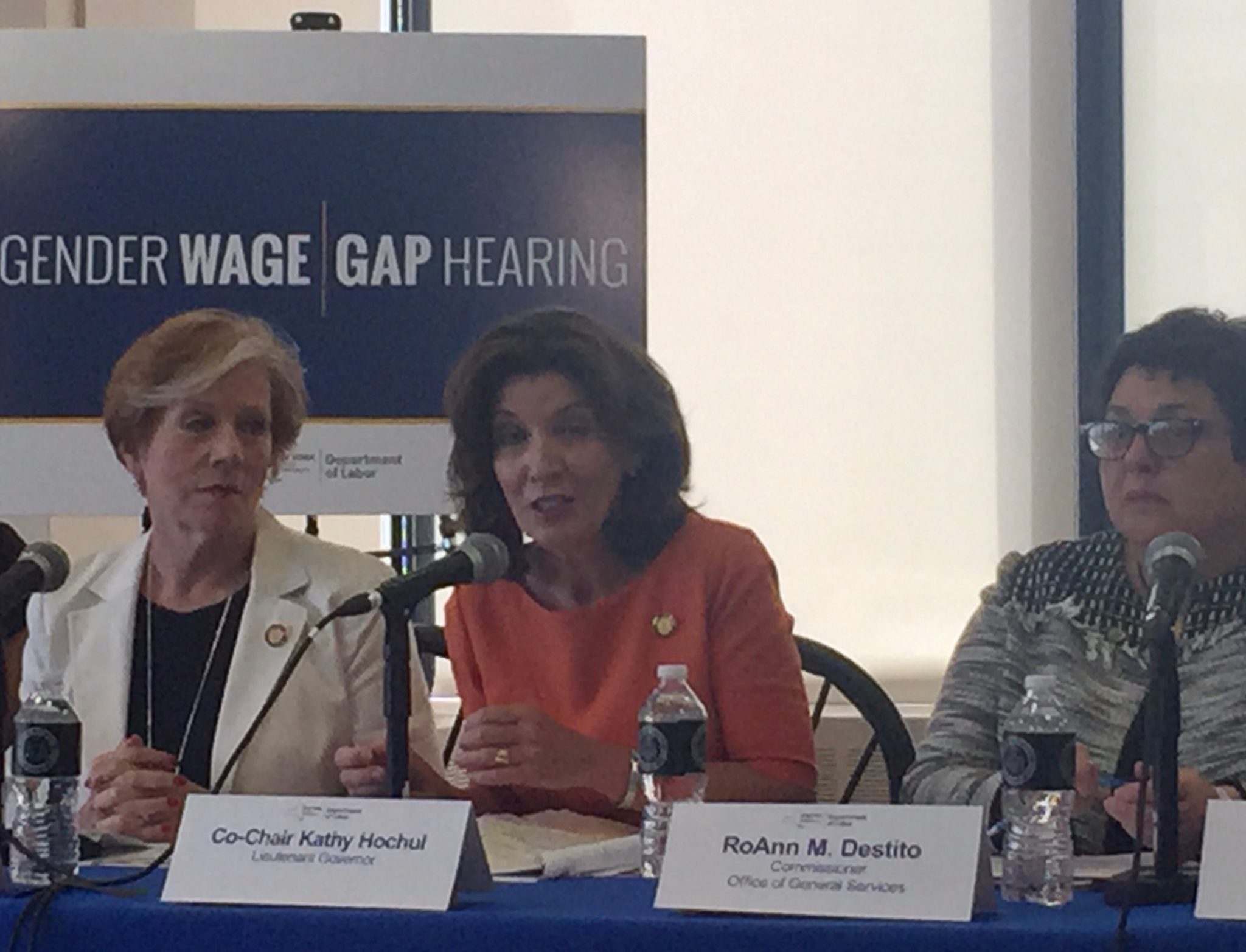 Last week, ABB co-founder and co-president Dina Bakst testified at a hearing convened by New York State Department of Labor Commissioner Roberta Reardon and New York Lieutenant Governor Kathy Hochul to study the gender wage gap in New York and hear from advocates about how best to close the gap.

ABB’s testimony focused particularly on how discrimination against low-income mothers and pregnant women—who are too often refused accommodations, forced off the job, or discriminated against because they are caregivers—leads to lower earnings and perpetuates the wage gap.

ABB also pointed to occupational segregation, inflexible and unpredictable schedules, lack of quality and affordable childcare, and lack of access to paid leave, as prime contributors to the wage gap.

Fortunately, there are myriad policy solutions that can help solve the gender wage gap, but the approach must be varied and comprehensive. In our testimony, we called on the State to increase its enforcement of valuable protections for workers, including the Pregnant Worker’s Fairness Act, New York’s groundbreaking paid family leave law, and nursing mother’s rights law. Furthermore, we urged the State to pass new laws such as the salary history ban, flexible workweek, and state-wide paid sick time.

Back in April, Governor  Cuomo marked Equal Pay Day with a directive to the Department of Labor (DOL) to study the causes, scope and economic impact of the gender pay gap in New York State and issue policy recommendations to help close it. By conducting these hearings and undertaking this study, New York State is taking active steps to close the wage gap. ABB is committed to partnering with the State to ensure they employ the most effective strategies to address the gap, and its particular impact on low-wage working mothers.

Delayed paychecks and reductions in government services are much more than just an inconvenience for many Americans. A Better Balance urges lawmakers to consider these effects and act responsibly to prevent any further harm to these vulnerable groups.

With the holiday season underway and Christmas and Hanukkah around the corner, shopping for gifts and spending time with loved ones is top of mind for many. Unfortunately, as we’ve been hearing from our helpline callers, this time of year comes with increased hardship for many, especially for low-wage workers.