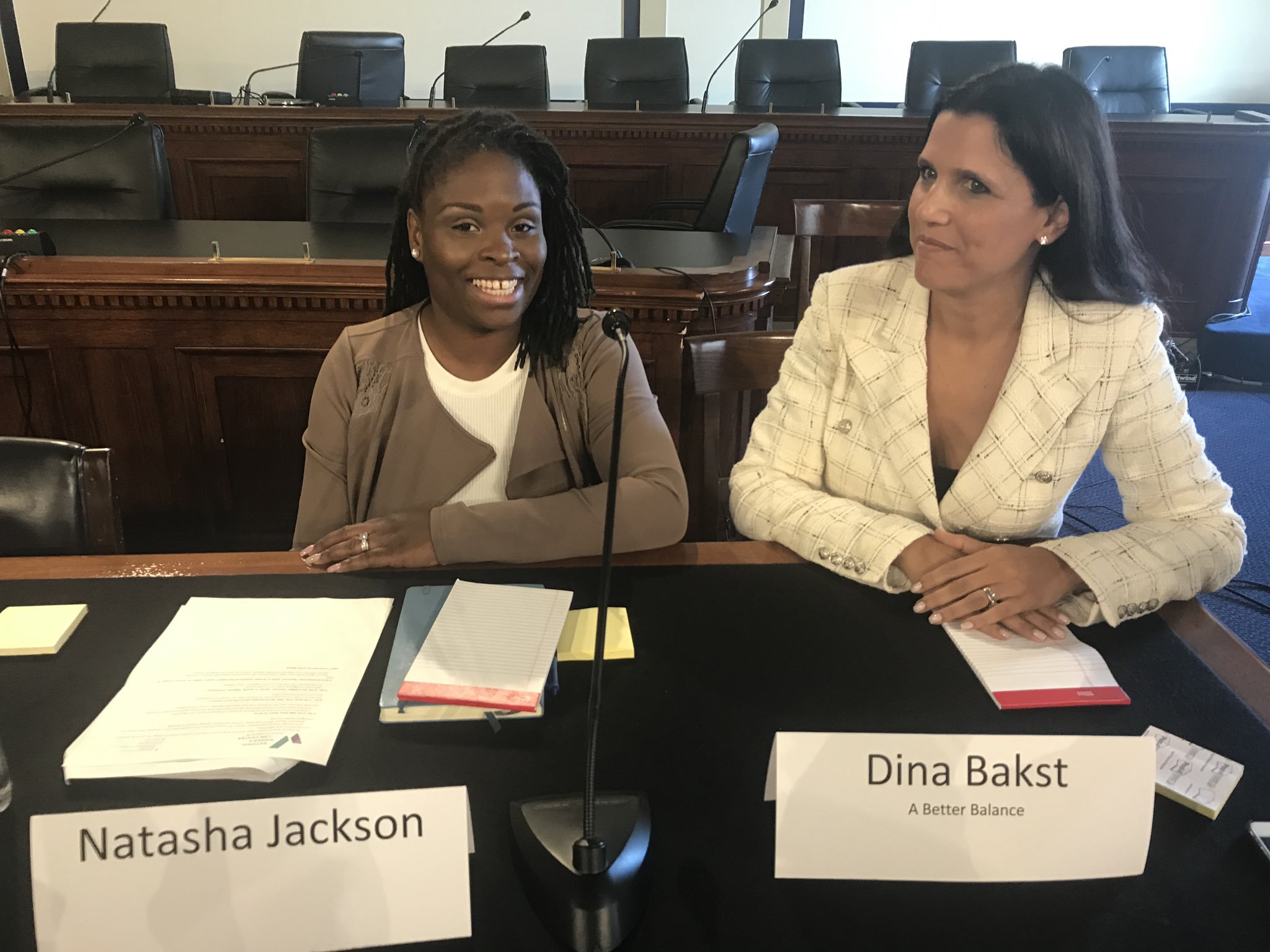 When Natasha Jackson asked her employer for a modest pregnancy accommodation to stay healthy and working, her employer instead forced her off the job as the highest ranking account executive at a Rent-A-Center. They pushed her onto unpaid leave and ultimately terminated her. Without steady income, she and her husband had to abandon their plan to buy a house and were left unable to support their growing family.

But now, Natasha is advocating for change: this week, she headed to Capitol Hill to call on Congress to pass the Pregnant Workers Fairness Act, so women across the country no longer must face the impossible choice between their health and their economic security like she did. “I am asking you to stand up for women like me so we can have an equal opportunity to support our families while protecting our health,” Natasha said.

We were proud to join Natasha, an ABB Community Advocate, to brief members of Congress and the public on the urgent need for the Pregnant Workers Fairness Act. ABB Co-President Dina Bakst highlighted the problems with the current federal legal framework as we found in our recent report Long Overdue, under which two-thirds of courts are still ruling in pregnancy discrimination claims that employers can legally deny pregnant workers the reasonable accommodations they need to stay healthy and working. “It’s an issue of maternal health, it’s an issue of infant health, it’s an issue of economic security—both for workers and also employers, since this impacts workforce participation and retention,” Bakst said in her remarks.

The briefing was co-sponsored by A Better Balance and our partners the National Partnership for Women and Families, National Women’s Law Center, ACLU, and March of Dimes along with honorary co-chairs Reps. Jerrold Nadler, Lucy McBath, Suzanne Bonamici, John Katko, and Jaime Herrera Beutler.

Twenty-seven states have passed measures granting workers greater protections than current federal law affords, all with strong bipartisan support. Now, it’s time for Congress to act to extend this right to women like Natasha across the country, whose stories demonstrate the world of different the Pregnant Workers Fairness Act would make.

Celebrating Three Years of Fairness for Pregnant Workers in NYC

Almost 41 years ago, Congress passed the Pregnancy Discrimination Act to guarantee equal opportunity for millions of working women. But as we pointed out in our recent report Long Overdue, too often, pregnant workers are still being treated as second-class citizens.