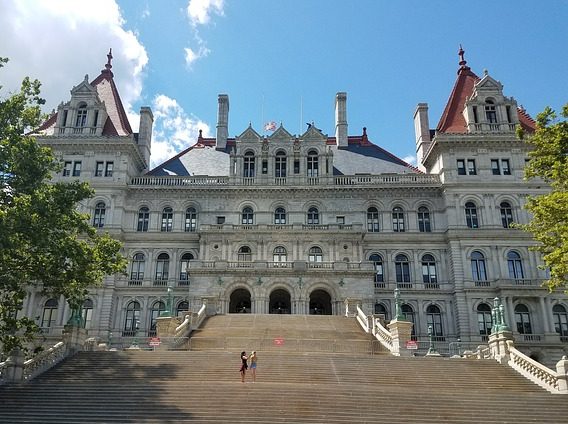 Yesterday marked a giant step forward for gender equality, as the New York legislature passed several crucial equal pay measures. Championed by Governor Cuomo as part of his Women’s Justice Agenda, the new laws—including one prohibiting employers from asking job applicants for their salary history—will help ensure women are treated equally and fairly in the workplace.

The salary history ban is a momentous win for women and people of color who have traditionally earned lower salaries than white, non-Hispanic men from the outset of their careers and whose lower salaries follow them from job to job.

The legislature also passed a law prohibiting private sector employers from paying employees less based on their status within a protected class—such as sex, race, or ethnicity—if they perform “substantially similar work.” The legislature also passed a separate law extending similar protections to civil service employees, and yet another law protecting civl service workers’ ability to vindicate their rights if they face wage discrimination.

The legislature also passed sweeping anti-harassment reforms, another centerpiece of the Governor’s Women’s Justice Agenda. The bill updated the state human rights rights law to eliminate the severe or pervasive standard in harassment cases, expanded all human rights law protections to employers 1 or more employees (previously it was 4 or more), and extended protections to independent contractors. We also worked closely with partners across the state on these critical updates.

We congratulate all the legislators, partners, and supporters who have worked tirelessly alongside us in our fight to achieve equality for working women in New York. Women deserve the right to go to work knowing there are laws in place to protect them from discrimination. These are victories to celebrate.

At the same time, we will continue to advocate and develop strong policies for working women and families across the country to ensure equality and fairness for all.