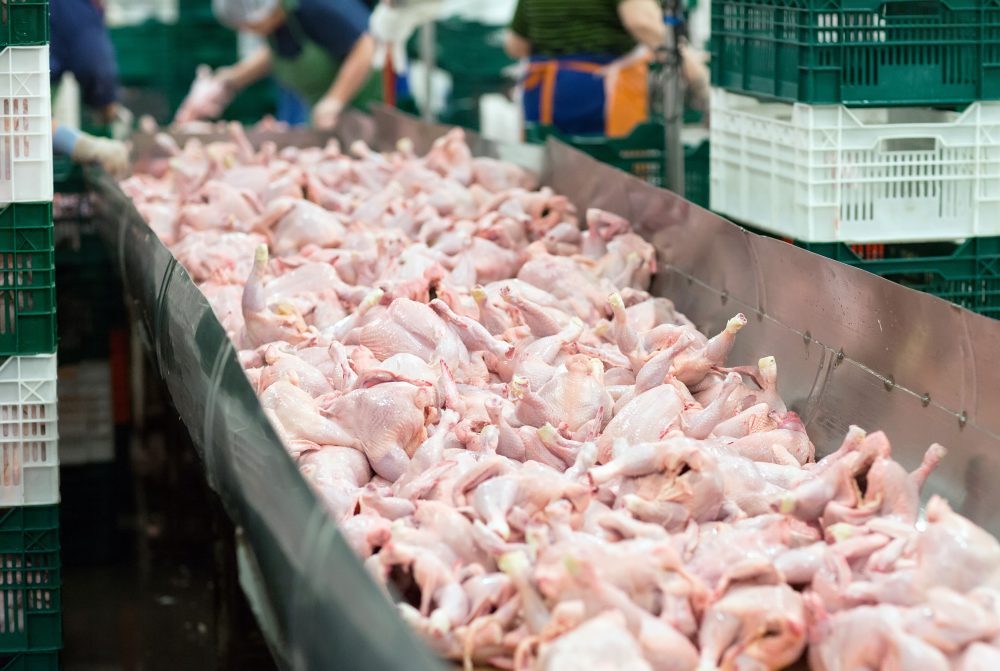 With no notice requesting public comments, the Trump administration’s Department of Agriculture (USDA), recently, announced that it will implement a new program to allow chicken plants to increase their line speeds, despite evidence that this will endanger workers, especially the most vulnerable, including pregnant employees.

Workers in the poultry industry already work with breakneck line speeds. Increasing the speed will increase worker injuries and illnesses. At A Better Balance, we’re particularly concerned about the result any line speed increase could have on pregnant workers, many of whom are already risking their health on the job because they are afraid to ask for reasonable accommodations, such as more frequent breaks or light duty.

That’s why late last year, we submitted comments to the Food Safety Inspection Service urging them to reject the National Chicken Council’s petition to the federal government to allow poultry processing plants to be exempt from line speed requirements put in place for worker and consumer health and safety.

Poultry workers endure incredibly harsh and dangerous conditions and an increase in line speed will only pose a greater threat to the health, safety, and dignity of workers. Female poultry workers, who comprise nearly half of the 250,000 poultry workers in the U.S., face particular challenges working on the line. A recent report about women working in the poultry industry—authored by OxFam with guidance from ABB—pointed out that female workers are more susceptible to injury because the equipment is designed for the size of an average man. Pregnant workers often face additional challenges. Workers are often denied bathroom breaks, which can be particularly difficult for pregnant women. Some workers dehydrate themselves to avoid having to use the bathroom, which can lead to pregnancy complications.

In 2014, the USDA studied the issue and adopted a rule that rejected any line speed increases in order to protect public and worker health. With no additional evidence or data, the Trump administration decided to rollback these protections and allow the poultry industry to increase production levels at grave cost to line workers.

We are heartened by today’s developments: not only has XPO Logistics announced that going forward it will work with pregnant employees who need accommodations to stay healthy and on the job but Congress is poised to move the Pregnant Workers Fairness Act.

WEBINAR: Know Your Pregnancy & Workplace Rights During COVID-19 & Beyond

Join A Better Balance for this in-depth webinar on the various federal, state, and local laws that may protect you as a pregnant worker, including paid and unpaid time off, reasonable accommodations, and the right to be free from discrimination in the workplace. We'll provide various scenarios, answer your questions, and point you toward additional resources that can help you access your rights in the workplace.