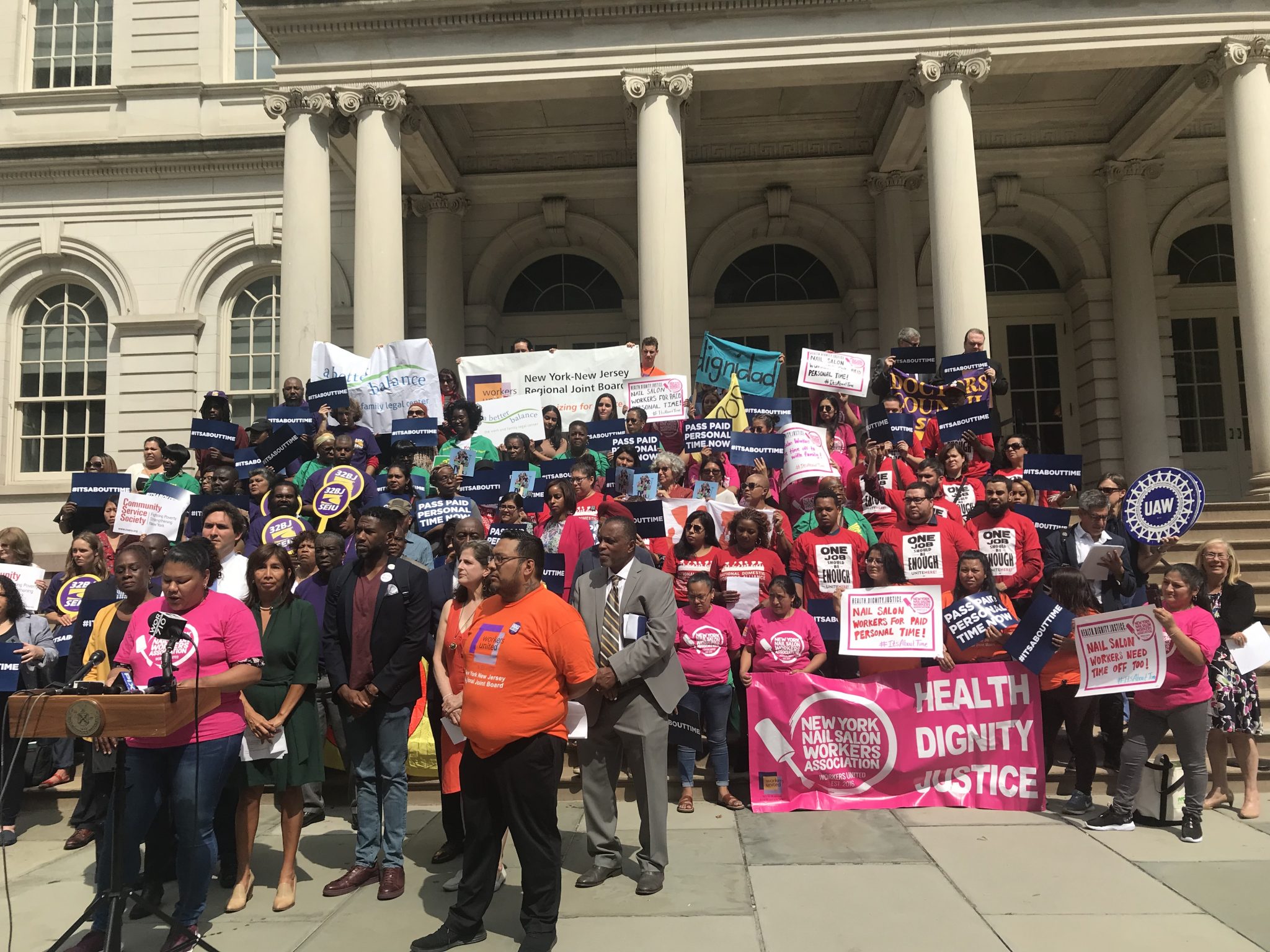 Yanelia Ramirez, a nail salon worker. Pedro Gamboa, an airport worker. Jacqui Orie, a nanny. Ricarda, a laundry worker. Each of them share something in common:  they work long, hard hours with no right to paid time off to attend important life events, spend time with their families, or simply relax.

On September 9th, we were proud to join these workers in calling for New York City to pass a bill giving New Yorkers the right to earn 10 days of paid personal time at a  rally on the steps of City Hall, along with NYC First Lady Chirlane McCray, Deputy Mayor J. Phillip Thompson, Public Advocate Jumaane Williams, Councilmembers Helen Rosenthal and Ben Kallos, and other advocates.

As A Better Balance Co-President Sherry Leiwant pointed out, the U.S. is the only advanced economy with no right to paid time off, even though studies show that paid personal time has many benefits for both workers and businesses, as workers come back refreshed and more productive. 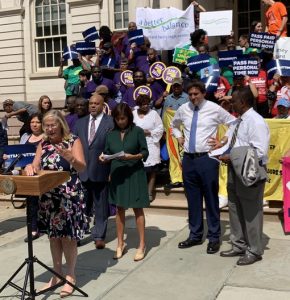 As drafters of NYC’s paid sick leave law, we’ve seen how important this law has been for working families—and how businesses’ initial concerns never come to pass. But it’s time to take the next step: paid sick time doesn’t account for the many other personal and family needs that arise. The paid personal time bill will expand this law and benefit the health and welfare of New York City as a whole.

Several workers shared their stories at the rally, demonstrating just how impactful this measure would be:

Yanelia Ramirez, a nail salon worker with the NY Nail Salon Workers Association and a mother of five, has missed countless birthdays, first days of school, graduations, and other special moments because she couldn’t afford to lose a single paycheck. She hasn’t had a single paid day off to rest or spend with her children in ten years. 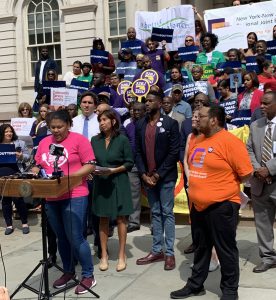 Pedro Gamboa, an airport worker at JFK and a member of 32BJ SEIU, was unable to take time off to spend with his mother in Guatemala when she fell ill. He says many of his colleagues fear losing their jobs for even requesting unpaid time off. 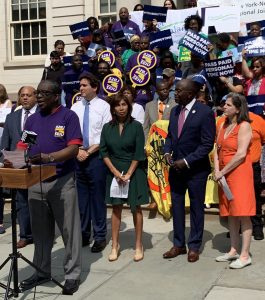 Ricarda, a laundry worker with the Laundry Worker Center, often works 70-hour work weeks. She has two children and no access to paid time off to spend time with them.

When Jacqui Orie, a nanny with the National Domestic Workers Alliance, works for employers who value her work and choose to give her paid time off, it allows her to attend school and have time to study for exams, and to “live [her] life fully.” She’s worked many jobs where she was not given any paid sick days or paid personal time, so she knows the world of difference this right would make for all domestic workers. 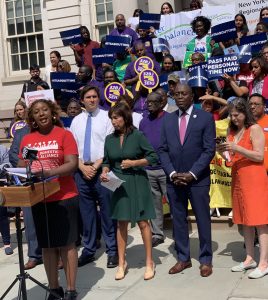 Now, it’s up to the City Council to prioritize the best interests of all the hardworking New Yorkers who need a break, set a new national standard for workers’ rights, and pass paid personal time!

Paid Personal Time Off Should Be a Workplace Right, Not a Luxury

We need this bill not only to catch up with other advanced economies, but also because it will make our workforce stronger, healthier, and more productive. This groundbreaking proposal would be a huge step forward for the rights and well-being of working families across the City and set in motion a new national standard.