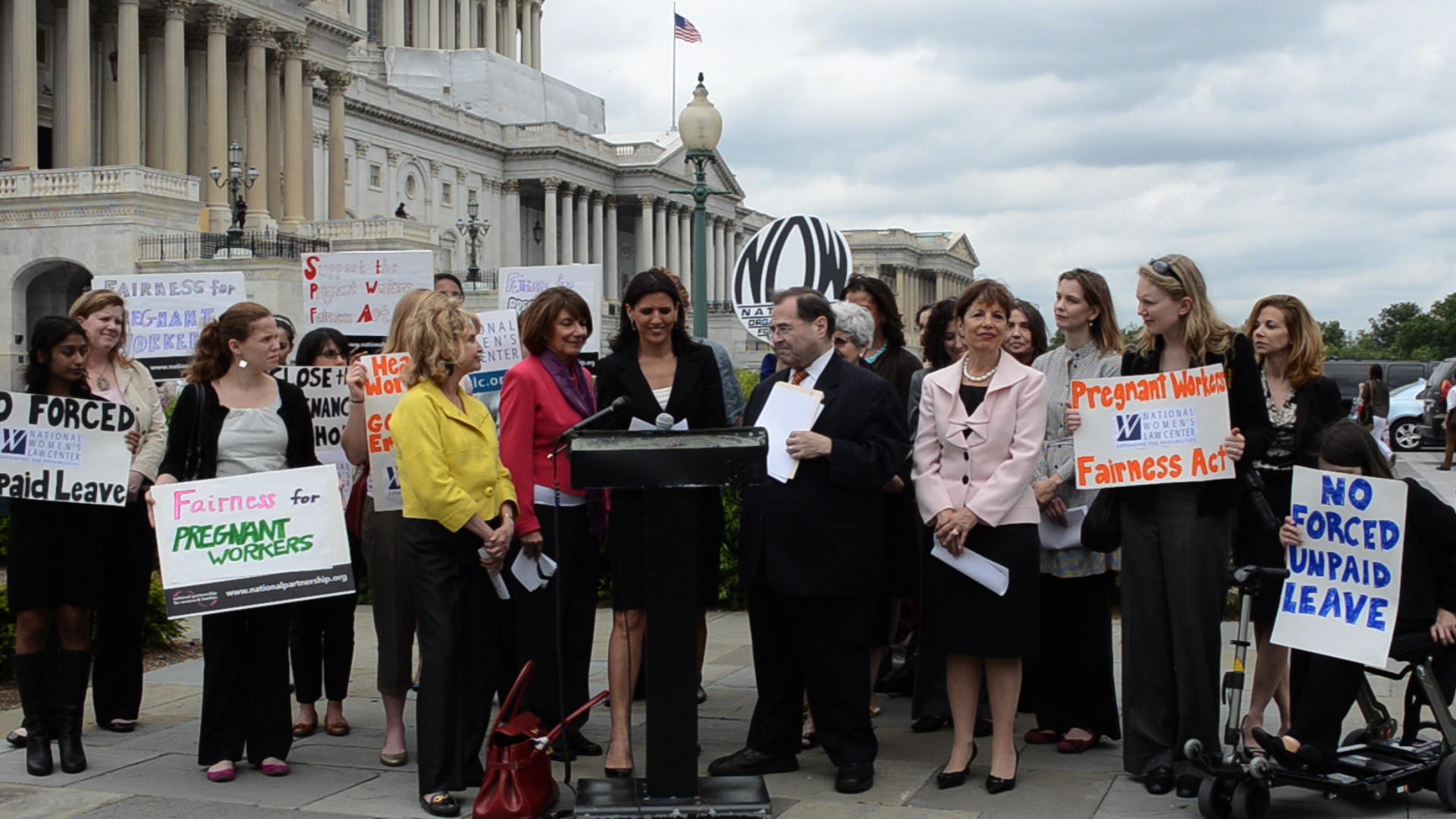 In 2012, ABB inaugurated a new area of advocacy by highlighting the gap in legal protections for pregnant workers, especially low-wage women in physically demanding jobs, who are often denied the modest workplace accommodations they need to stay healthy and employed.  That year, the federal Pregnant Workers Fairness Act (PWFA), which ABB helped draft, was introduced in response to ABB Co-President Dina Bakst’s New York Times Op-Ed, “Pregnant and Pushed Out of a Job,” and has since been reintroduced with bipartisan support.  Prior to 2012, only six states had stronger legal protections for pregnant worker than federal law provides. In the years since, with ABB’s leadership, more than a dozen states and localities have passed laws ensuring fair treatment for pregnant workers, often unanimously and with bipartisan support.

In addition to creating momentum at the state and local level, ABB is a key ally in the coalition to pass the federal PWFA.  Our report Pregnant and Jobless: Thirty-Seven Years after the Pregnancy Discrimination Act, Pregnant Women Still Choose Between a Paycheck and a Healthy Pregnancy, made the case for why a federal standard is necessary, featuring our experience implementing the New York City PWFA as a case study for success and stories of real women from across the country.  Today, ABB is co-hosting a Congressional briefing, featuring Dina Bakst, one of our clients, a businesswoman from Tennessee, along with other experts calling for passage of the federal PWFA.

Just in time for Mothers Day, the Commission on Human Rights released guidance to clarify…