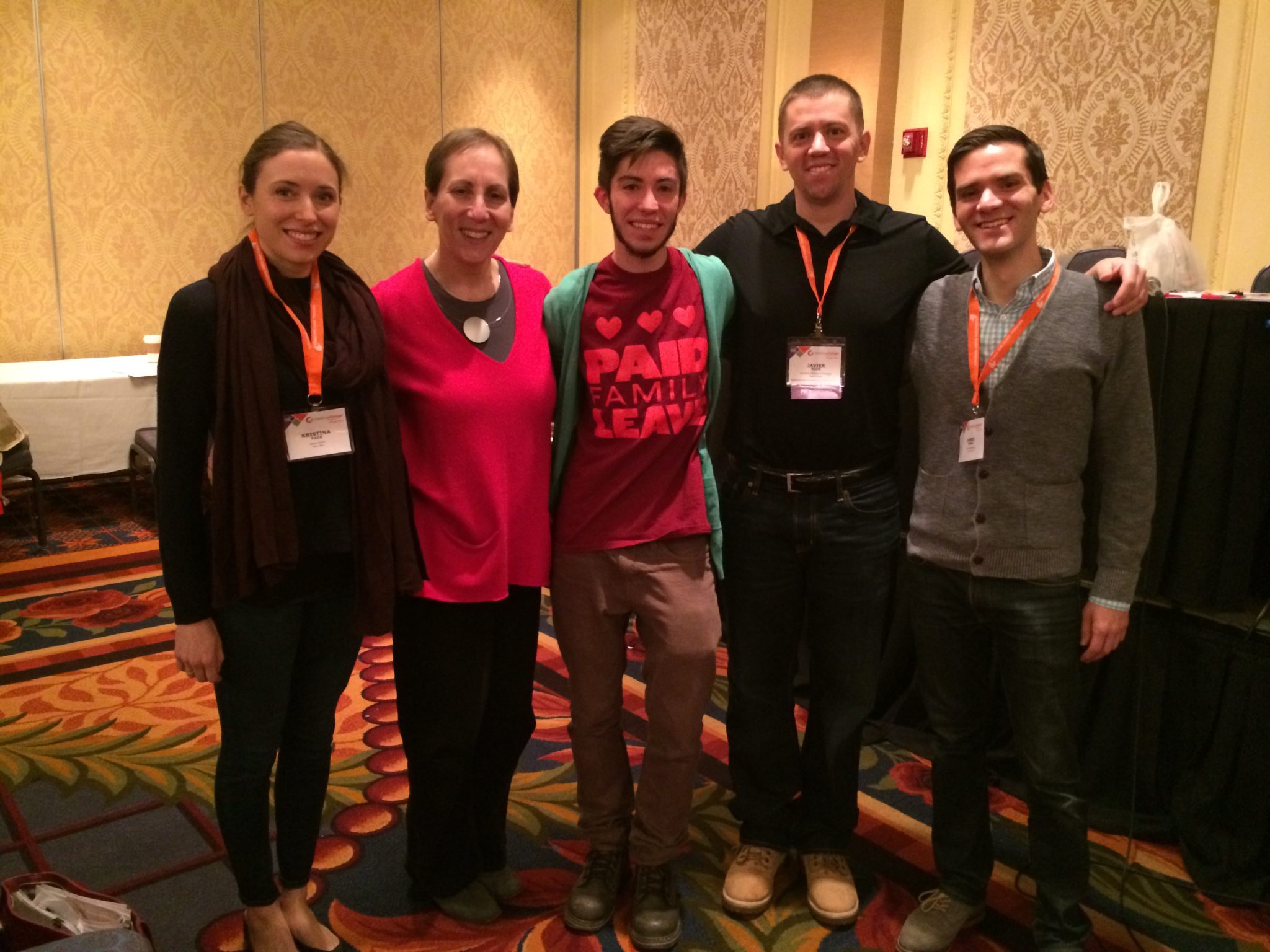 For many years, A Better Balance has been working to raise awareness about the intersection of paid leave and LGBT (lesbian, gay, bisexual, and transgender) rights. Our notable publications include Time for a Change: The Case for LGBT-Inclusive Workplace Leave Laws and Nondiscrimination Protections and The Family and Medical Leave Act: What Should LGBT Families Know? In addition writing these materials, we have worked with numerous paid leave campaigns on LGBT outreach and spearheaded a national effort to generate comments in support of a more LGBT-inclusive definition of spouse in the federal Family and Medical Leave Act.

In 2014, ABB built on this work by launching an LGBT Work-Family Project in partnership with Family Values @ Work. Through the project, ABB is working with advocates in more than 20 states on LGBT organizing and has helped campaigns in a dozen states write bills that would expand recognition of diverse families. We are also raising the profile of this work nationally, as demonstrated by our recent op-ed on the Project’s work in The Advocate. ABB staff have led workshops around the country on the need for paid leave and efforts to broaden diverse family recognition at several LGBT and labor conferences, including the National LGBTQ Task Force’s Creating Change conference (the largest annual gathering on LGBT rights), the Equality Federation’s Summer Meeting (a gathering of state LGBT rights groups) and Pride @ Work’s triennial conference (a meeting with LGBT leaders from the labor movement).

For the past two years, the Project has also organized and hosted an annual LGBT work-family conference bringing together leaders from the LGBT, work-family, labor, reproductive rights, and economic/racial justice movements. Participants have discussed and explored opportunities to work across our movements both proactively and defensively, especially following the Supreme Court’s landmark 2015 marriage equality decision in Obergefell v. Hodges. Together with these national leaders, we have written and distributed several resources, including a guide to drafting inclusive family definitions and a paper entitled Workplace Leave in a Movement Building Context: How to Win the Strong Policies that Create Equity for Everyone. Just this week, we worked with national and state partners to generate comments in support of the broad family definition in President Obama’s paid sick time Executive Order for federal contractors. The President’s action—and the enthusiastic response from groups around the country—reflect a growing awareness about family diversity and the exciting potential for this work in the paid leave movement.

A Huge Step Forward for LGBT Families Under the FMLA

Embracing a More Realistic and Inclusive Definition of Family