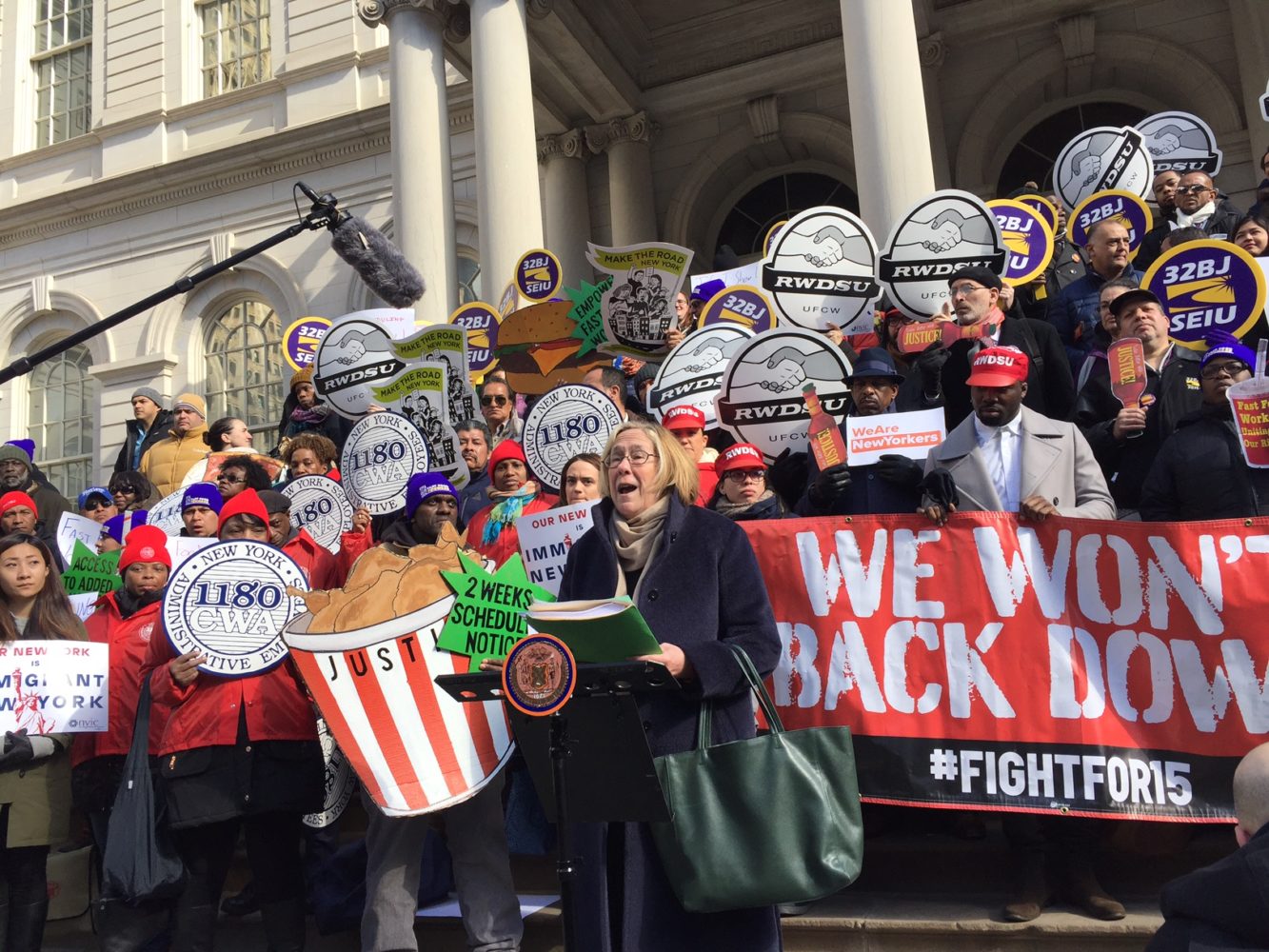 Today, A Better Balance testified before the New York City Council Committee on Civil Service and Labor in support of six bills known as the “Fair Workweek” package of legislation. These proposals would help workers care for their loved ones while earning income by promoting predictable and humane schedules that allow for lives outside the workplace, by allowing workers who want additional hours to have that opportunity to support their families, and by supporting organizations that advocate for workers’ rights.

Our testimony focused on Intro 1399, which would apply across the board to all workers in New York City. This bill would advance fairness for New York City workers in three key ways. First, it would allow workers to request flexible work arrangements and receive a timely response from their employer. By requiring employers to consider employee requests in good faith, and commit an answer and explanation to writing, the bill creates a framework for exploring the feasibility of alternate work arrangements, which has the potential to reduce the stigma of, and increase access to, workplace flexibility to benefit workers.

Second, Intro 1399 would prohibit retaliation against workers who exercise their right to request flexible work arrangements. Despite the increasing need among workers for workplace flexibility, many workers remain afraid to request or take advantage of flexible work options. According to survey data, 71 percent of New Yorkers who lack a workplace-wide policy would be more likely to request a flexible schedule if all people in their workplace had the option of doing so without fear of retaliation. Thus, this bill would embolden New Yorkers who presently feel disempowered to pursue flexible work alternatives.

Third, Intro 1399 would provide workers a limited right to receive a temporary change in schedule for certain emergency situations. Many New Yorkers have minimal control over their work hours, leaving little margin of error in the event of a family emergency or childcare crisis. The right to receive a temporary change in work schedule in the event of such emergencies would offer workers the peace of mind that when unexpected and urgent caregiving, health, and safety needs arise, responding to the call will not cost them their job.  This is particularly critical for those workers, and situations, that are not covered by the federal Family and Medical Leave Act or the New York City Earned Sick Time Act.

We urge the City Council to swiftly pass Intro 1399 and the five other “Fair Workweek” bills to advance fairness for New York City workers.