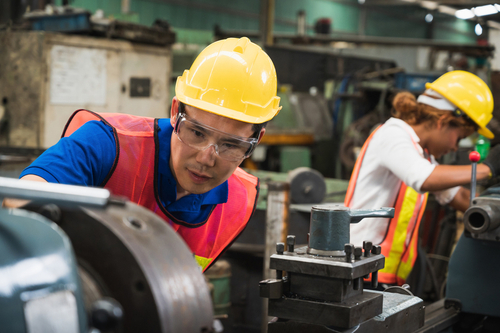 Millions of workers in nonstandard arrangements—including temporary, subcontracted, and on-call workers and independent contractors—lack access to essential workplace protections. Where protections do exist, workers too often lack the ability to enforce their rights.

A Better Balance’s new report with the Urban Institute and the Aspen Institute Future of Work Initiative, “Reimagining Workplace Protections,” provides a policy framework for reimagining our system of workplace protections in order to build an equitable economy.

As we write in the report: Reliance on nonstandard work arrangements has eroded worker power; contributed to declining wages, benefits, and health and safety conditions; and exacerbated inequities based on race, ethnicity, gender, and disability. As technology platforms disrupt work structures, and the COVID-19 crisis adds new urgency, there has never been a more critical time to reimagine our system of workplace protections.

Key takeaways highlighted in the report include:

1. We need a policy structure with the right mix of protections and incentives that would protect workers in nonstandard arrangements.

We need a policy infrastructure that affords stronger protections and baseline economic security to workers in nonstandard arrangements, so that employers can no longer exploit loopholes in our labor laws to avoid their responsibilities to their employees.

2. Many workplace benefits and protections are tied to employment status, leaving those classified as independent contractors behind.

As a result, without access to critical legal protections, many independent contractors and misclassified workers face discrimination and harassment, struggle to be paid promptly or at all, and are ineligible for any paid sick time or any paid time off. To combat this, worker classification must be clearly defined, with adequate enforcement; at the same time, correctly classified independent contractors also need and deserve access to essential protections.

Businesses are increasingly outsourcing labor through layers of contracting and subcontracting, franchising, and temp staffing to reduce their labor costs and responsibility for workers. Abusive practices combined with a severe shortage of legal protections in the temp staffing field create dangerous and substandard working conditions, disproportionately affecting Black and Latinx workers.

4. Any measure intended to improve working conditions for one type of work arrangement must consider possible unintended consequences.

A comprehensive agenda strengthening protections across nonstandard arrangements can ensure standards are raised for all, promoting equity for workers and fair competition between businesses.

With the policy solutions we propose in “Reimagining Workplace Protections,” we can empower workers and build an equitable and resilient labor force for the future.

Learn more about our Future of Work initiative

The Urban Institute, the Aspen Institute Future of Work Initiative, and A Better Balance are collaborating on an initiative to strengthen protections for workers in nonstandard jobs. This report is part of that ongoing collaboration.