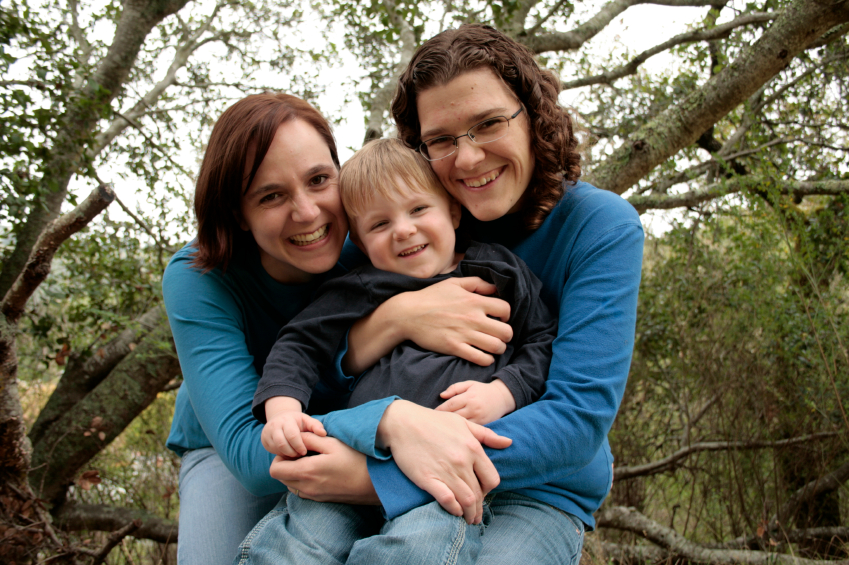 Family definitions in law and policy often fail to meet the needs of American families. A Better Balance’s new report, “Making Paid Leave Work for Every Family,” co-authored with our partners, Center for American Progress, Forward Together, and Family Values @ Work, highlights the importance of inclusive definitions of family in workplace leave policies, especially for LGBTQ families.

As noted in the report, the overwhelming majority of households—more than 80 percent, according to the United States Census—depart from the so-called nuclear family model of a married couple and their minor children. Rather, households come in all shapes and sizes. Many households include, for example, families with adult children, families not headed by married couples, and households occupied by individuals unrelated by blood, marriage, or adoption. In addition, 85 million people—disproportionately people of color—lived in extended families as of 2014, up from 58 million in 2001. People have a broad array of loved ones who are often central to their notions of family and their caregiving responsibilities. Thus, family definitions are a critical component of any workplace leave law or program, whether implemented at the local, state, or federal level of government.

In particular—although the LGBTQ movement successfully achieved nationwide marriage equality in 2015—LGBTQ individuals and families continue to experience the collateral consequences of the long time prohibition on marriage for same sex couples and narrow family definitions in local, state, and federal policy and would gain significantly from more inclusive definitions of family in workplace leave policies. Because the U.S. did not have nationwide marriage equality until 2015, many same-sex committed relationships still are not legally formalized. Many LGBTQ individuals forge close relationships with friends and informal support networks—known as chosen families—especially since LGBTQ people too often face extreme stigma within their biological families and communities. These relationships become paramount when needing to take time off from work to recover from illness or care for sick loved ones.

As described in the report, a growing number of states and localities have passed and implemented paid leave policies that are accessible to a wider range of family types. To ensure these benefits are not restricted by one’s ZIP code, the report recommends that all levels of government should enact paid leave laws and policies that cover extended relatives and chosen family—in addition to passing comprehensive nondiscrimination protections that protect people on the basis of sexual orientation and gender identity. Legislatures should also improve data collection and research on chosen families and LGBTQ communities. These policies are critical steps necessary to ensure that all families get the support they need to balance work and family and to thrive in all aspects of their lives.

For too many mothers and those that love them, balancing family and work is a constant struggle, from staying healthy during pregnancy, to breastfeeding while working, to getting a sick parent or child to the doctor. This Mother’s Day, it’s time for more than cards and flowers—let’s honor our mothers with the policy changes working families need. We won’t stop fighting until all of us can be there for our families like Ileana was.