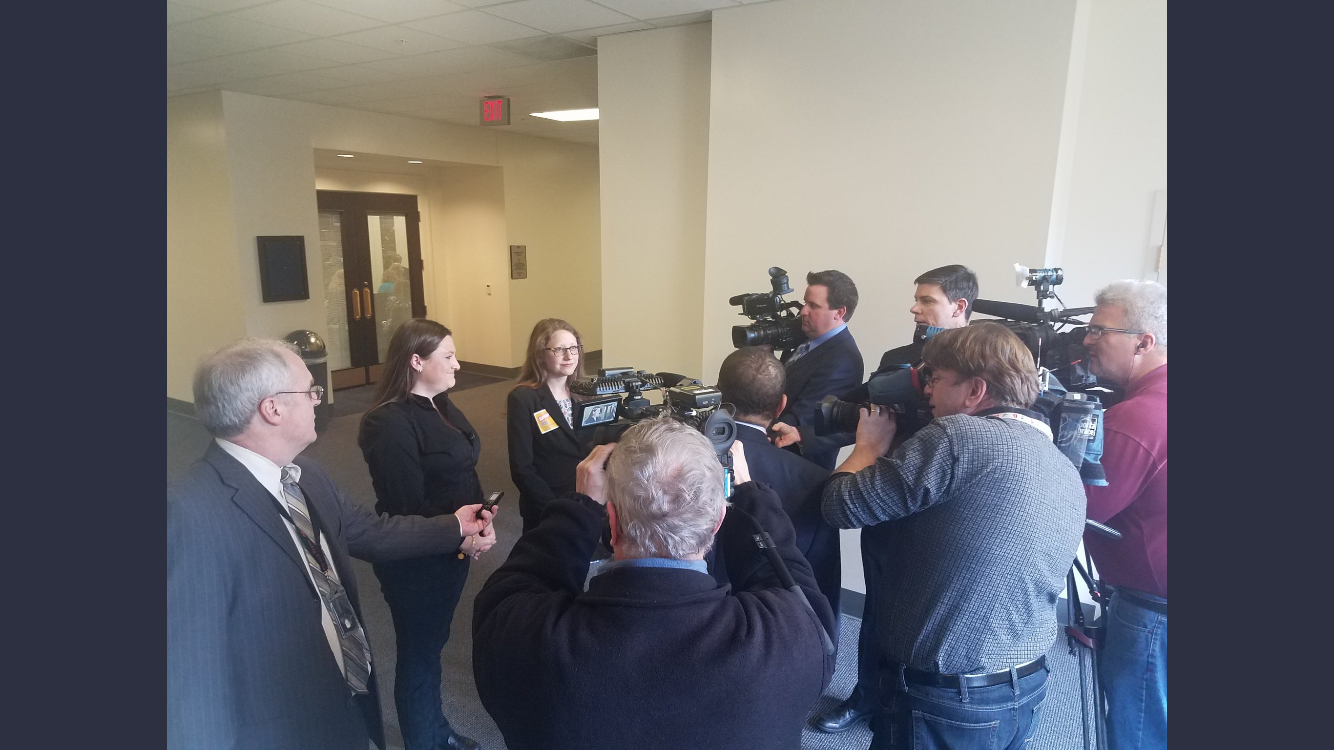 Today, the Kentucky legislature passed the Pregnant Workers Act, which gives pregnant workers a clear right to reasonable accommodations when needed to keep them healthy and safe on the job, absent undue hardship on the employer. Kentucky is poised to become the twenty-fifth state to pass such legislation, in a groundswell of momentum that has swept the nation since A Better Balance raised this issue in a 2012 New York Times Op-Ed.

Today’s passage is the result of several years of tireless advocacy. The bill passed the legislature with overwhelming bipartisan support as well as the support of Greater Louisville Inc., the city’s chamber of commerce. A Better Balance is grateful to Senator Alice Forgy Kerr for championing this legislation and to the other lawmakers who have cosponsored and supported the bill throughout the years. We also applaud our partners at the ACLU of Kentucky, the Catholic Conference of Kentucky, the UFCW Local 227, and March of Dimes Kentucky, among other Kentucky advocates, for their tireless work to pass this legislation. It was a pleasure to work so closely with such a dedicated group of advocates.

Over the past five years, A Better Balance has been working closely on this legislation. We first worked with Kentucky lawmakers to help draft this bill in 2014. Over the years, we have worked extensively with local lawmakers and advocates to move this legislation forward, and we testified in favor of the bill on several occasions.

We are also thankful to our former clients, Lyndi Trischler and Sam Riley, who were pushed off their jobs as police officers when they were denied light duty during their pregnancies. Thanks in large part to their bravery in sharing their stories with legislators and the public and their continued dedication to the cause, no woman in Kentucky will have to go through what they did. Officer Trischler testified at an interim committee hearing and spoke at a press conference on the bill last fall and Officer Riley visited with lawmakers, including Sen. Kerr, in 2017. Both have been outspoken about their experiences in the local and national press.

We are thrilled that the Kentucky legislature has taken this important step forward in ensuring that no one has to choose between her job and a healthy pregnancy, and we call on Governor Bevin to sign this important piece of legislation so that other states and Congress can follow Kentucky’s example.

In Advance of One Year Anniversary of Women’s March, A Better Balance Releases New Easy-to-Use Guide to Women’s Rights at Work

It is necessary for New York State to continue being a leader on women’s rights issues by enforcing the rights women have in the workplace and educating both workers and employers about these laws.

Standing Up for Women’s Equality Day