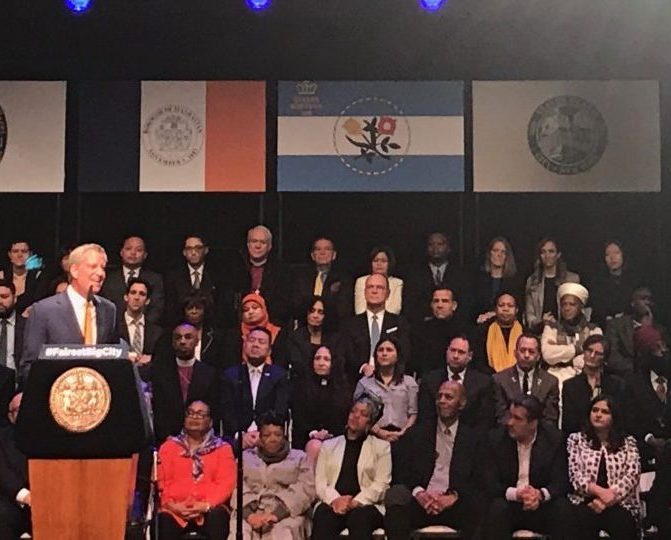 This week Mayor de Blasio announced his intent to introduce legislation guaranteeing 80 hours of personal time for New York City workers. The Mayor made it clear that this proposal is possible because of the success of our paid sick time law in New York City. The new law will be based on the Earned Safe and Sick Time Act we drafted, negotiated and helped to pass in 2013 which the Mayor improved when he was elected in 2014. It will be the first law in the country to guarantee general paid time off for workers.

A Better Balance applauds Mayor de Blasio for proposing this groundbreaking requirement all workers to have personal days they can use for things like family emergencies, school meetings, religious observances and just the need to take a break and spend time with loved ones. This type of basic labor right is commonplace in other countries and we look forward to its success in NYC becoming a model for other cities and states.

This is an exciting moment for our movement to honor care and support basic rights for all workers – in sickness and in health! It is a recognition that workers need time for themselves and their families and that government has a role to play in making sure that happens. We are proud to be part of the effort to improve our paid leave laws and proud of our work along with so many others to make paid sick days and paid family leave a reality for millions of workers. The Mayor’s announcement makes it clear that in doing so we are also elevating the conversation and the policy possibilities about the base line for workers access to time to care for their families and live their lives. We are proud that this work that we have been a part of is making a real difference in the lives of all working Americans.