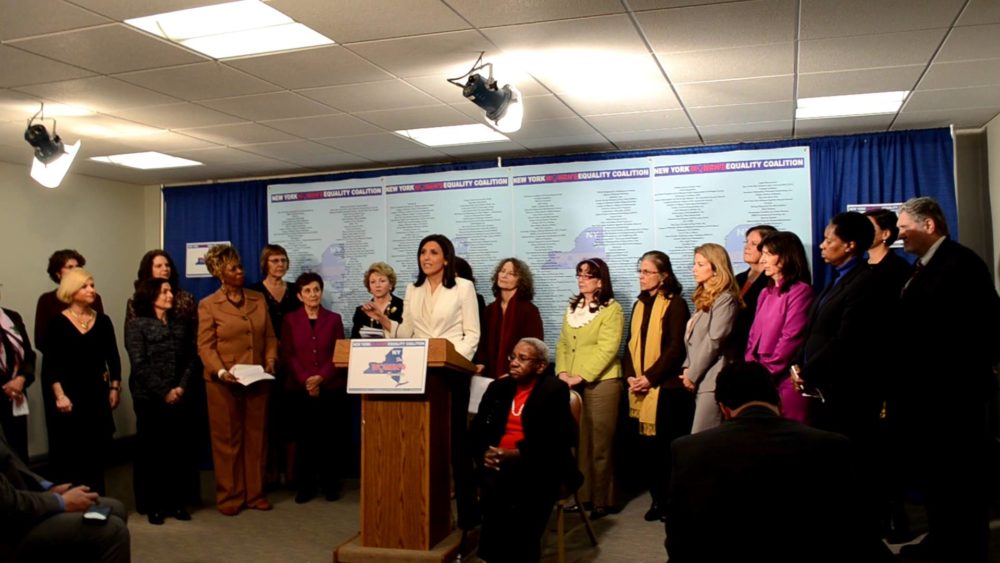 Yesterday, Governor Andrew Cuomo announced the creation of the first-ever New York State Council on Women and Girls, focused on women’s rights. Our Co-Founder Dina Bakst is honored to serve on the Council’s Steering Committee, which is comprised of leaders in academia, advocacy, business, and media. A full list can be found here.

In January, the Trump administration disbanded the White House Council on Women and Girls. The New York State Council sends a strong message that women’s rights will not be overlooked in New York.

“Now more than ever, we need forward-looking leaders fighting to advance the rights of women and girls. On behalf of A Better Balance, I look forward to contributing to the Council’s work to keep New York a national leader on women’s rights, particularly in the areas of economic opportunity, workforce equity, and ensuring access to affordable child and health care,” Bakst said.

In addition to the Steering Committee, the Council is made up of the leaders of all New York State agencies, who are charged with ensuring every policy and program takes into account the experiences of women and girls. The Council will be chaired by Melissa DeRosa, Secretary to the Governor, who wrote in Refinery29 why states need to lead the way to continue to protect the rights of women and children, and to further equality.

“Women’s rights are being thrown under the Access Hollywood bus,” DeRosa said at the launch event.

Lt. Gov. Kathy Hochul said that so-called “women’s issues” should be called people’s issues. She also discussed the significant impact equal pay would have on the state’s economy.“[Women] would add $1.3 billion to the NYS economy if we were simply paid what we deserve,” she said.

Governor Cuomo said in a release that: “New York remains committed to protecting women’s rights, and with the launch of the first-ever New York State Council on Women and Girls, we are sending a clear message to the nation and world that everyone deserves a chance to achieve the American Dream.” Read the Governor’s release here.

Photos from the launch, held at the New York Historical Society, are available here.