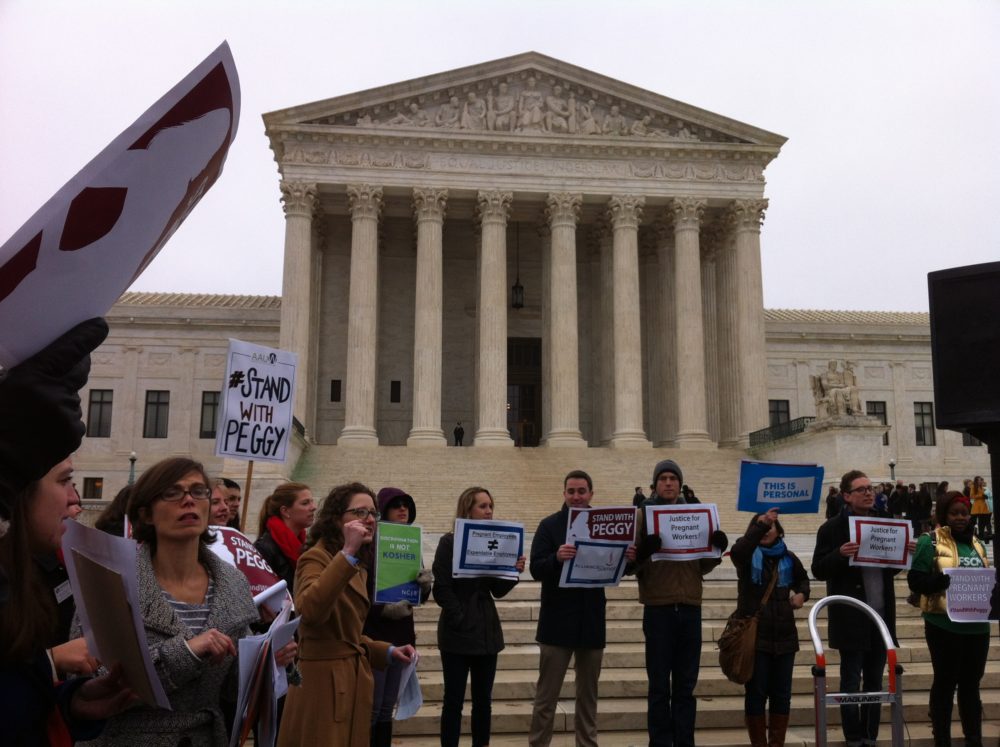 A Better Balance and the American Civil Liberties Union (ACLU) jointly filed a friend of the court (amicus) brief in a case before the U.S. Supreme Court supporting Peggy Young, who was forced off her job while pregnant, losing income and her health benefits in the process. Click here to read the brief.

The Supreme Court’s ruling in 2015 was a victory for Peggy Young.  Read a Statement from A Better Balance Co-President Dina Bakst on the Supreme Court Decision in Young v UPS.

No woman should ever be faced with a choice between her job and a healthy pregnancy. That’s why A Better Balance is calling on every member of Congress to sign on to cosponsor and help pass the Pregnant Workers Fairness Act (PWFA), which would ensure that every pregnant worker is able to obtain timely relief when she needs it to stay healthy and on the job. Read this Op-Ed by Dina Bakst, ABB Co-Founder, “Peggy Young’s Victory Was Not Enough” supporting the PWFA in the aftermath of the Supreme Court’s decision.

Share This
ABB is constantly updating pages in the Resources section as new developments happen. Be sure to bookmark pages of interest so you'll always be on top of current changes.
Other Resources Topics
© A Better Balance. All rights reserved.
Back To Top
×