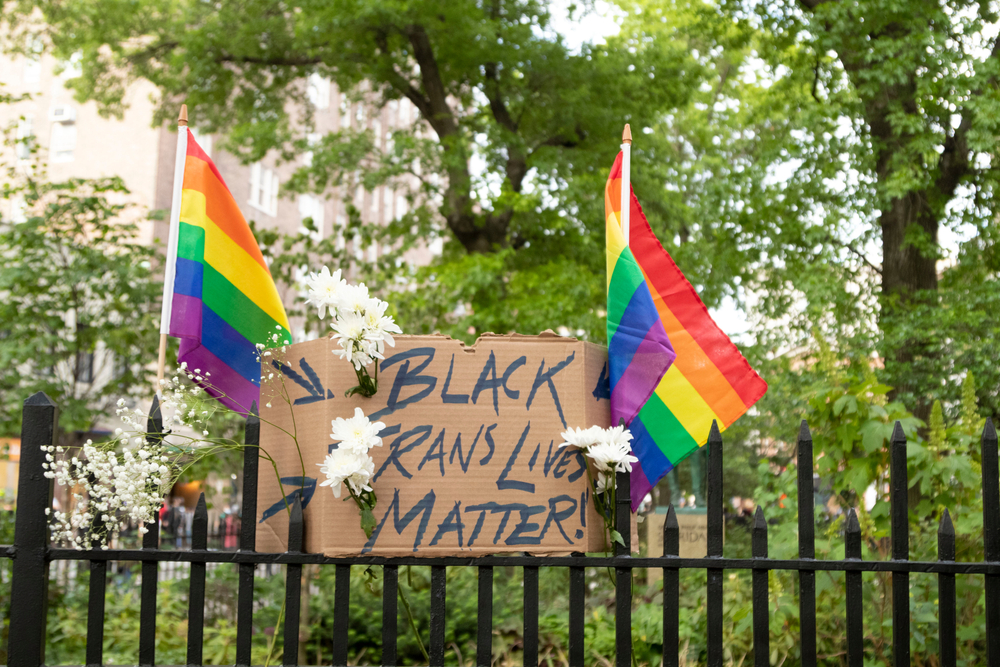 Due to the COVID-19 global pandemic, this Pride month has been markedly different than those of years past. In response to the virus, many Pride gatherings have been postponed or reworked as virtual celebrations. But this Pride month, which signifies the 50th anniversary of the first Pride marches that began in 1970, we look back to the very event which precipitated Pride celebrations in the first place: the Stonewall uprising.

In New York City in the 1960s, LGBTQ people were regularly harassed and brutalized by the police. Many took much needed refuge in gay bars such as the Stonewall Inn. One night in June of 1969, during a typical police raid of the Inn, patrons refused to comply with police officers; instead of acquiescence, the LGBTQ community fought back against police violence. Led by revolutionary trans women of color including Marsha P. Johnson and Sylvia Rivera—both of whom played a significant role in catalyzing and shaping the modern-day LGBTQ rights movement—an uprising ensued and continued for several nights thereafter. This series of protests, and many like it, are now honored annually around the globe in the month of June.

Turn to present day: In spite of recent legal advances (such as last week’s victory before the Supreme Court), LGBTQ people, and in particular LGBTQ people of color, are more likely to be adversely affected by COVID-19 than the general population. Specifically, LGBTQ people experience higher rates of job loss and higher rates of work hour reduction, trends that are exacerbated amongst LGBTQ people of color. And in general, Black and Latinx people represent a much greater share of those that have tested positive for COVID-19 than their share of the population in general. COVID-19 has laid bare the stark inequities that our communities continue to face in great part due to systemic racism, homophobia, and transphobia.

And now, in response to centuries of systemic racism and violence, including the killings of several Black people at the hands of police and white supremacists, nationwide protests began in late May and have continued throughout June. The recent murders of two Black trans women named Dominique “Rem’mie” Fells and Riah Milton, have added to the rightful outrage of protestors and activists, all of whom have one central message: Black Lives Matter.

Though in recent years Pride has come to be known as a joyous celebration of the many shades of our beautiful LGBTQ community, Pride 2020 emphasizes the systemic struggles from which our celebrations originated. A Better Balance is committed to listening to and working with leaders and partners in the LGBTQ community and Black leaders nationwide to continue toward a better world for all. Our fights are not separate, and we stand together.

Although families are incredibly diverse, our laws and policies often define family relationships narrowly. In 2018 A Better Balance worked with partners across the country to ensure that all family members, regardless of biological or legal ties, would be covered by these important workplace protections.