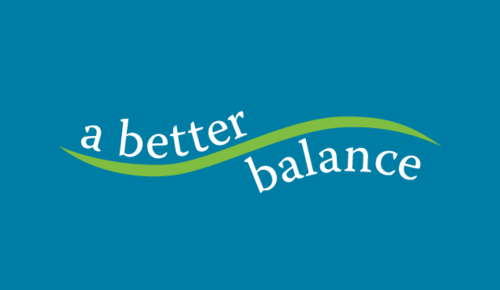 A Better Balance, the Mississippi Black Women’s Roundtable, the National Coalition on Black Civic Participation, and Oxfam America join forces as part of the national ‘Equality Can’t Wait’ challenge to advance Black women’s rights across the US

New York, NY / Nashville, TN — On International Women’s Day, A Better Balance and its coalition partners are thrilled to be named finalists in the national ‘Equality Can’t Wait Challenge.’ The challenge awards a total of $40M to organizations with bold ideas to expand women’s power and influence across the US. As part of the competition, A Better Balance, the Mississippi Black Women’s Roundtable, the National Coalition on Black Civic Participation (NCBCP), and Oxfam America have come together under a vision to increase the power and influence of Black women in the South.

The Challenge, hosted by Pivotal Ventures, Melinda Gates’ investment and incubation company—with additional support from MacKenzie Scott and Charles and Lynn Schusterman Family Philanthropies, and managed by Lever for Change—was launched in June 2020 to accelerate the pace of progress toward gender equality in America.

“Gender inequality isn’t inevitable,” said Melinda Gates, founder of Pivotal Ventures. “Solutions exist but scaling them requires investment. The Equality Can’t Wait Challenge has proven there’s no shortage of actionable ideas to drive progress for women and that donors are willing to meet bold ideas with big resources. Our hope is that this Challenge serves as a source of connection between innovators and funders, so promising ideas can get the support they need to create change.”

If awarded the grant, this coalition of organizations called “Equality Starts Here” will introduce policy, legal, and advocacy reforms to empower, support, and sustain Black women in our shared quest to achieve a higher quality of life for Black and Brown communities.

By leveraging the coalition’s collective strengths at the grassroots, municipal, state, and national levels, the team will support and accelerate a pipeline of Black women political leaders and achieve policy reforms that put Black women at the center of resourcing decisions. The coalition will raise awareness of the barriers to economic security for Black women, namely the gender pay gap impacted by the burden of unpaid care and lack of sufficient pregnancy protections, as well as insufficient paid family leave and affordable child care.

“Black women, especially those who are caregivers and low wage workers in the South, have been disproportionately carrying the burden of our nation’s care crisis for far too long,” says Kameron Dawson, staff attorney at A Better Balance. “The time is now to advance a progressive policy agenda routed at the intersection of race, gender, and economic justice and invest in the leadership potential of Black women to support the health and wellbeing of families.”

“Black women continue to be on the frontlines of the critical fight for economic, political and social equality in the South and the rest of the nation,” said Cassandra Welchlin, executive director and co-convenor of the Mississippi Black Women’s Roundtable. “With this grant, we have the potential to demonstrate just how many more Black women have the vision and leadership skills to become change agents.”

“Black women have the highest level of workforce participation, work long hours and rank highest among groups who’ve received college degrees, but when it comes to pay, Black women are consistently paid less than white men and women.  In dollars and cents, that means in 2021, Black women will earn only 63 cents for every dollar that their white male counterparts make. Black women know too well what decades of unequal pay means to our ability to achieve economic justice and prosperity and has been further exacerbated by the COVID19 Pandemic. This level of inequality holds all of America back. It is past time for equal pay to be a reality in our nation because ‘equality can’t wait,’ said Melanie Campbell, President and CEO of NCBCP/BWR.

“Black women have a long-standing history of powerful organizing in the United States. The outcome of Georgia’s Senate elections clearly illustrates that Black women’s organizing can create profound changes within our nation’s systems,” said Gina Cummings, Vice President of Alliances, Advocacy, and Policy for Oxfam America.

“Oxfam is honored to be selected as a finalist in the Equality Can’t Wait challenge and is especially humbled to join forces with some of the leading social justice organizations who have been working tirelessly to advance the rights of Black women,” said Joi Owens, Gulf Coast Program Lead for Oxfam America.

The coalition’s work would take place over five years with the intention of influencing five states across the South to take administrative action on key issues related to unpaid care and the gender pay gap and to adopt gender-responsive budgets in 10 key cities.