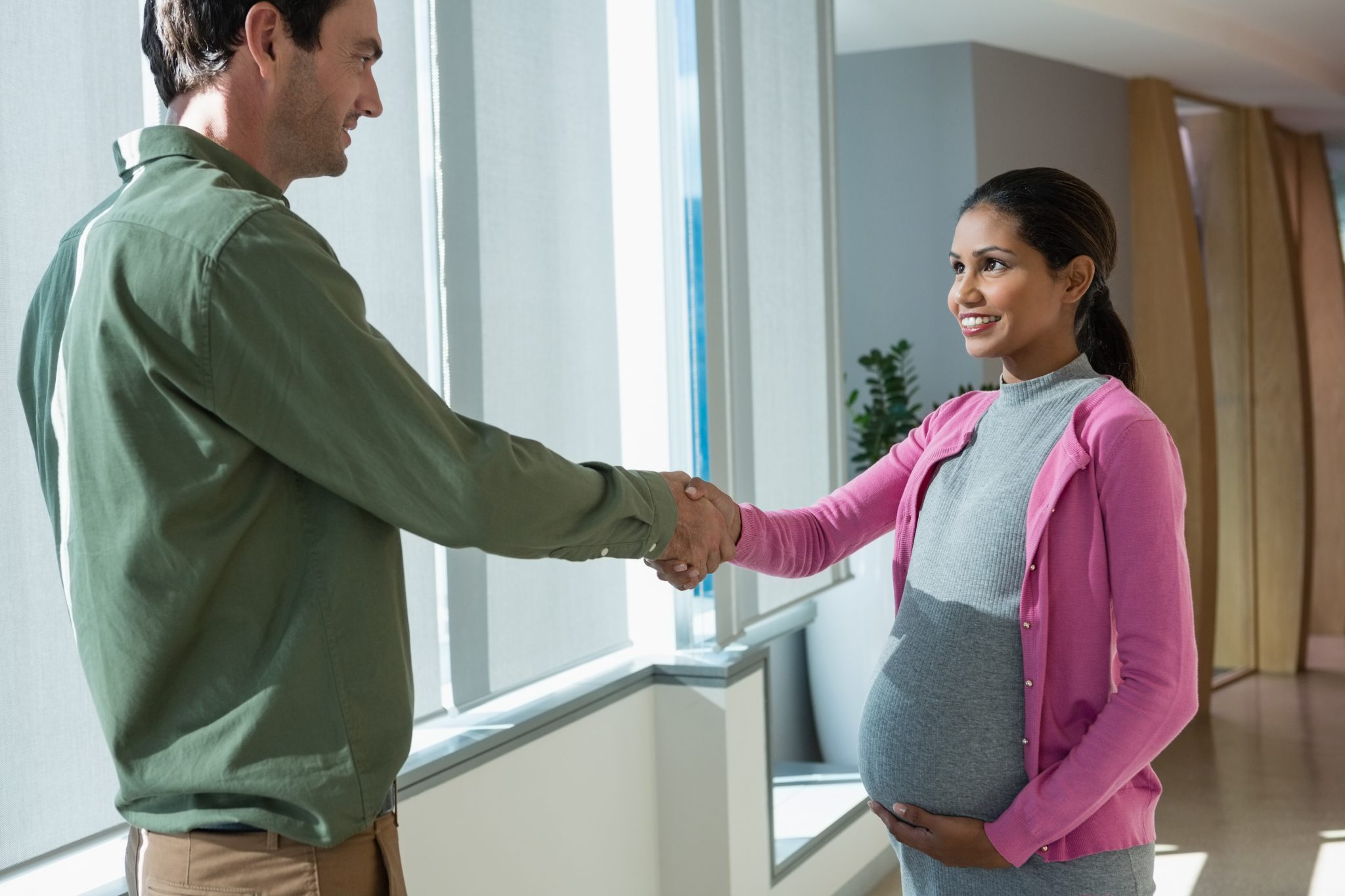 Pregnancy discrimination is a widespread problem—but pregnant workers have rights, and knowledge is power. Under the Pregnancy Discrimination Act (PDA), it is illegal for employers to consider pregnancy in decisions about hiring, firing and promotion. And 27 states now have pregnant workers fairness laws that fill in the gaps left by the PDA, guaranteeing workers the clear right to reasonable pregnancy accommodations when they need them.

We spoke with The New York Times Parenting for their recent guide to knowing and exercising your rights when pregnant and working. “Women need to know their rights and feel like they can take advantage of the law for it to be meaningful,” ABB Co-President Dina Bakst told reporter Robin Shulman. The piece highlighted our state-by-state guide to the legal protections available to expecting and new parents.

Plus, two of our former clients, Lyndi Trischler and Takirah Woods, shared their stories of being denied reasonable pregnancy accommodations, and subsequently advocating for their own rights, with the Times. Lyndi, a police officer in Kentucky who was denied a desk assignment during her pregnancy and forced to take unpaid leave, played an important role in getting the Kentucky Pregnant Workers Act passed. And in Takirah’s case, when she realized she was entitled to accommodations under New Jersey law, she was able to successfully assert those rights to her employer. Here’s an excerpt from the piece:

Takirah Woods was a family services worker for the state of New Jersey whose job sometimes required her to lift young children who were in state custody because of abuse and neglect. During her high-risk pregnancy, her doctor prohibited lifting, and her supervisor initially reassigned her to cases with older kids — until a human resources manager told her she had to take unpaid leave. “I felt devastated and angry,” Woods said. Her doctor told her about a state law that had recently come into effect to protect pregnant workers, but Woods’ employer wouldn’t budge, she said. She asked A Better Balance to send a letter outlining the employer’s obligations under the law. A few weeks later, the employer offered her a higher-paying light-duty position. “Women have to do their research,” she said, “and there are people who can help.” Employers concede at least as frequently as they resist change, advocates say.

Read the full guide here. And if you have questions about your rights, you can call our free and confidential helpline at 1-833-NEED-ABB.

Invisible and Invaluable: Standing up for Women’s Work

Today, March 8th, is International Women’s Day. This year, the advocates who spearheaded the Women’s…