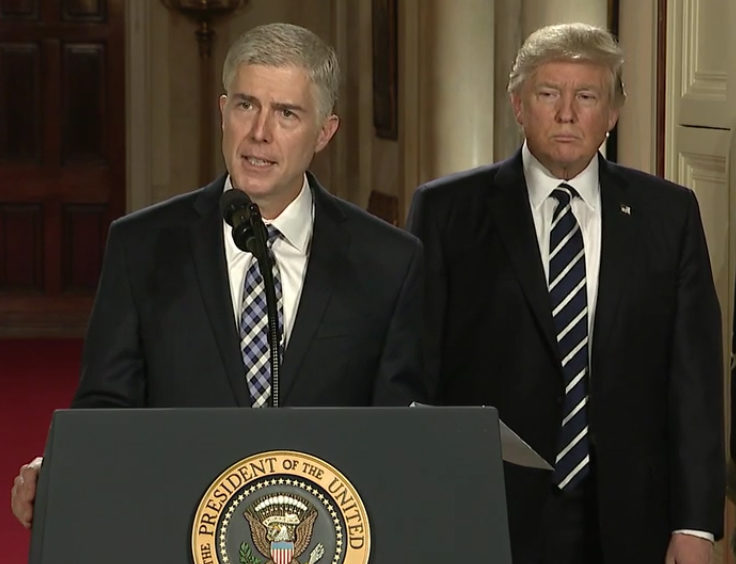 The Senate Judiciary Committee is scheduled to begin hearings today for Judge Neil Gorsuch’s nomination to the Supreme Court. We expressed concern about Judge Gorsuch last month when President Trump announced Gorsuch as his pick to fill the vacant Supreme Court seat left open last year by the death of Justice Antonin Scalia:

As civil rights advocates, we are alarmed by Judge Gorsuch’s 2005 essay, “Liberals’N’Lawsuits,” in which he expresses ideological opposition to impact litigation brought to vindicate the constitutional rights of vulnerable groups. He argues that the judiciary should be reserved for “extraordinary cases,” and suggests that cases bearing on LGBT rights, among others, are not “extraordinary.” Indeed, in a 2015 case, Druley v. Patton, Judge Gorsuch rejected the notion that transgender individuals are constitutionally protected against state-sanctioned discrimination.

Yet in the 2013 Hobby Lobby case, Judge Gorsuch sided with business-owners who claimed that their right to religious freedom permitted them to block employees’ access to contraception insurance coverage, even though federal law required them to provide this coverage. (The Supreme Court later accepted this argument in a majority that included Justice Scalia.)

Judge Gorsuch also authored an opinion rejecting a claim of pay discrimination by two maintenance workers who alleged they were transferred to lower-paying jobs based on their age. Although the 2009 Lily Ledbetter Fair Pay Act was intended to make it easier for employees to challenge pay discrimination, Judge Gorsuch interpreted the law narrowly, writing that the law did not protect the plaintiffs because it applies only to “unequal pay for equal work…nothing more, nothing less.”

More recently, it came to our attention that Judge Gorsuch ruled against a university professor who requested to work from home temporarily after being diagnosed with leukemia and undergoing a stem cell transplant. Judge Gorsuch upheld the university’s decision to terminate her, finding that the six months’ sick leave she took under university policy was “more than sufficient” to comply with federal disability law, even though the law does not limit how long temporarily disabled employees are entitled to receive reasonable accommodations.

We are likewise distressed by a letter submitted to the Senate Judiciary Committee by Jennifer Sisk, an attorney who took a course with Judge Gorsuch as a law student. According to Sisk, Judge Gorsuch made a series of remarks in class suggesting that professional women routinely manipulate employers by accepting jobs without disclosing their plans to become pregnant, accepting maternity benefits from their employers, and then failing to return to work after their maternity leave. “There was no discussion of the reasons women may leave employment when having children,” Sisk wrote. “Instead, Judge Gorsuch continued to steer the conversation back to the problems women pose for companies and the protections that companies need from women.”

The National Partnership for Women & Families has written an extensive report on Judge Gorsuch’s record, focusing on his decisions impacting women, workers, and others facing discrimination.

We have grave doubts about Judge Gorsuch’s fitness to serve on our nation’s highest court. We urge the Senate to probe Judge Gorsuch about critical issues including reproductive rights, employment discrimination, and immigrants’ rights, which the Court will likely address in the coming years. The future of our country depends on a Court willing to protect our civil rights.