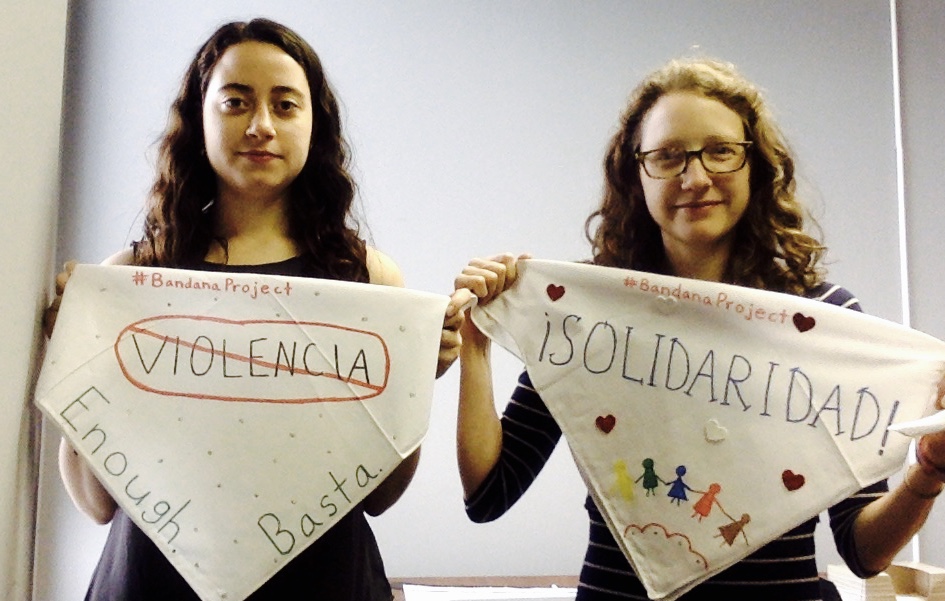 When interviewed, a shocking 80% of farmworker women in California reported experiencing some form of sexual harassment at work. Many of these women have resorted to using layers of clothing, including bandanas, to protect themselves against sexual assault and violence on the job. Thus, the white bandana serves as a symbol of solidarity with farmworkers.

Founded in 2007 as a project of Esperanza: The Immigrant Women’s Legal Initiative of the Southern Poverty Law Center, the Bandana Project has grown into a major national campaign led by Justice for Migrant Women. A Better Balance is proud to be a partner in this important initiative to support and empower farmworkers impacted by sexual violence.

The bravery and leadership of farmworkers has inspired efforts across the country to end the epidemic of sexual violence. Here are just three key initiatives:

There are many strategies in the fight to combat workplace sexual harassment, and each is critical to the success of the overall movement. We are in solidarity with migrant farmworkers leading the fight to end sexual violence and to promote dignity and respect for all.

For workers who have questions about their workplace rights, A Better Balance hosts a free and confidential legal helpline that can be reached at 833-633-3222 (1-833-NEED-ABB).

Our Fall Celebration Focuses on Courage, Daring to Dream, and the Road Ahead

Congratulations again to our amazing 2018 honorees. We look forward to seeing what you accomplish next especially if we all continue to dream big and keep our focus on achieving justice in the workplace and beyond.

One of the many high points at the conference was hearing about the incredible cross-movement work happening at the local level, even in the face of state interference.

WALMART HIT WITH ANOTHER LEGAL CLAIM FOR PREGNANCY DISCRIMINATION