The Next Big LGBTQ Issues Before SCOTUS: Sexual Orientation, Gender Identity, & Gender Expression in the Workplace

On October 8th, just three days prior to National Coming Out Day, the Supreme Court will hear oral arguments regarding three cases concerning workplace discrimination against LGBTQ people. The Court’s decision will have significant ramifications for the LGBTQ community nationwide.
Share on facebook
Share on twitter
Share on linkedin
Share on email
Blog Categories: Recognizing All Families 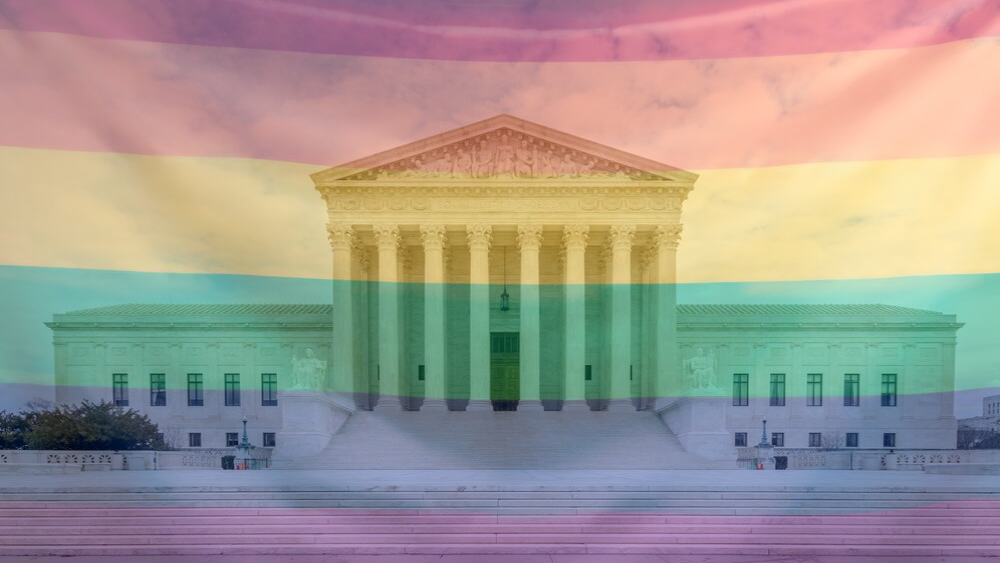 All Americans should have the right to openly love whomever they want, and to express their identities in ways they feel most comfortable. However, nearly half (46%) of the LGBTQ community remains closeted in the workplace, often due to fear of discrimination.

On October 8th, just three days prior to National Coming Out Day, the Supreme Court will hear oral arguments regarding three cases concerning workplace discrimination against LGBTQ people. The Court’s decision will have significant ramifications for the LGBTQ community nationwide.

The individuals at the center of these cases show what is at stake. Gerald Bostock is a former child-welfare-services coordinator in Georgia, and Donald Zarda, who died in an accident in 2014, was a former skydiving instructor in Long Island. Bostock and Zarda are both gay men alleging they were fired by their respective employers because of their sexual orientation. In Bostock’s case, the 11th Circuit Court of Appeals ruled that Title VII does not apply to discrimination because of sexual orientation. For Zarda, the 2nd Circuit reached the opposite conclusion that, for reasons highlighted in an amicus brief co-signed by A Better Balance, Title VII’s protections against sex discrimination do encompass discrimination based on sexual orientation.

The third case, R.G. & G.R. Harris Funeral Homes Inc. v. Equal Employment Opportunity Commission, began when Aimee Stephens, a transgender woman, was fired from her job as a funeral home director for living her life consistent with her gender identity. At issue in Stephens’ case is whether Title VII prohibits discrimination against transgender individuals based on their gender identity or sex stereotyping, as interpreted by a case decided by the Supreme Court in 1989. The aforementioned case, Price Waterhouse v. Hopkins, made clear that gender stereotyping is a form of sex discrimination under Title VII. Specifically, when the female complainant in Price Waterhouse was looked over for promotions because she didn’t wear makeup or act in stereotypically feminine ways, the Supreme Court found the employer to be in violation of Title VII. Based upon Price Waterhouse, the 6th Circuit ruled in favor of Aimee Stephens in Harris Funeral Homes, finding that Title VII’s prohibition against sex discrimination includes discrimination based upon gender identity. We hope the Supreme Court agrees.

We were proud to join an amicus brief, authored by the National Women’s Law Center, urging the Supreme Court to follow the clear reasoning of the 2nd Circuit and 6th Circuit and hold that Title VII prohibits discrimination based upon sexual orientation and gender identity.

These three cases have high stakes for millions of LGBTQ Americans, and regardless of the outcome, much work remains to fully protect LGBTQ communities. Title VII only provides workplace protections, and it doesn’t cover certain small employers. In order to explicitly protect all LGBTQ people in the context of employment, housing, and public accommodations, it is vital that we pass the federal Equality Act as well as comprehensive state and local nondiscrimination laws.

So as we celebrate National Coming Out Day later this week, we look forward to a day when all LGBTQ people can come out without the risk of discrimination. We hope the Supreme Court will move America one big step closer.