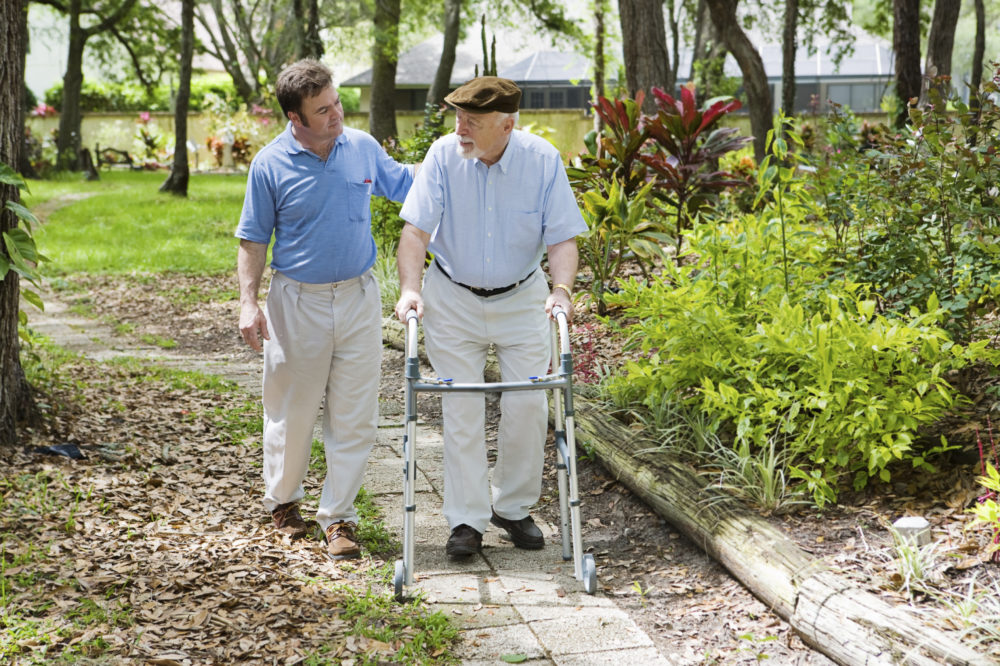 Twenty-four years ago this week, then-President Bill Clinton signed the Family and Medical Leave Act (FMLA)—the nation’s first and only law to address the challenges workers face meeting the conflicting demands of work and family. And although it was a major step forward, the law has many well-known shortcomings: it doesn’t cover all employees nor does it provide any paid leave. In fact, only 13 percent of private sector workers in the United States have access to any paid leave. As a result, countless people are forced to make impossible choices between their work responsibilities and family needs. At A Better Balance, we see it every day—whether it’s a new mother forced to return to work days after childbirth or otherwise she can’t pay her rent, or a son who can’t afford to be by his dying father’s side.

Fortunately, New York has stepped up to fill this gap in movement at the federal level. Thanks to Governor Andrew Cuomo’s leadership and the work of a coalition of which we were proud to be a part, beginning on January 1, 2018, most New York workers will be eligible for eight weeks of paid leave through an employee-funded insurance system.  Once fully phased in, the program will offer twelve weeks of paid family leave—the most generous in the country. The leave can be used to bond with a new child (including adopted and foster children), to care for a seriously ill relative, or to address certain military family needs. Like New York’s legislators, members of Congress should put aside partisan concerns and recognize that a federal paid leave program is a win-win for families, business and our economy.

Consider some of the most compelling reasons for a national paid leave program, like the one proposed in the soon-to-be reintroduced FAMILY Act:

Paid leave keeps women on the job and earning critical income. Every day, women disproportionately exit the workforce because they need to care for a new child or seriously ill family member. Having access to paid leave would increase the participation of women in the workforce after giving birth and deter families from relying on safety net programs. Research shows that women who take paid leave after the birth of a child are more likely than women who do not to return to work nine to twelve months later. They are also 54 percent more likely to report wage increases in the year following birth. Similarly, women are still more likely then men to provide other forms of care, such as eldercare. But not just women and their families stand to gain: research shows the U.S. would add about five percent to its GDP if women participated in the workforce to the same extent as men.

Having access to at least twelve weeks of paid leave also improves child health outcomes including increased birth weight, decreased premature births, and decreased infant mortality rates. Research shows that children whose mothers do not return to work full time in the first 12 weeks are more likely to receive medical checkups and critical vaccinations. They are also more likely to be breastfeeding, with important lasting health benefits for both mother and baby. Paid family leave helps alleviate the burden of finding quality, affordable infant care, which is especially challenging for middle and lower income families.

Finally, paid leave does not hurt business, but can actually help. In California, nearly 93 percent of employers reported that paid family leave had a positive or neutral effect on employee turnover, saving employers the costly step of replacing an existing employee. Smaller businesses have the most to gain from a social insurance program. While many larger employers can afford to pay for family leave benefits out of pocket, small businesses often cannot. A paid leave insurance program levels the playing field so that small businesses can compete to attract and retain the best workers. One year after Rhode Island’s paid family leave law went into effect, a majority of small employers reported they were in favor of the program.

However, the most powerful case for paid leave is also the simplest: it’s about basic human decency and respect. As Steven from Stony Point, New York told ABB before the passage of New York’s landmark law, “I have a 25-week old premature daughter in the NICU at Westchester Medical Center and cannot afford to take time off of work as I sure most New Yorkers also could not afford to do. Family leave would give me a chance to be with my daughter in the NICU until she comes home, and not have to worry about paying my bills and mortgage.”

All workers, not just a privileged few, should rest easy knowing they can care for their loved ones without risking their economic security. In a period of intense partisanship, New York’s bill, passed by the Democratic Assembly and the Republican State Senate, is a model for lawmakers across the country. Congress should follow their lead to make our country stronger for all working families.