Many of the racial disparities in our economy and workforce that Dr. King fought against continue to this day. A recent report reveals that the racial wealth divide in this country persists, and has in fact gotten worse since the 1980’s.
Share on facebook
Share on twitter
Share on linkedin
Share on email
Blog Categories: Uncategorized 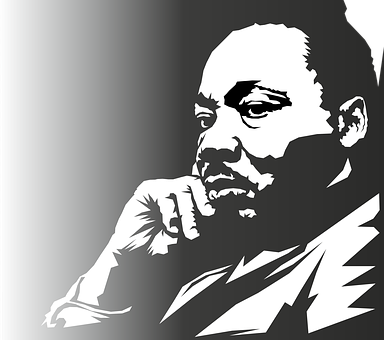 Today we honor the life of Martin Luther King Jr. In recent years, more attention has been paid to the role that economic issues played in Dr. King’s vision of justice and equality in addition to his role as a leader of the civil rights movement.  The 1963 March on Washington for Jobs and Freedom, where King delivered his famous “I Have a Dream Speech,” was initially organized by black union members to call for workplace equality.  In a 1961 speech at an AFL-CIO Convention, King noted the “duality of interests” of the labor movement and the civil rights movement, describing a shared need for “decent wages, fair working conditions, livable housing, old-age security, health and welfare measures, conditions in which families can grow, have education for their children, and respect in the community.”

Unfortunately, many of the racial disparities in our economy and workforce that Dr. King fought against continue to this day. A recent report reveals that the racial wealth divide in this country persists, and has in fact gotten worse since the 1980’s. African-Americans still earn less than white Americans and have higher rates of unemployment and lower rates of home ownership.  These differences cannot be explained merely by socioeconomic differences because, while African-Americans are more likely to hold low-wage jobs, these disparities persist across education levels and parental income, suggesting that policy changes are needed to address structural inequalities and the legacy of institutional racism.

At A Better Balance, we are particularly concerned about the role that a lack of access to workplace supports, such as paid leave, plays in exacerbating these economic disparities for workers of color, particularly women of color. For the majority of American workers who do not have access to paid family leave and the 55% who do not have access to paid personal leave, taking unpaid leave may not be financially feasible.  According to one report, 62.2% of black working adults are either ineligible for or unable to afford unpaid leave under the Family and Medical Leave Act (FMLA), and 26% of black working adults who reported needing family or medical leave in the last two years were unable to take it, compared to only 13% of white working adults. This leads to workers either foregoing necessary leave and medical care, which is particularly concerning for people of color who already face significant disparities in health care access and outcomes, or facing job loss or economic hardship. A lack of paid leave is particularly burdensome to women of color, who are less likely to have access to paid parental leave and face higher rates of maternal health complications.  They are also more likely to be breadwinners in families with children and to  have significant caregiving responsibilities.

At the time he was tragically assassinated in 1968, Martin Luther King, Jr. was in Memphis supporting a strike by black sanitation workers protesting low pay and unsafe working conditions. In a speech to these workers, he emphasized that “All labor has dignity.” Dr. King promoted a vision of economic justice and equality where all people could work with dignity to support themselves and their families. Fifty years after his death, persistent economic inequality, particularly along racial lines, makes clear that there is much more work to be done to achieve King’s vision. As we remember his legacy and contributions to the fight for civil rights and economic justice today, we at A Better Balance are committed to continuing our work to promote the dignity of all workers by ensuring that they are able to care for themselves and their families without sacrificing their jobs or economic security.