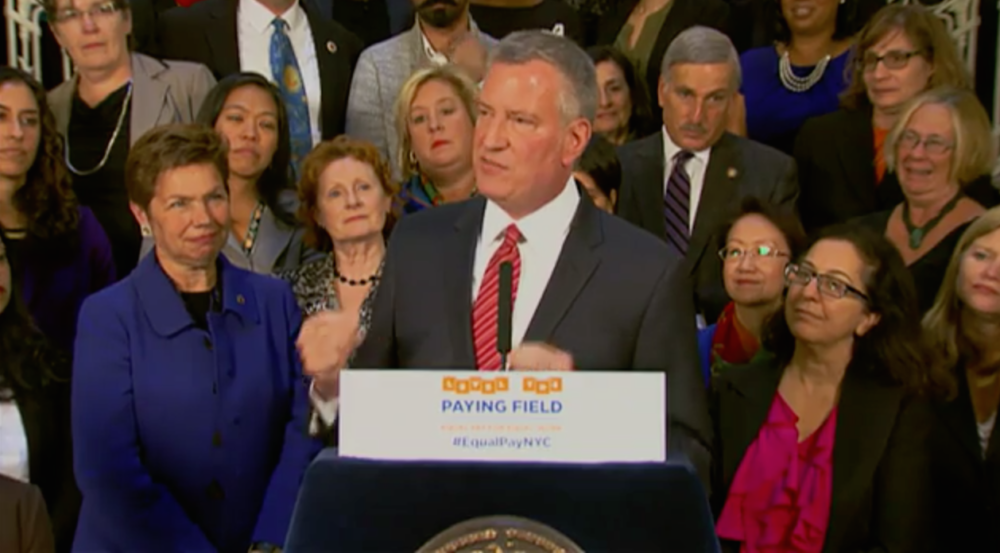 Job applicants applying to work for the New York City government may no longer be asked how much they earned at their previous jobs. On [Friday], Mayor de Blasio signed an Executive Order prohibiting the city government from asking job applicants about their previous earnings. “Because women earn less than men across the board, a vicious cycle is created when employers can base pay on what was previously earned,” A Better Balance co-President Sherry Leiwant explained.

Eliminating questions about salary history will help close the troubling wage gap that persists in New York City. As NYC Public Advocate Letitia James recently reported, women in New York City lose $5.8 billion a year due to unequal pay. Pay inequality is even worse for municipal workers as they face a gap in pay that is three times greater than the gap private for-profit sector employees face.

A Better Balance has been at the forefront of encouraging lawmakers to prohibit employers from asking about salary history and applauds the mayor’s commitment to ending pay inequality and fighting for women’s advancement in the workplace. We hope private-sector employers in New York City follow the model set by the Mayor’s Office, in order to bring about pay equality for all New York City workers.

Yanelia Ramirez, a nail salon worker. Pedro Gamboa, an airport worker. Jacqui Orie, a nanny. Ricarda, a laundry worker. Each of them share something in common:  they work long, hard hours with no right to paid time off to attend important life events, spend time with their families, or simply relax.  On September 9th, we were proud to join these workers in calling for New York City to pass a bill giving New Yorkers the right to earn 10 days of paid personal time at a  rally on the steps of City Hall

Last Wednesday, A Better Balance testified in support of a robust package of bills introduced by New York City councilmembers to help combat sexual harassment in the workplace.