This Juneteenth, We Celebrate Black Women Leading the Fight for Justice in the South 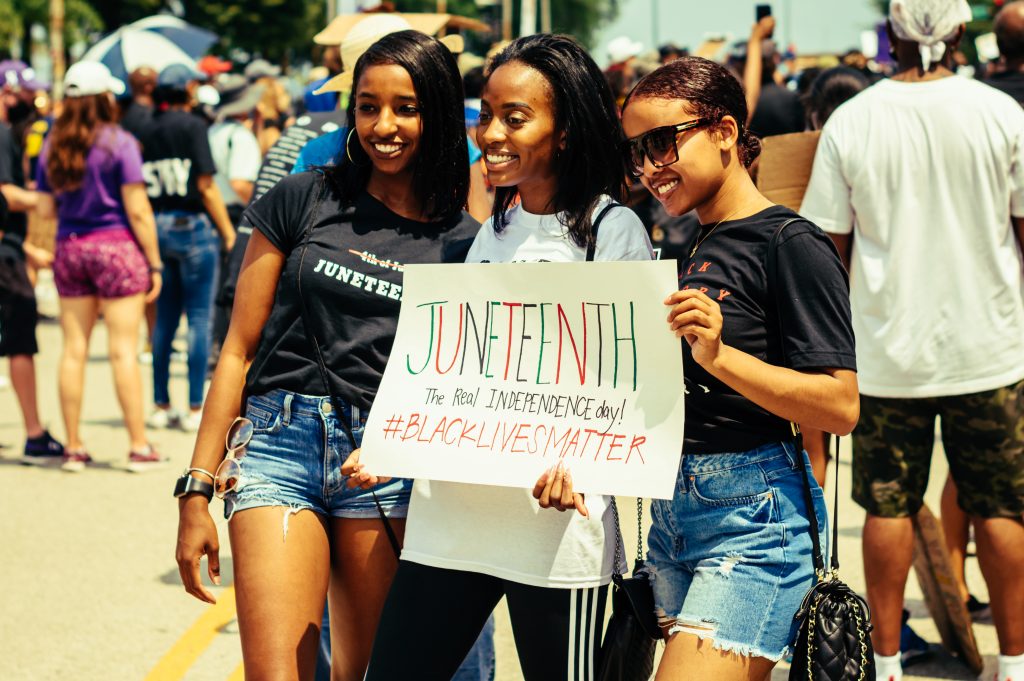 Juneteenth is a holiday that celebrates the end of slavery in the United States, and marks the emancipation of the last remaining enslaved African Americans. On June 19th, 1865, Major General Granger arrived in Galveston, Texas with the news that enslaved people in the U.S. were freed, two and a half years after President Abraham Lincoln had issued his Emancipation Proclamation in 1863.

In recent years, this holiday has gained more widespread recognition on a national level, including the U.S. Congress’s recent passage of a bill to officially recognize Juneteenth as a federal holiday, which President Biden signed into law. However, Juneteenth has long been an important celebration of freedom and resilience within the African American community across the South.

Over the past year, the consequences of historical and ongoing systemic racism have been clearer than ever– from racist police violence, to voter suppression laws, to stark racial inequities in health outcomes and access to critical supports like child care and paid leave. Black voices must be uplifted and heard to make meaningful change for working families and their communities, especially in the South, where over half of our nation’s Black families live. From the Civil Rights Movement in the early 1950s and 1960s to the historic 2020 Presidential election and 2021 Georgia Senate race, we have seen that when change is made in the South, it has a lasting impact on the rest of the United States.

Black women have been leading the fight for social justice on the ground in the South for decades, and they continue to be on the front lines championing the needs of working women and families. “The time is now to advance a progressive policy agenda rooted at the intersection of race, gender, and economic justice and invest in the leadership potential of Black women to support the health and wellbeing of families,” says Kameron Dawson, staff attorney at A Better Balance. A Better Balance is proud to work in solidarity with many of these fearless leaders, from elected officials to community advocates. Below, we highlight just a few of the countless Black women we’ve worked with recently who are advocating for policies that allow all working families in the South to thrive.

State Senator Regina Barrow of Louisiana has long been a champion for maternal and infant health. This year, she sponsored the Louisiana Pregnant Workers Fairness Act and led the bill to pass with strong bipartisan support. Thanks to Senator Barrow’s leadership and dedication, pregnant workers in Louisiana will no longer have to face the impossible choice between their health and their paycheck. Black women lawmakers are leading the fight on this issue in other Southern states as well, from Representative Park Cannon in Georgia to Representative Dotie Joseph in Florida, and A Better Balance is proud to work alongside them.

In Tennessee, State Representative London Lamar became the state’s youngest legislator when she was elected to office in 2018. Since then, Representative Lamar has advocated for stronger supports for working mothers, including a resolution she passed this year recognizing doulas as essential members of the birthing team and acknowledging their positive effect on addressing racial disparities in maternal and infant mortality. Representative Lamar also bravely spoke out on the House floor this year against a harmful bill to restrict the teaching of racism in public schools, garnering national attention.

Of course, Black women in the South are fighting for change from both inside and outside the halls of power. We are proud of the leadership of A Better Balance community advocates like Tasha Murrell and Natasha Jackson, who bravely spoke truth to power and shared their heartbreaking stories of pregnancy discrimination so that other women would not face the same struggles. Thanks to their advocacy, new laws were passed in Tennessee and South Carolina to protect pregnant individuals in the workplace.

We all have a role to play in supporting the leadership of Black women in our communities, whether they are running for office or serving as community leaders. A Better Balance is committed to continuing this important work, until we achieve a world in which all Black families can care for themselves and their loved ones without risking their economic security.