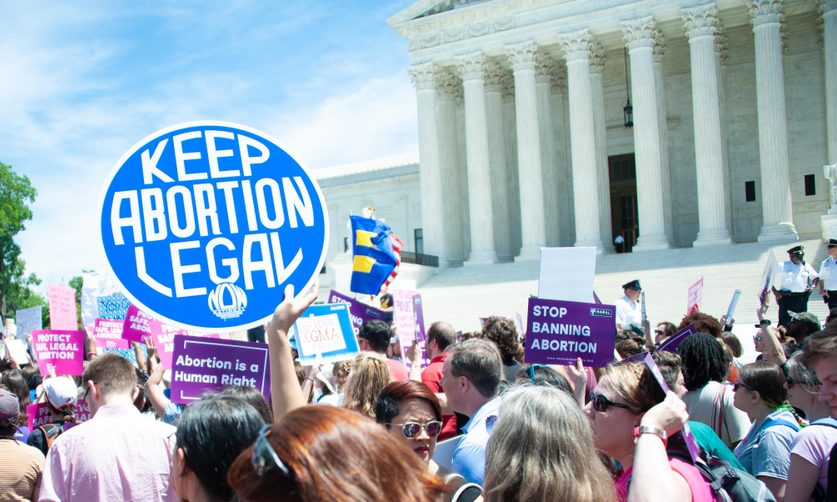 On June 29, 2020, in a 5-4 decision, the Supreme Court struck down a Louisiana law that was designed to cut off access to abortion clinics in Louisiana by requiring doctors who perform abortions to have admitting privileges at nearby hospitals. In reaching this decision, the Court adhered to its precedent, having found a nearly identical Texas law unconstitutional in the 2016 case, Whole Woman’s Health v. Hellerstedt. This case is undoubtedly a victory, ensuring that those most impacted by these bans including low-income women, women of color, trans & non-binary people of color, and those in rural communities will retain access to critical services, but also serves as a reminder that we were only one vote away from precedent being overturned. More than that, attacks on reproductive health remain rampant.

The Louisiana law was initially passed as a part of an ongoing, nationwide effort to regulate abortions out of existence and curb reproductive access. For decades, opponents of reproductive rights have relentlessly sought to deny the promises and protections of Roe v. Wade with a landslide of laws targeting abortion providers, clinics, and patients, which disproportionately affect BIPOC, trans & non-binary, rural, and low-income communities. While this decision is a victory for reproductive health and access, it comes on the heels of increased attacks on reproductive rights across the country, which are largely rooted in systemic racism.

Just two weeks ago, Tennessee passed a 6-week abortion ban during last minute budget negotiations. As Cherisse Scott, the CEO & Founder of the Memphis-based reproductive justice organization SisterReach, made clear in a statement following the law’s passage, “this abortion ban demonstrates that [the Governor of Tennessee] has no cultural understanding about the realities of Black people, Black life, and the choices or lack thereof Black women, girls and pregnant people in Tennessee make… [t]his abortion ban is the knee on the neck of Black women.” As we face a maternal mortality crisis where Black women are up to four times as likely to die in childbirth or from pregnancy-related causes, abortion bans further limit the ability to access quality reproductive healthcare. We know that this Tennessee law, along with other oppressive anti-abortion laws, will be challenged in the courts by our partners and A Better Balance will continue to support partners in protecting reproductive freedoms.

As we celebrate this decision, it is also important to recognize that so much more work needs to be done in order to ensure true reproductive access and maternal health. That’s why we’re joining with partners to call on Congress to enact the Equal Access to Abortion Coverage in Health Insurance Act (EACH Woman Act) that strikes down the cruel and racist Hyde Amendment and makes abortion care affordable for all. We also urge Congress to pass the Women’s Health Protection Act (WHPA) to protect abortion access from medically unnecessary restrictions, like the admitting privileges law struck down in Louisiana this week. And we will continue to fight for passage of the Black Maternal Health Momnibus Act of 2020, which aims to improve maternal health outcomes for Black communities, and the Pregnant Workers Fairness Act which would ensure pregnant workers can receive reasonable accommodations to stay healthy and working, an issue that disproportionately impacts BIPOC as they are more likely to work in low wage, physically demanding jobs where modest accommodations may be needed.

Only with proactive legislation can we ensure that everyone will truly have access to comprehensive reproductive care. We strive for a world in which everyone has the political power and economic means to make dignified decisions about their bodies, sexuality, health, and family.

At the core of A Better Balance’s mission is the commitment to keep families together and safe. Taking children away from their parents, or even detaining them with their parents, is antithetical to our mission of supporting parents and families as they seek to care for their children and loved ones.