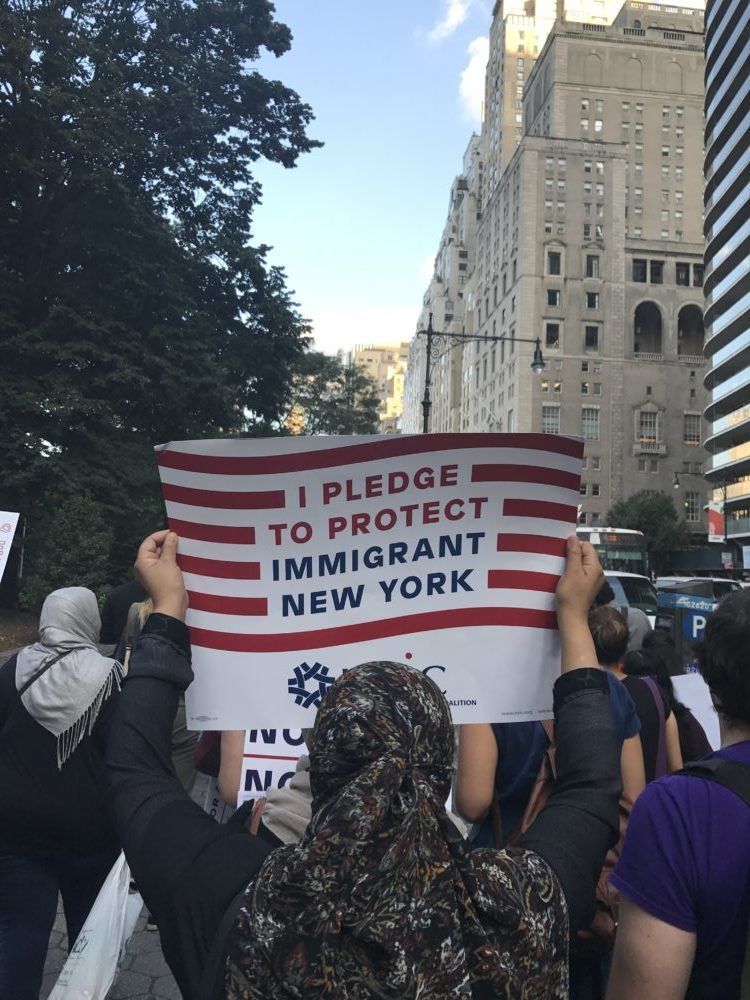 Immigrant families deserve the opportunity to live and work in their communities, without fear of arbitrary deportation decisions. That’s why ABB is working to support and defend the rights of immigrant families.
Yesterday, we co-sponsored and marched alongside our partners Make the Road New York, New York Communities for Change, & the New York Immigration Coalition to urge the Trump administration to preserve DACA, a program that has allowed young immigrants to go to school, get a job, and support their families in the country where they’ve spent most of their lives.
We’re also defending cities’ rights to enact “sanctuary city” policies, which are increasingly attacked by hostile state legislatures. Hot on the heels of the incredible outpouring of support for DACA here in New York, a federal judge in Texas blocked a law that would have not only prevented localities from enacting sanctuary city policies, but punished them for it. Read more about the case and decision here.
Federal LawImmigrants' Rightspreemption
Share This
Related Posts

The record-breaking wave of women running for office this election season and the soaring voter turnout made a difference. Last night's election results indicate many opportunities and of course some ongoing challenges to advancing the rights of women and all caregivers across the country.