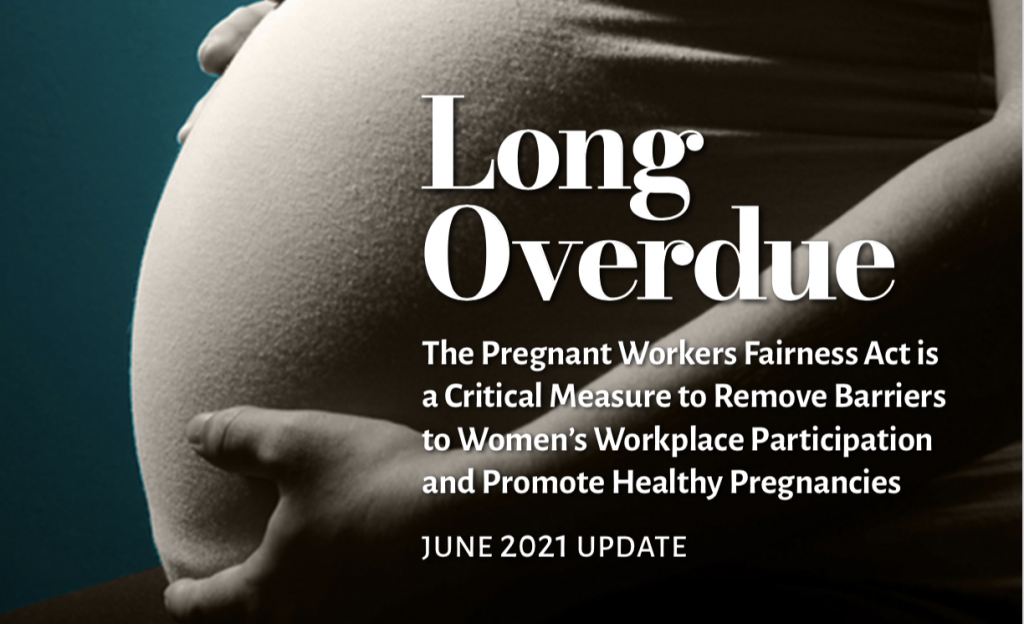 For over a decade, A Better Balance has been leading the movement to remedy the second-class treatment facing pregnant workers, especially women of color in low-wage jobs, and to lift up the voices of the workers who have been forced to choose between their paycheck and a healthy pregnancy. Those injustices have come into sharper relief with the onset of the COVID-19 pandemic and millions of women forced out of the workplace due to pregnancy and caregiving needs, or forced to put their health at risk as essential workers. The time to level the playing field and ensure pregnant workers can fully participate in the workforce is now.

As this report makes clear, in the two years since Long Overdue was published, the need for a federal Pregnant Workers Fairness Act has only become more stark. We have seen that:

Jennifer, a nurse practitioner from Texas who was forced onto unpaid leave when all she needed was a simple accommodation, said it best:

Preserving pregnant workers’ economic security was a matter of critical importance before the pandemic, but with experts suggesting that it could take years to undo the pandemic’s damage to women’s economic equality and our economic growth, the message is clear: Congress must pass the Pregnant Workers Fairness Act now.