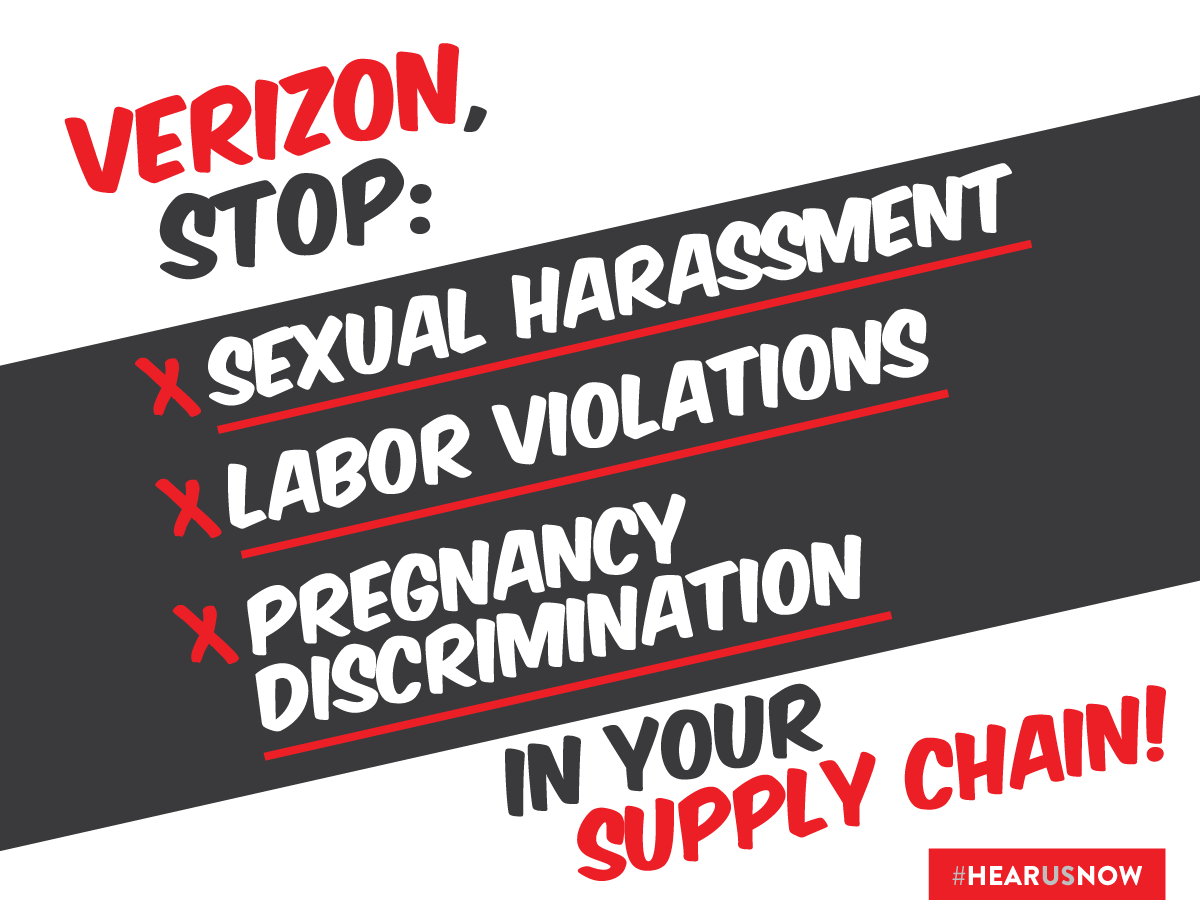 Since Tasha Murrell, ABB client, told her story in a New York Times investigative report that uncovered a disturbing pattern of discrimination against pregnant workers at a Verizon distribution center in Memphis, TN, XPO Logistics, we have been joining forces with workers to put an end to the abuse and hold Verizon accountable.

Last week, along with partners, we sent a letter to Verizon’s CEO requesting immediate action to protect workers. The letter reads in part:

These reports… and the numerous allegations of sexual harassment and retaliation that were brought to Verizon’s attention in May, paint a disturbing picture of how workers are treated in its supply chain. These allegations run contrary to the company’s Supplier Code of Conduct that upholds “ethical conduct in the workplace, safe working conditions,” and “the treatment of workers with respect and dignity.”

To increase pressure on the company, yesterday afternoon, at the height of holiday shopping, we joined in solidarity with workers as they held coordinated actions at Verizon stores across the country. The actions aimed to alert Verizon customers to the egregious abuse of workers and invited them to tell Verizon “we want fair supply chains now.”

These efforts come on the heels of 106 members of Congress calling for an investigation and an announcement by XPO Logistics that it will change its pregnancy accommodation and parental leave policies. We welcome XPO’s announcement, but it shouldn’t have taken months of advocacy and public pressure for the company to change its pregnancy accommodation policy. The proof will be in the implementation and we will be monitoring it closely. Likewise, Verizon must act to ensure that the new policy is followed and stop the horrifying abuse of female warehouse workers in its supply chain.

However, company-by-company change is not enough. As the new Congress launches, we will be increasing our advocacy for the Pregnant Workers Fairness Act, which will explicitly protect pregnant workers in need of modest accommodations for their health throughout the country. #HearUsNow, indeed!

A Better Balance filed a lawsuit today on behalf of a food service worker in upper Manhattan who—in a case of blatant and overt discrimination— was fired for being pregnant.