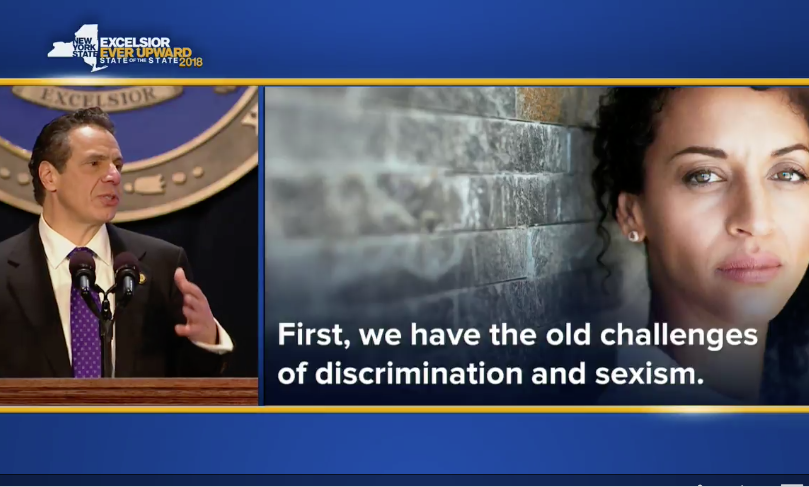 In 2017, women across the country made their voices heard and exposed the rampant sexual harassment taking place in all industries nationwide. In 2018, as women continue to declare “Me Too,” legislators have the opportunity to turn this moment of reckoning into an agenda for action.

New York is leading the way. At today’s State of the State Address, New York Governor Andrew Cuomo announced several legislative proposals to combat sexual harassment in the workplace, several of which follow recommendations A Better Balance proposed during testimony offered last month before the NYC Commission on Human Rights.

Please take a moment to thank Governor Cuomo for leading the way in advancing equal rights and an end to unsafe and unequal workplaces—and making New York a model of equality for women, by sharing these tweets:

ABB is proud to be a leader in the ongoing fight for justice and opportunity for New York women and families and we thank you for all your support in this fight.

A Better Balance applauds Governor Cuomo and the New York State Legislature for swiftly reaching an agreement on a bill that will ensure millions of working families in New York are provided job protection and economic security amidst the COVID-19 public health crisis, and beyond. In this time of crisis, the new law will help New Yorkers to follow New York State’s and the CDC’s recommendations to protect their own health and the health of their loved ones, while also protecting the health of the public as a whole.