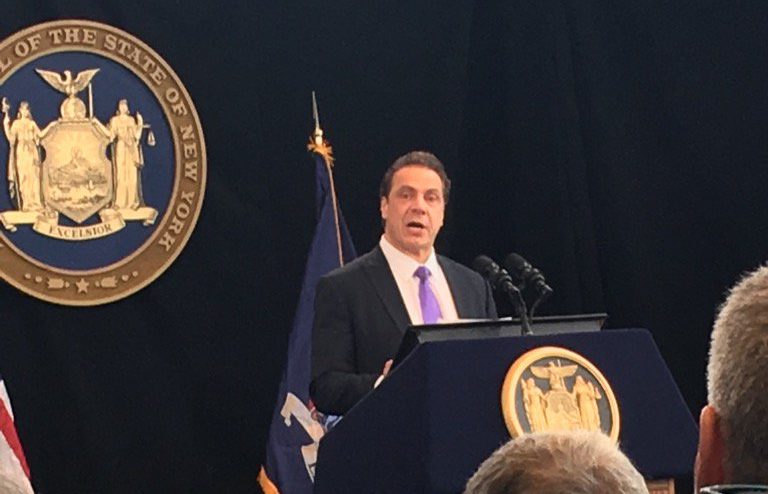 Big news!  At Monday’s State of the State Address, New York Governor Andrew Cuomo signed two executive orders to help eliminate the wage gap and promote women’s equality in the Empire State. As a leader in New York’s efforts to close the wage gap and promote economic fairness and security for all workers in New York, A Better Balance applauds these two new policies.
Executive Order 161 prohibits state entities from asking prospective employees about their salary history so that individuals, primarily women, are not disadvantaged throughout the course of their careers. Women in New York still only make 87 cents for every dollar a man earns for the same work. Prohibiting state employers from asking about one’s previous salaries is a crucial step towards closing the wage gap and ensuring that women and minorities are equally compensated for their work.
Executive Order 162 requires all state contractors to disclose data on the gender, race, ethnicity, job title, and salary of all its employees in all state contracts, agreements, and procurements issued and executed on or after June 1, 2017. New York State spends billions of dollars on state contracts each year. It is crucial that the State establish a model of transparency to ensure that contractors are held accountable for gender and race disparities in hiring and compensation.
The Governor’s announcement builds on the passage of the New York Women’s Equality Act and groundbreaking Paid Family Leave Law and will help further ensure that New York women earn the pay they deserve.
In these times of uncertainty and confusion, New York remains a beacon of hope for people of all backgrounds.
ABB is proud to be a leader in the fight for justice and opportunity for New York women and families and we thank you for all your support in helping us achieve this latest victory.
Share This
Related Posts

The U.S. is facing a maternal and infant health crisis—one that is disproportionately impacting Black women and women of color—as highlighted in a recent Congressional hearing. Although this problem and its solutions are multifaceted, one key piece to addressing this crisis is the need to ensure our workplaces are safe and supportive environments for pregnant workers and mothers. Unfortunately, the reality is that too many pregnant workers and new mothers are forced to risk their health at work—especially those women in low-wage and physically demanding jobs, who are largely women of color.