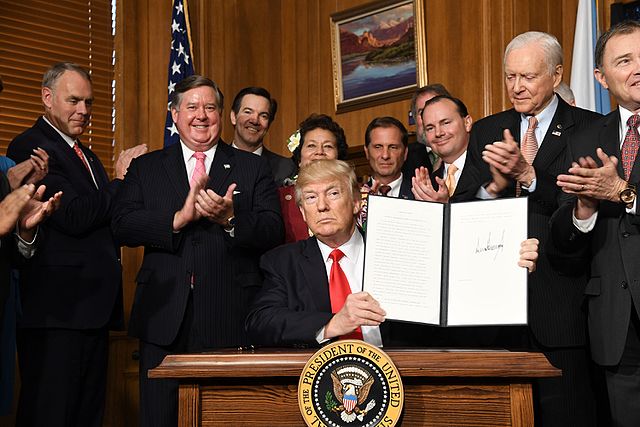 With Congress unable to “repeal and replace” the Affordable Care Act (ACA), President Trump is picking up the executive pen in an attempt to undermine the law that has provided health insurance and peace of mind to millions of Americans. This latest assault on healthcare not only stands to destabilize the insurance marketplaces that so many workers and their families rely on, but also makes it harder for states to set their own health insurance standards to ensure strong coverage for their residents.

Among other potentially disastrous changes, one of President Trump’s recent executive orders aims to make important changes to Obama-era regulations around association health plans, which allow individuals and small employers to band together to purchase health insurance. The order would allow members of association health plans to buy health plans across state lines, undermining the ability of states to set minimum standards for plans sold to their residents. This federal action means that states won’t be as able to effectively set higher standards for insurance in their own states, setting the stage for a “race to the bottom.”

At A Better Balance, we’re fighting back against these types of attacks on the ability of progressive jurisdictions to set their own policies reflecting their views and values. We recognize the immense impact that comprehensive health insurance has on the lives of working families and strongly oppose this latest attempt to undermine not only the ACA but also state health insurance regulations. As the Trump Administration works to implement his latest Executive Order, we will fight to defend everyone’s right to quality healthcare.

For the first time in history, Congress is addressing the need of workers for paid sick time for themselves or some close family members when impacted by the coronavirus. The bill that was passed last night provides for 10 paid sick days and 12 weeks paid leave for those who are sick from the coronavirus, quarantined, affected by closures or caring for a close family member who is sick, quarantined or affected by closures of schools.