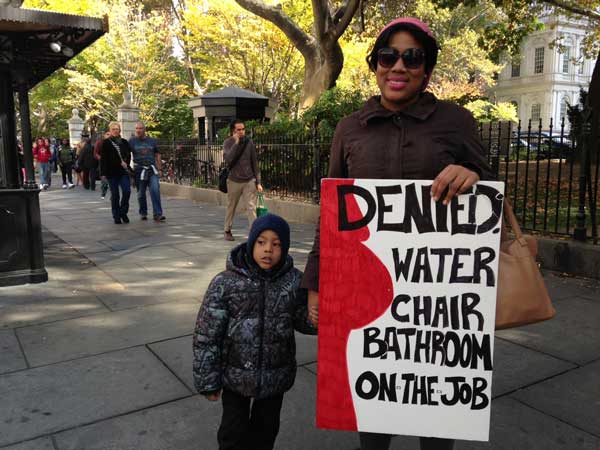 Last week, Judge Loretta Preska of the U.S. District Court for the Southern District of New York dismissed a class action suit alleging that Bloomberg L.P. discriminated against pregnant women and mothers returning from maternity leave. In her decision, Judge Preska said that the Equal Employment Opportunity Commission (EEOC) failed “to demonstrate that discrimination was Bloomberg’s standard operating procedure, even if there were several isolated instances of individual discrimination.” As reported in the New York Times, Judge Preska went on to write “The law does not mandate ‘work-life balance,’” nor does it “require companies to ignore and stop valuing ultimate dedication, however unhealthy that may be for family life.”

Although many cases still fall through the cracks, pregnant women and new mothers who encounter unfair bias in the workplace are increasingly suing, winning, and reaping substantial awards or settlements. Let’s not confuse the court’s finding in the Bloomberg case—specifically, that there was insufficient evidence to show “a pattern or practice of discrimination” with this simple and important fact.

However, in light of the significant challenges involved in litigating classwide discrimination cases, New York—along with the federal government—must explore new, targeted legal reforms and other strategies, including greater public education, to ensure pregnant women and new mothers do not face devastating career consequences simply for becoming pregnant and taking maternity leave. This is not a “balance” issue, but a critical women’s rights issue.